“No procurement, no lawyers, no meetings, no delay please – just send immediately," he said. 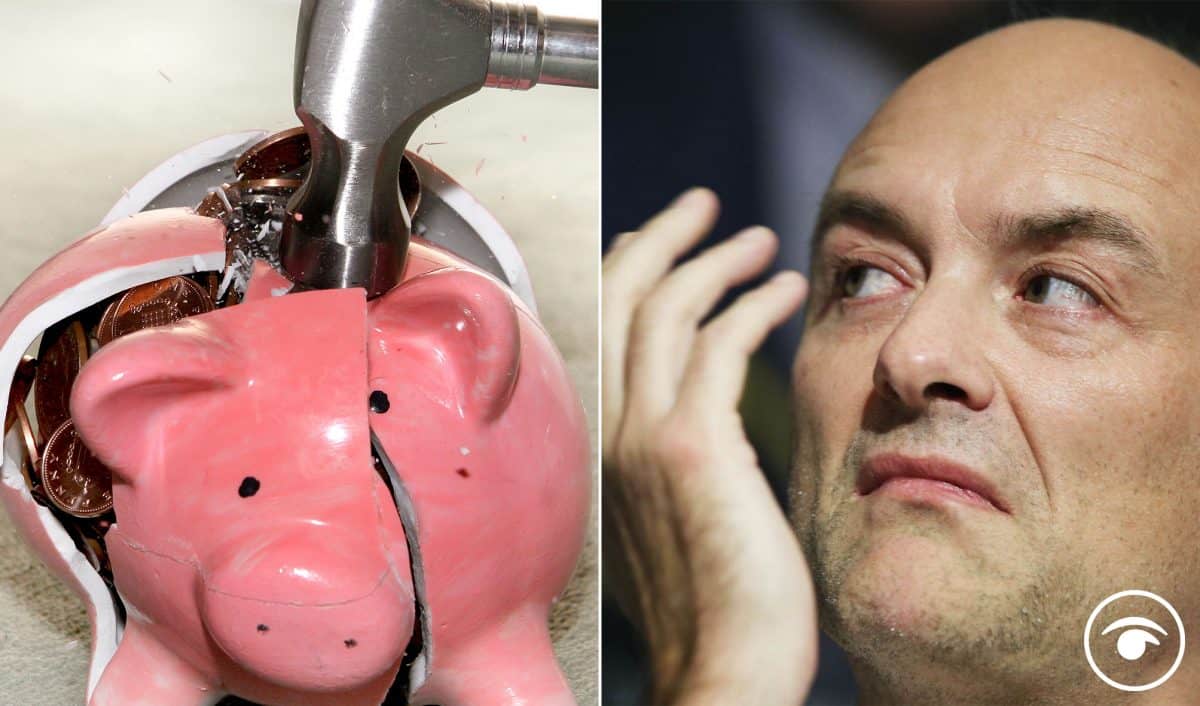 Dominic Cummings tried to fast track a £530,000 grant to an external data team at the start of the pandemic – bypassing normal Whitehall procedures, leaked emails suggest.

Boris Johnson’s former top adviser urged civil servants to issue the payment with “no procurement, no lawyers, no meetings, no delay”, according to messages seen by The Guardian, the BBC’s File on 4 and Source Material.

The Government department involved – the Department for Health and Social Care (DHSC) – insisted that due diligence had been followed in issuing the grant.

However, Labour said it was another example of the Government’s “disdain” for the rules governing the use of taxpayers’ money under Mr Johnson’s leadership.

Mr Cummings’ intervention, in March 2020, followed a request from Our World in Data – a research project run by a not-profit organisation and Oxford academics – which said it needed funding to retain staff generating data on the pandemic.

“No procurement, no lawyers, no meetings, no delay”

The request was said to have been passed to health secretary Matt Hancock who emailed Matthew Gould, the head of NHSX – the unit responsible for the digital transformation of the NHS – saying he supported the grant.

It was then followed by an email to Mr Gould from Mr Cummings stating: “Someone please ensure that they have the 530k within 24 hours from now and report back to me it’s been sent.

“No procurement, no lawyers, no meetings, no delay please – just send immediately.”

Mr Gould expressed concern, saying his team could meet the request through the DHSC and “have the money in place by tomorrow”, but it would mean “waiving the normal grant-giving process”.

He wrote to another official: “I don’t want to do anything untoward, but given the secretary of state’s and Dom Cumming’s strong steer I’d really welcome your help/advice/green light.”

The grant was subsequently issued in four instalments from summer 2020.

Mr Cummings, once Mr Johnson’s closest adviser, left the No 10 in November amid the fallout of an internal power struggle and has since become a vehement critic of the Government’s handling of the pandemic.

Labour deputy leader Angela Rayner said: “This Government under Boris Johnson’s leadership clearly think the rules do not apply to them.

“Time after time the Tories have shown a disdain for the rules and laws governing how taxpayers’ money is spent.

“Emergency suspension of procurement rules needs to end and due process must be followed.”

A Government spokesman said: “The Government has done everything it could to stop the spread of infection and to save lives, while following proper processes.

“Every contract agreed by the Government with partners has proper due diligence carried out on it, with these checks taken extremely seriously to ensure our contracts deliver results and value for money.

“As part of this national effort, we harnessed the best of the public and private sectors to develop the tools to keep people safe including the NHS Covid-19 app which is estimated to have stopped 600,000 infections and saved more than 8,700 lives.”

The Guardian and the BBC said Mr Cummings had been contacted for comment but had not responded.