Daily cases have halved in Havana since the start of the vaccination campaign a month ago, using Abdala. 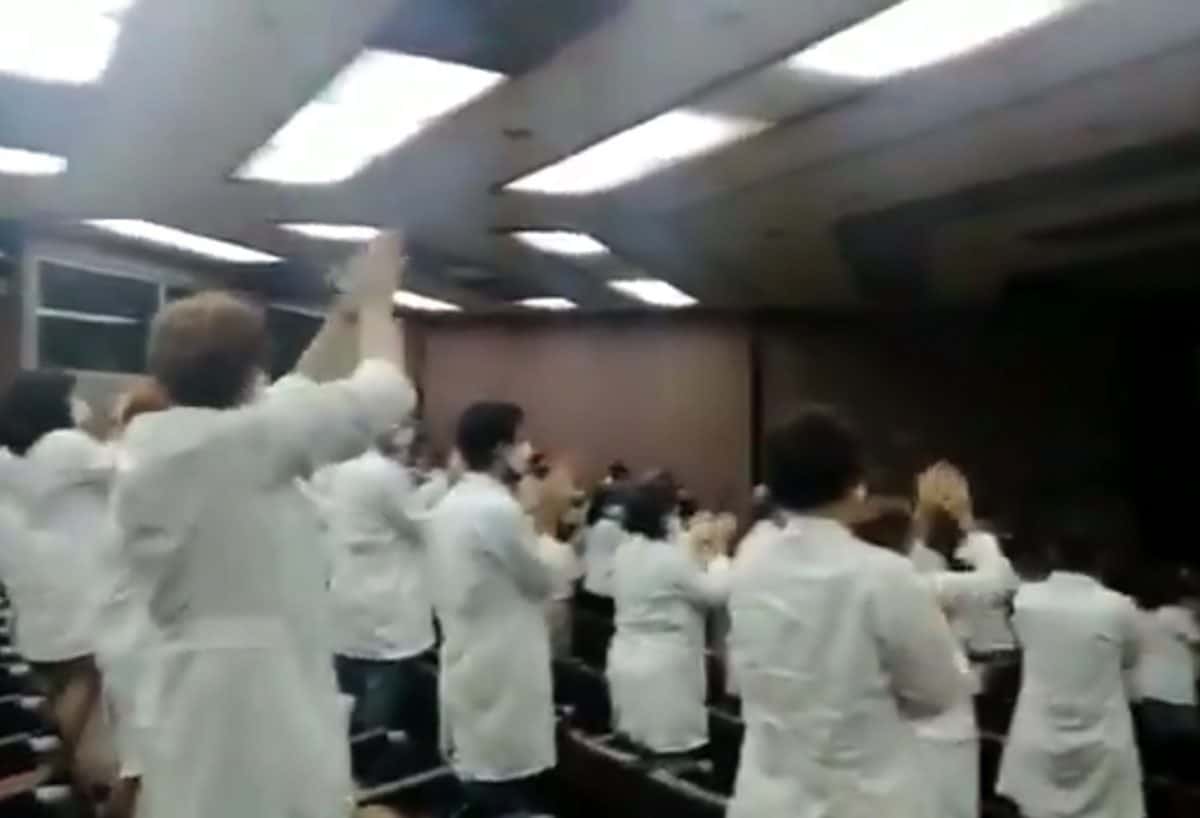 Footage of Cuban scientists celebrating the results of a newly-developed Covid vaccine has emerged on social media – with the communist country boasting one of the highest efficacy rates in the world.

The three-shot Abdala vaccine against the coronavirus proved 92.28 per cent effective in last-stage clinical trials.

The announcement came just days after the government said another homegrown vaccine, Soberana 2, had proved 62 per cent effective with just two of its three doses.

“Hit by the pandemic, our scientists at the Finlay Institute and Center for Genetic Engineering and Biotechnology have risen above all the obstacles and given us two very effective vaccines,” President Miguel Diaz-Canel tweeted.

Here are Cuban scientists celebrating when they found out that the COVID vaccine THEY had been working on (Abdala) is 92.28% effective, among the highest in the world.

Cuba, we are clapping with you ??

The announcement came from state-run biopharmaceutical corporation BioCubaFarma, which oversees Finlay, the maker of Soberana 2, and the Center for Genetic Engineering and Biotechnology, the producer of Abdala.

The Caribbean’s largest island is facing its worst COVID-19 outbreak since the start of the pandemic following the arrival of more contagious variants, setting new records for daily coronavirus cases.

But daily cases have halved in the capital, Havana, since the start of the vaccination campaign a month ago, using Abdala, according to official data.

About a million of the country’s 11.2 million residents have been fully vaccinated to date.