The prominent red top is deleting hurtful articles and posting notes about suicide awareness under the ones that remain. 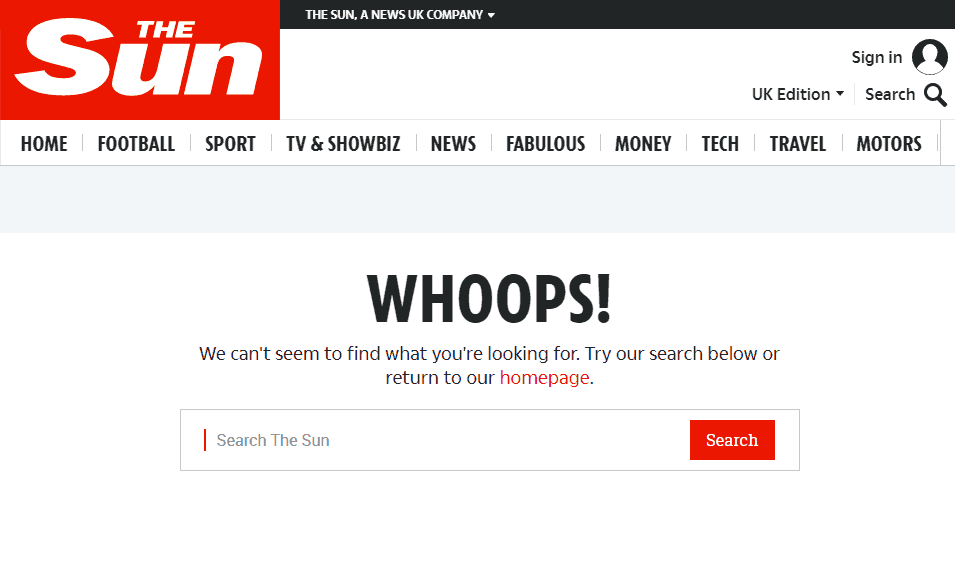 The Sun has removed an article poking fun at Caroline Flack following the tragic death of the TV star.

The now-deleted piece reported that a Valentine’s Day card was on sale which referenced allegations that she hit her boyfriend Lewis Burton over the head with a lamp in a fight.

The prominent red-top is also posting notes about suicide awareness under the articles that have been published since.

The death of Flack has raised serious questions about the media treatment of celebrities.

She was found dead at her London flat at the age of 40 this weekend after taking her own life.

A petition has been launched calling for a Government inquiry into the British press, garnering over 200,000 signatures in under 24 hours.