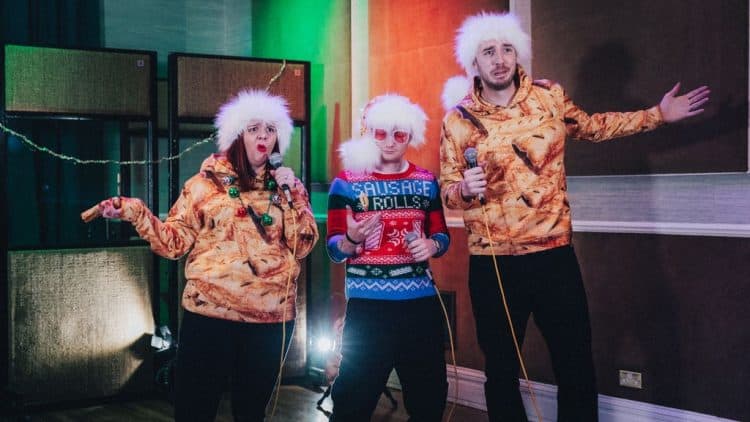 LadBaby made chart history earlier this week by securing the Christmas number one for a fourth consecutive year.

The song is a sausage roll-themed charity rework of Sheeran and Sir Elton’s own new festive single Merry Christmas,

The record was officialised by Guinness World Records who congratulated LadBaby on Twitter.

“Congratulations and a very merry Christmas to @LadBabyOfficial,” the GWR account wrote.

“Most consecutive Christmas No. 1s on the UK’s Official Singles Chart.”

The milestone means LadBaby surpasses music titans The Beatles and Spice Girls, who are the only other acts to score a consecutive hat-trick of festive number ones.

But as Russell England pointed out on Twitter, there was a sad irony to the landmark.

LadBaby released the track in aid of the Trussell Trust food banks, which have seen record demand of late.

According to the most recent figures, food bank use in the UK is still “well above” what it was before the coronavirus pandemic, with an increasing number of emergency parcels feeding children.

Do They Know It’s Christmas?

In 1984, the Christmas number 1 was Do They Know It’s Christmas by Band Aid, with proceeds from the single helping to feed children in Africa.

Bob Geldof’s cautious hope was that the single would raise £70,000 for Ethiopia, but “Do They Know It’s Christmas?” raised £8 million within twelve months of release.

LadBaby has accumulated136,000 chart sales so far, the OCC reports, with proceeds going to children and families in the UK.