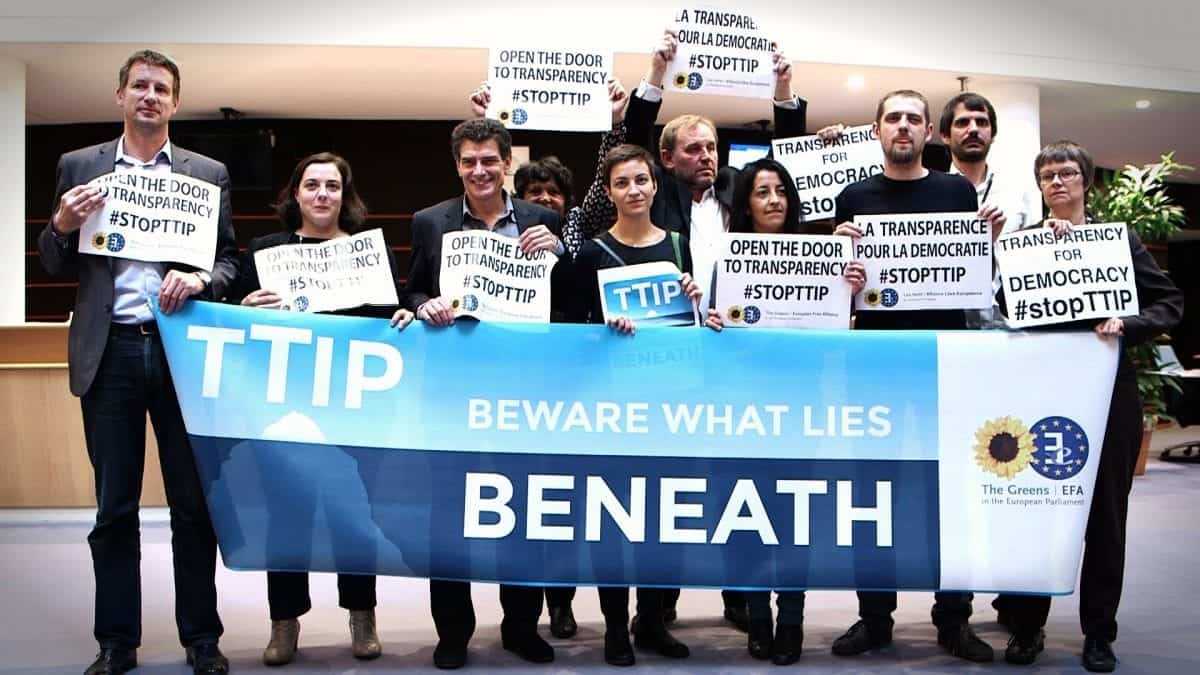 Leading barrister Michael Bowsher says the Transatlantic Trade and Investment Partnership (TTIP) does allow for private US firms to snap up NHS contracts.

The legal analysis has also revealed that the controversial TTIP (Transatlantic Trade and Investment Partnership) deal would mean NHS privatisation maybe irreversible for future governments. The controversial trade deal would give investors new legal rights, which extend beyond both UK and EU law as well as NHS contracts.

The US-EU deal is aimed at removing trade barriers between the world’s two biggest trading blocs. The threat to the NHS from the deal may yet prove a rallying point for leftwing out campaigners in the upcoming EU referendum, desperate to try and keep the NHS away from big business.

Micheal Bowsher QC was asked by Unite union to prepare legal advice on the potential outcomes of TTIP on the NHS. Bowsher said: “We consider that the solution to the problems TTIP poses to the NHS – and which is likely to provide the greatest protection – is for the NHS to be excluded from the agreement by way of a blanket exception contained within the main text of TTIP.”

Bowsher also warned that it could allow private companies with links to NHS contracts to win higher levels of compensation through bypassing domestic courts.

Gail Vartmail, Unite’s assistant general secretary, said: “The UK government has no right to allow EU bureaucrats to negotiate away our ability to control the future of our NHS. David Cameron has the power to exclude the NHS from the trade deal – he must act and prevent the irreversible sale of our NHS.

A BIS (Department for Business, Innovation and Skills) spokesperson said: “The NHS is under no threat whatsoever from the TTIP deal or any other trade and investment agreement. It cannot force the UK to privatise public services or prevent it from regulating in the public interest and any suggestion to the contrary is both irresponsible and false.”

Watch: Hartley-Brewer and RMT’s Eddie Dempsey clash over wages and is left with egg on her face