By Joe Mellor, Deputy Editor It looks like the Chancellor’s much heralded “Northern Powerhouse,” is not quite going according to plan, which may come as not much of a surprise to people living there. Osborne will be saddened to hear that more start-ups were launched in a single London postcode than in every city and […] 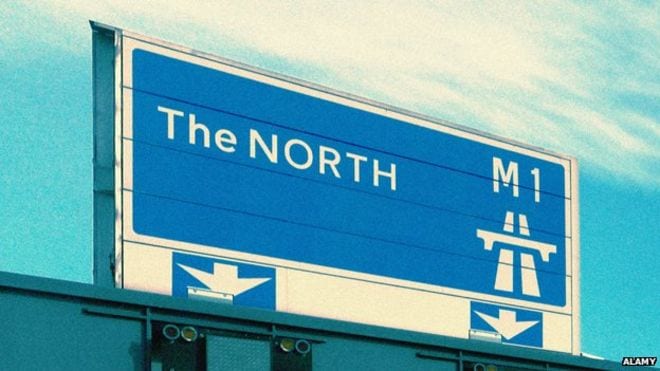 It looks like the Chancellor’s much heralded “Northern Powerhouse,” is not quite going according to plan, which may come as not much of a surprise to people living there.

Osborne will be saddened to hear that more start-ups were launched in a single London postcode than in every city and town in Yorkshire.

The inability to grow hi-tech businesses outside of the capital will only widen the UK “digital divide.” It was hoped that the North of England could replace jobs lost in traditional industries, steel for example, with cutting edge technology roles, but this isn’t happening at the rate hoped.

In a speech this evening the former Labour leadership contender Yvette Cooper is expected to say: “Work is changing fast but politics is being left behind. Politicians and public policy makers are analogue in a digital age, task rabbits caught in the headlights.

“There are some amazing new opportunities thanks to fast moving technology – but inequality is widening and new injustice and exploitation is growing. There were more new start-ups and tech jobs in one narrow London postcode than in all the towns in Yorkshire put together.”

Cooper will make these points as she is unveiled as chairman of the Centre for Changing Work set up by the Fabian Society and Community Union.

She is also expected to say: “Right now we aren’t offering enough hope to those who want new opportunities or security to those who feel threatened by change.

“Much as we may argue amongst ourselves about whether we are too right wing or too left wing, the right question is whether our whole labour movement is being left behind.”