A spending frenzy budget that omitted one of the biggest campaign promises of the referendum. 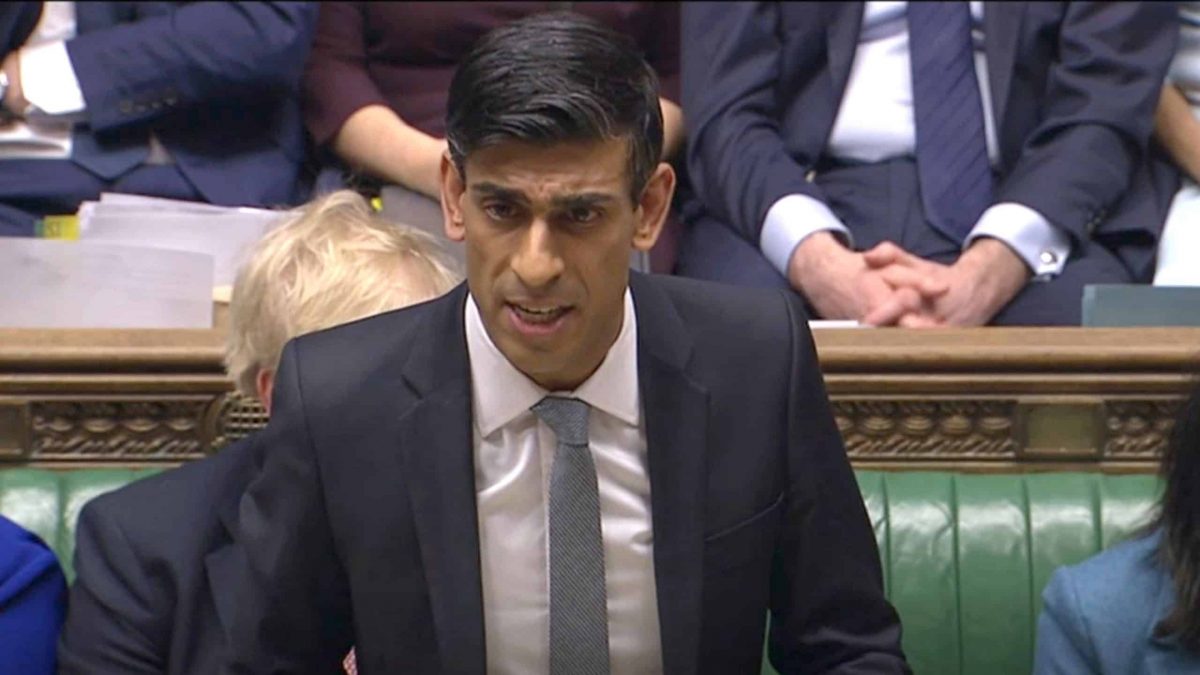 Amid the spending frenzy that was the Spring Budget there was one gaping omission; no £350 million a week for the NHS.

As the health service prepares to battle a pandemic the Treasury was forced to confirm that it will not be getting the cash promised during the referendum.

And he will hike the immigration surcharge to £624 per year for an adult, a move branded “shameful” by SNP MP Stewart McDonald who said it typified the hostile environment the Tories are trying to create.

Indeed, there were few upsides from leaving the EU in the budget.

Britain is expected to be overall poorer by £1,200 per person because of Brexit’s economic drag, according to the government’s spending watchdog.

The chancellor’s red budget book shows the gross EU contributions saved by the UK will be around £42 billion over the next five years, rather than the £91 billion claimed under the false figure publicised by Boris Johnson in 2016.

But the money is not expected to benefit the public finances as the majority needs to be spent on British domestic replacements for EU programmes.

It comes as the government’s own Office for Budget Responsibility (OBR) puts the cost to the British economy of Brexit so far at around 2 per cent of GDP a year, or about £40 billion.

“We estimate that the economic effects of the referendum vote have so far reduced potential output by around 2 per cent, relative to what would have happened in its absence,” the OBR said in its analysis released alongside the budget.

“Part of this reflects lower net inward migration, but mostly it reflects weaker productivity growth on the back of depressed business investment and the diversion of resources from production towards preparing for potential Brexit outcomes.”