Organisers estimate over a million people marched through the capital’s streets to Parliament square to ask for the public to have the final say on Brexit options. Speakers addressed the many from all over Britain thronged into Parliament Square. “Brexiteers told us we would have £350 million extra for the NHS – they lied. They […] 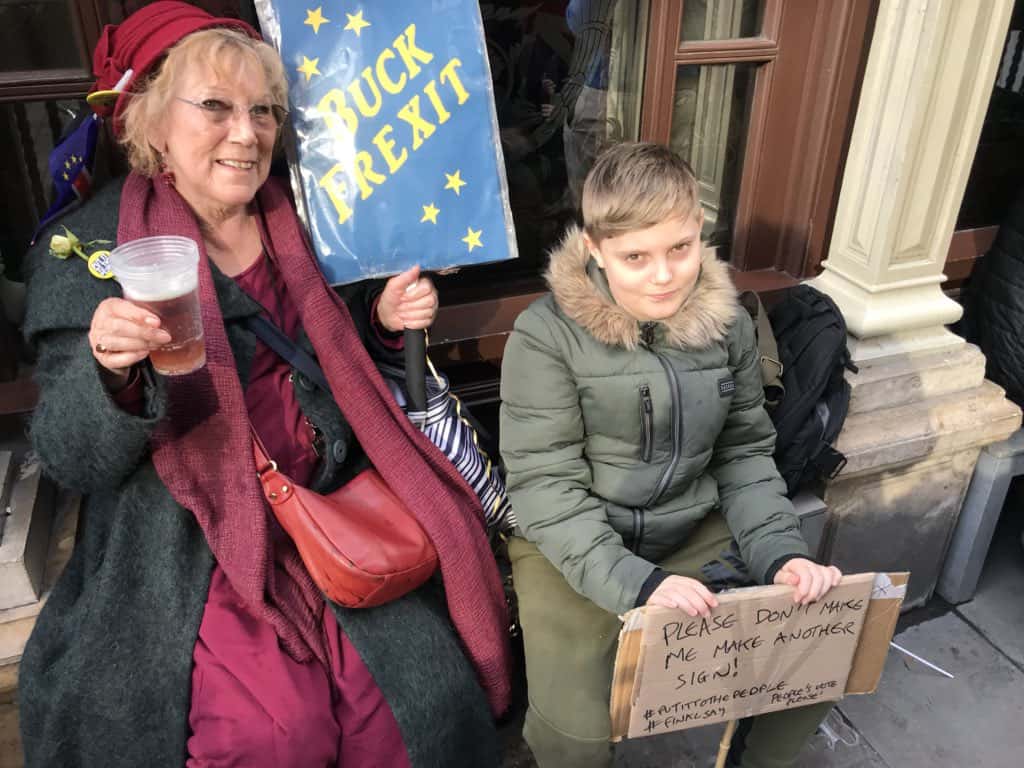 Organisers estimate over a million people marched through the capital’s streets to Parliament square to ask for the public to have the final say on Brexit options.

Speakers addressed the many from all over Britain thronged into Parliament Square.

But the real stars weren’t the speakers from across the political spectrum, they were those of all ages who had come to make their feelings known.

And many had gone to great effort with imaginative placards.

Anyway these were some of our favourites:

David Cameron, conspicuous by his absence from politics after his great EU Referendum gamble, was present on a lot of home-made signs…

As was Rees-Mogg’s unique brand of disaster capitalism.

Not sure if Uri Geller does plastic spoons, mind.

What we are all thinking, thanks:

And a reference to Boaty McBoatface – a public vote to choose a name for a polar ship, where the government judged the public’s choice to silly to act on…

Meanwhile on his March To Leave, Nigel garage addressed a crowd of fewer than 200, while yet again he was trolled by his own words: