The retailer said it would receive £585 million worth of taxpayer relief as part of the business rates holiday for the current financial year. 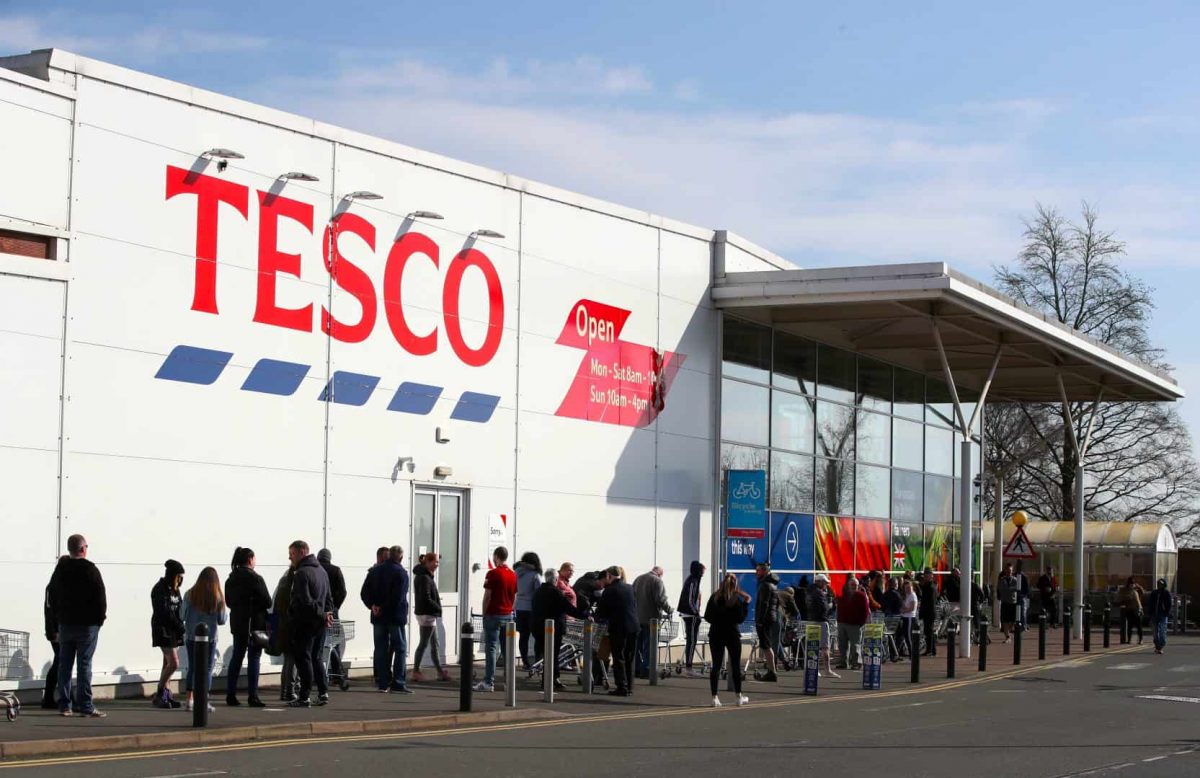 Tesco has defended paying out £900 million in dividends to investors despite securing a £585 million tax break from the Government.

Politicians and analysts have scrutinised the supermarket giant’s “aggressive” move to hand cash to shareholders, despite swathes of major firms suspending payouts in the face of the coronavirus pandemic.

Chief executive Dave Lewis defended the decision, saying that the cash payout is “reflective of last year’s performance and the strength of the business” and ordinary people with shares stand to benefit.

“We looked at whether the business needs more liquidity even in the most stressed scenario and it was decided we do not,” he said.

“We have a strong balance sheet and we do not need surplus cash.”

Tesco shareholders will receive 9.15p per share in its first shareholder dividend in five years.

The retailer said it would receive £585 million worth of relief as part of the business rates holiday for the current financial year which the Chancellor announced as part of measures to support companies impacted by the virus.

The member of the Treasury select committee said: “It’s an absolute scandal that the government is providing this tax break to Tesco while millions of self-employed and freelance workers, even those who qualify, cannot get any money until June.”

Joe Healey, investment research analyst at The Share Centre, said: “It appears there are no signs of Tesco taking the foot off the pedal on its dividend distributions, something that will please investors.

“In my opinion, this is a somewhat aggressive move by a company who has openly announced a significant uptick in costs associated with the pandemic, defying similar companies such as Morrisons which has deferred dividends in an effort to preserve cash.”

It came as Tesco said that “significant panic-buying” in recent weeks cleared its supply chain of certain items as sales jumped by 30 per cent.

The supermarket giant said supply has now stabilised across the group as it reported its latest annual figures.

Bosses at the retailer said surging demand resulted in the sale of six million tins of baked beans, 3.3 million tins of tomatoes and 3.6 million packs of toilet roll each week as stockpiling increased.

It said 10 per cent of shoppers bought 30 per cent of products while it also reported stockpiling was most prevalent in the South East.

Tesco said operating costs are expected to be between £650 million and £925 million higher as a result of the pandemic, with vast amounts spent on recruitment and expanding its delivery business.

The company has recruited 45,000 more staff members in the past two weeks in a bid to cope with soaring demand.

Numerous workers have been appointed as drivers and pickers to help expand its delivery business.

Mr Lewis stressed that ensuring deliveries can be made to the most vulnerable customers is a “live issue”, with the Government providing the supermarket with an initial list of 110,000 people to reach out to.

The retailer said it has increased its number of home delivery slots by around 20 per cent to 805,000 a week, with plans to increase this further.

Mr Lewis said: “On the shop-floor I’ve seen a greater amount of change in the last two weeks than for probably about the last 10 years.”

Tesco said no member of staff has been furloughed but 50,000 staff are currently absent on full pay.

Mr Lewis added: “Covid-19 has shown how critical the food supply chain is to the UK and I’m very proud of the way Tesco, as indeed the whole UK food industry, has stepped forward.

“Initial panic-buying has subsided and service levels are returning to normal.

“There are significant extra costs in feeding the nation at the moment but these are partially offset by the UK business rates relief.

“Tesco is a business that rises to a challenge and this will be no different.”

Related: Business leaders: We want to hear from you