Teenagers stood inside a metal cage outside U.N. headquarters in Geneva on Monday to punctuate a protest by American and Mexican activists demanding that migrant children in U.S. custody be reunited with parents seeking asylum. U.S. President Donald Trump has made reducing illegal immigration one of his signature policy pledges amid a surge of migrants […] 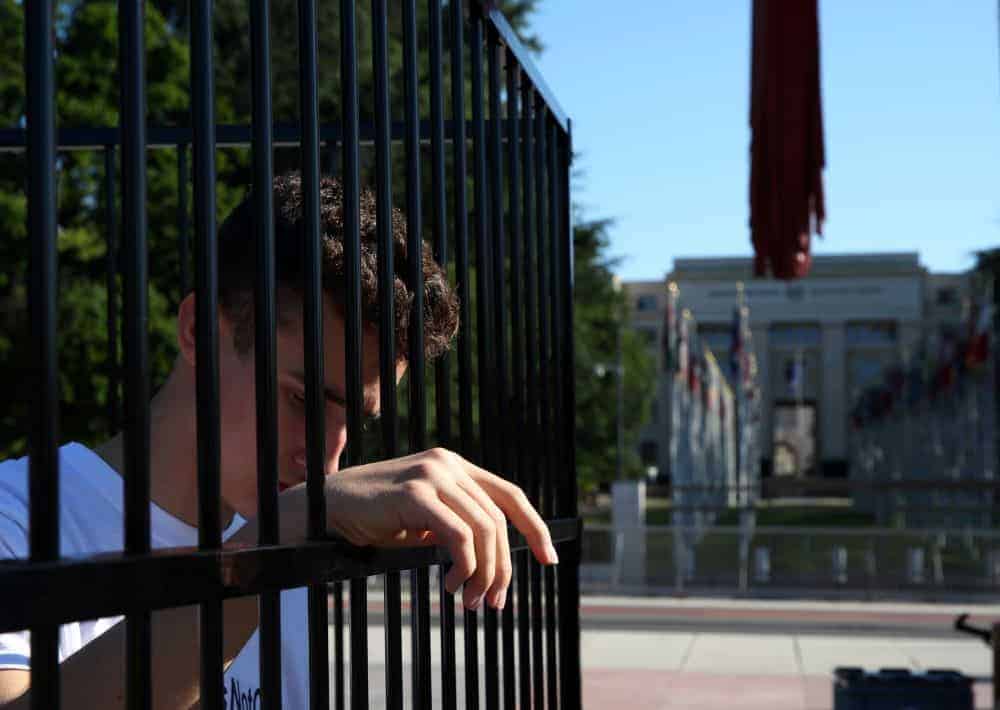 Teenagers stood inside a metal cage outside U.N. headquarters in Geneva on Monday to punctuate a protest by American and Mexican activists demanding that migrant children in U.S. custody be reunited with parents seeking asylum.

U.S. President Donald Trump has made reducing illegal immigration one of his signature policy pledges amid a surge of migrants trying to cross from Mexico into the United States.

Mexico struck a deal with Washington 10 days ago to avert punitive U.S. tariffs over the issue, which forces the mostly Central American asylum seekers to await the outcome of their U.S. asylum claims in Mexico.

Youths inside a black metal cage wore T-shirts marked #ClassroomsNotCages during a protest in front of the United Nations’ European headquarters. Protesters carried signs saying “Children should not be locked up. Period.”

The American Federation of Teachers filed a complaint with the U.N. Human Rights Council last year about what it calls an “inhumane (U.S.) policy of tearing immigrant children from their families who come to our borders seeking asylum and protection”.

“In the past five months, 2,500 children have been separated from their parents at the U.S.-Mexico border. This is despite a judge’s order to stop and to reunify the children,” Randi Weingarten, AFT president, told a small gathering.

“Six children have died. We are saying to the Human Rights Council: Hear us and help us!”

A Council spokesman said that its complaint procedure is confidential and lengthy. A spokeswoman for the U.S. mission in Geneva said it did not have a comment.

Alfonso Cepeda Salas, secretary-general of SNTE, a teachers’ union in Mexico, said: “We are here to express our profound indignation at the policy of separating children from their families. Enough, no cages for these children!”

The Trump administration said on Friday it was changing the way it vets people who want to sponsor minors who crossed the border alone in an effort to speed up the release of thousands of migrant children. About 13,200 children are in custody, a spokeswoman said.

Most of those caught attempting to enter the United States are people fleeing poverty and violence in Guatemala, Honduras and El Salvador.

Sandra Cordero, director of the U.S. aid group Families Belong Together, said it had recently reunited children in custody with their 29 families to lodge asylum claims.

“We know that this is only the tip of the iceberg and there are still hundreds and maybe thousands of families out there.”