In a separate incident a man in his 40s was shot outside a house owned by comedian Russell Kane. 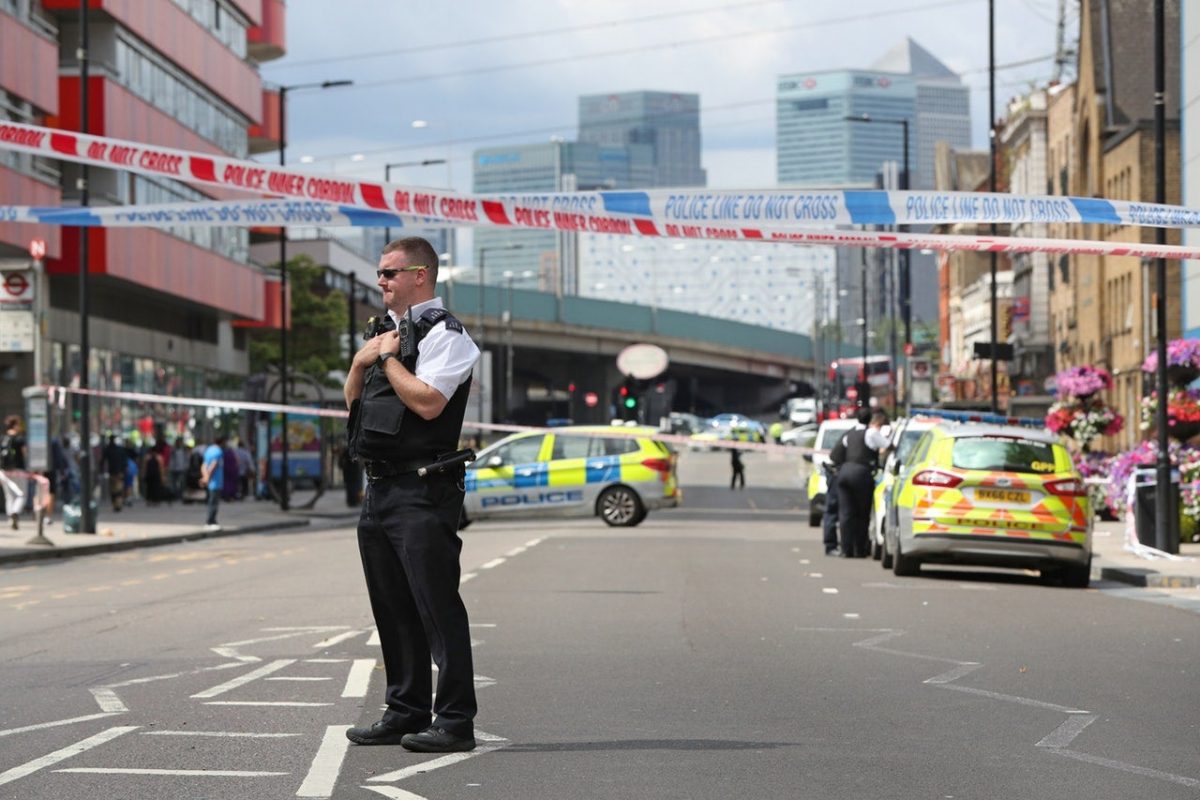 A police officer at the scene of a stabbing in Canning Town, east London (Jonathan Brady/PA)

A teenager has been stabbed to death in a knife attack on a south London high street.

The youth, in his late teens, died at the scene in Brighton Road, Purley on Thursday.

Another teenager is in a stable condition in hospital after he was found with non-life-threatening stab injuries nearby.

A third teenager was also taken to hospital for treatment to non-life-threatening injuries after he was found close to Purley train station with a slash wound.

Officers were called to the scene at about 9.10pm on Thursday with police, paramedics and London’s Air Ambulance attending.

“Despite their efforts, a male, believed to be aged in his late teens, died at the scene at 9.50pm,” a police spokesman said.

Crime scenes were set up along Brighton Road, while a section 60 order, giving police special search powers, was authorised.

The victim of the fatal stabbing has not been identified.

A man in his 40s is in a critical condition after he was shot outside a house owned by comedian Russell Kane in Woodford Green, north-east London.

Armed officers, along with medics, were called to the scene and the victim was taken to hospital with gunshot injuries. Scotland Yard said no arrests have been made.

The house is understood to be rented to tenants by Kane, who lives in Manchester.

His spokeswoman said: “Russell’s thoughts are with the victim and his family at this terrible time.  No further comments will be made whilst the incident is being investigated by the police.”

In a separate incident, a man believed to be in his 20s was stabbed in Barking Road in Canning Town, east London on Friday morning.

The victim was taken to hospital, where his condition is not yet known.