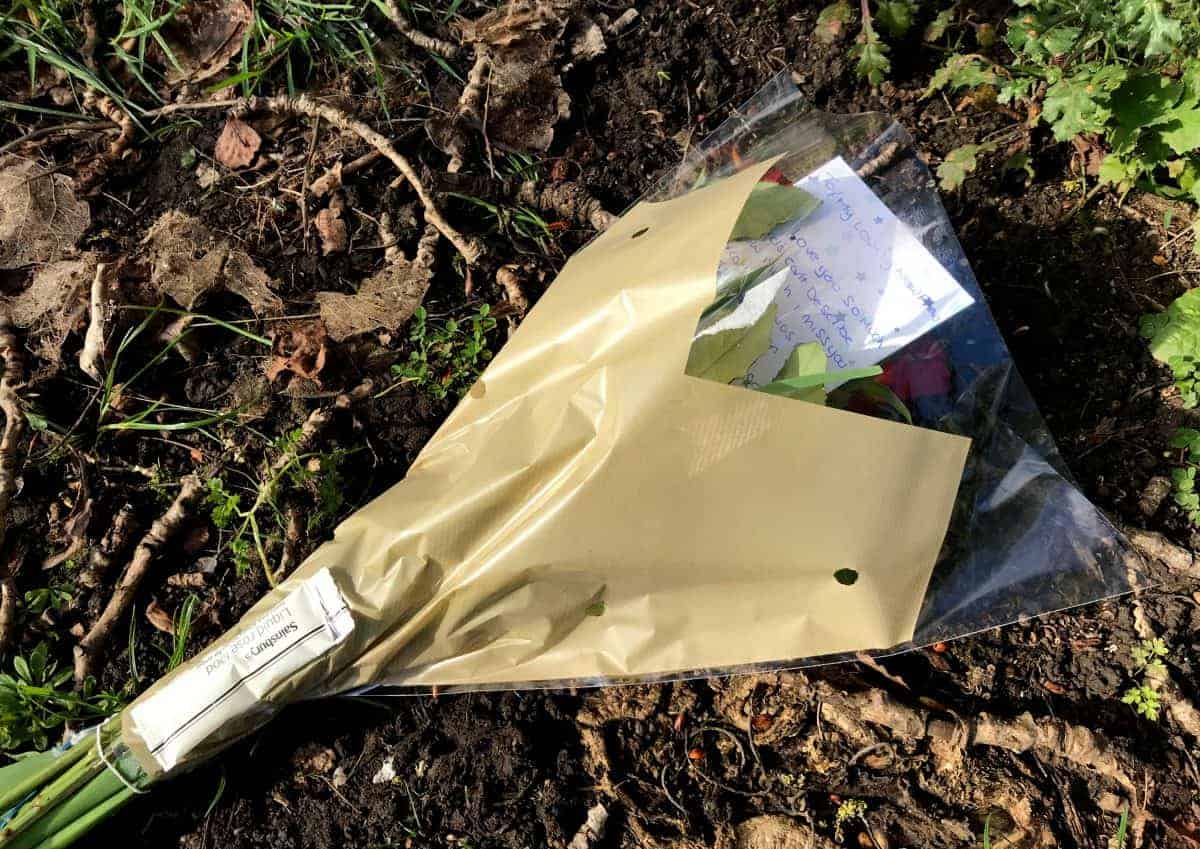 A teenage boy knifed to death in broad daylight was described as “too good to die.”

Paramedics tried to save the teen’s life at the side of a main road at Woolwich Common, but he died at the scene.

He was the fifth teenager to be murdered in the capital this year, four of whom have been stabbed to death.

A woman believed to be the victim’s aunt laid red roses in the place where he died today (Mon) with a handwritten note.

The note read: “To my loving nephew. Words can’t describe how much I miss you already.

“You were funny, lovely little man. You were too good to die.”

A Police Community Support Officer was stood by the police tape, tied onto trees in front of a small wooded area.

Police believe they know the identity of the deceased and have informed next of kin. A post-mortem will be held in due course.

A Met Police spokesman said: “Officers attended with the London Ambulance Service and found the victim, believed to be aged 18, in the Woolwich Common area.

“Despite the efforts of passers-by, police and paramedics, the man died at the scene.

“The Specialist Crime Command have been informed and urgent enquiries are underway to establish what happened.

“A crime scene and road closures are in place.

“Reducing violent crime on the streets of London continues to be the Met’s top priority.

“We are working tirelessly – day and night – to take weapons off the street, engage and reassure the public, and keep our communities safe.

“The public also play a huge role. We need to hear from anyone who has information about a crime, or about someone they suspect to be carrying a weapon.”