Roland Midgley, 74, undid one boys trousers after telling him 'he needed to get some air' and flicked another pupil's genitals with the back of his hand 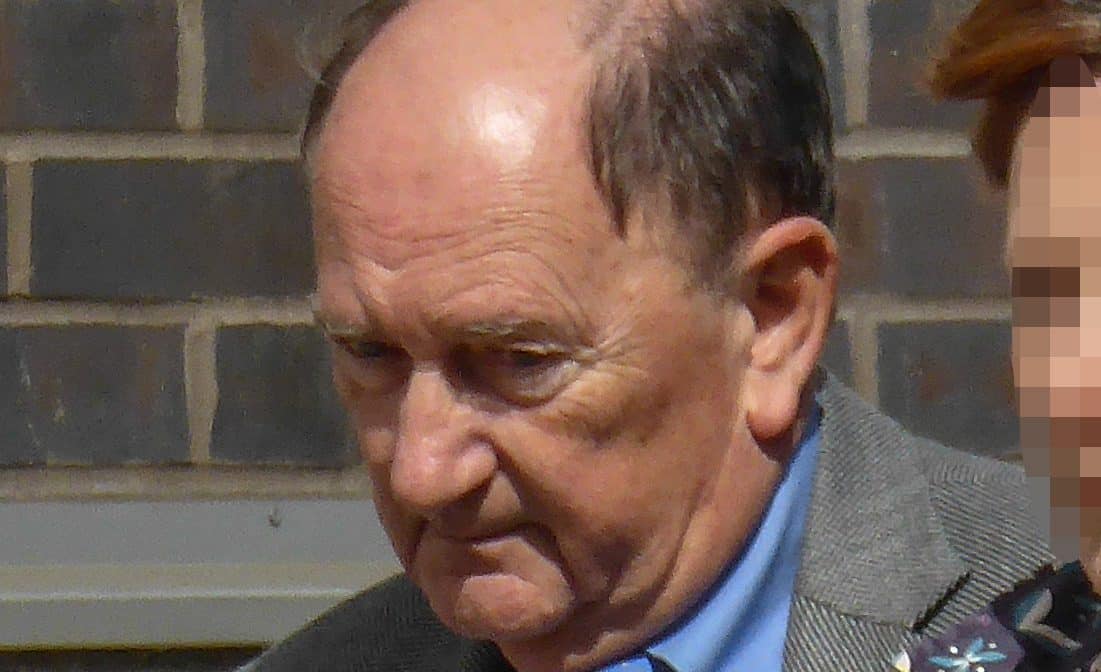 A pervert teacher who sexually abused teenage pupils at his school during the 70s and 80s has been SPARED prison.

Roland Midgley, 74, made one pupil undo his trousers and told him “he needed to get some air” and flicked the genitals of another after forcing him to pull a “moonie”.

A court heard how the pensioner abused his position of trust while working as a woodwork teacher at Kineton High School in Warwickshire.

He had already been released from prison earlier this year, serving part of a three-and-a-half-year sentence for three charges of indecent assault.

The two new victims came forward in April 2017 after they saw posts on Facebook relating to the trial.

He was charged with two further counts of indecent assault on the victims, aged 12 and 13 at the time, on the day of his release.

On Friday (15/3) he avoided jail after admitting the charges and was handed a 12-month prison sentence, suspended for two years at Warwick Crown Court.

The offences took place in the 1970s and 80s at Kineton High School, Warks, where the woodwork teacher had worked from 1967 until his retirement in 2000.

The first victim was 13-years-old was at the school during the 1970s and had cut his hand during a class.

Midgley took him into a store room, on the pretext of treating the wound, where he undid the boy’s trousers, exposing his underpants, telling him: “You need to get some air.”

They were disturbed by another teacher, and the boy did up his trousers and left the room.

The other boy, who was 12-years-old was at the school in the 1980s and got into trouble for “mooning”, exposing his backside on a bus.

He was sent to Midgley’s office where he was told to demonstrate what he had done.

When the boy dropped his trousers, Midgley flicked his genitals twice with the back of his hand.

Sentencing, Judge Anthony Potter said: “You have today finally admitted what you did to children in your care.

“I have no doubt Recorder Syfret [the previous trial judge] set out quite clearly the way society views people like you who are granted authority over children and have responsibility for their pastoral care and abuse that trust.

“You had very real authority in the 1980s, at a time when society was more regimented, and sorely abused that trust.

“You manufactured in a small room at Kineton High School a scenario where you got, quite unnecessarily, [the boy] who you were purporting to discipline, to demonstrate what he had done.

“You then briefly fondled him by flicking his genitals, and you did that, as you have now admitted, with indecent thought in your mind.

“With, the other boy a decade before, he had been in a condition of distress and, rather than comforting him, you got him to open his trousers.

“It was only through luck, by someone disturbing you that you did not go any further.”

Antonie Muller, defending, said: “What no-one can come to terms with is why, when the prosecution knew of these further complaints at the time of the trial, it took nearly two years for somebody to decide to charge him as he had just left the custodial sentence.

“Would that judge have sentenced him to more than the three-and-a-half years for two more complainants, given the level of criminality involved and the now pleas?

“He has served his time, and has now come to terms with admitting what he did.

“I would ask Your Honour to say that this man will not serve more time.”

Two further charges, relating to another two pupils, which Midgley, of Southam, Warks, denied, were allowed to lie on file.