It comes after it was revealed the chancellor held a green card in the US for a period while he was chancellor. 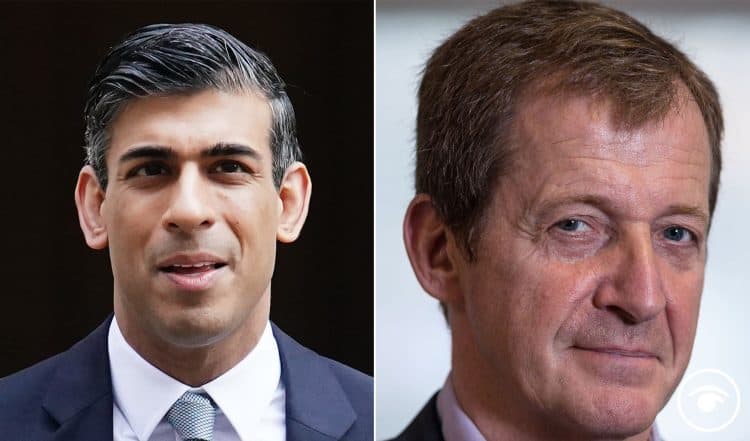 Rishi Sunak has faced continued criticism over his tax arrangements and business affairs despite his wife, Akshata Murty, announcing that she will now pay foreign taxes on her UK income.

It has also raised questions about the chancellor’s stance on Brexit.

In a bid to fend off questions over his family’s finances, Sunak referred himself to Boris Johnson’s independent adviser on ministerial interests.

His wife also announced that she would pay UK taxes on her global income, claiming in a statement that she did not want the issue “to be a distraction for my husband”.

The Independent first revealed Ms Murty had non-dom status, which typically applies to someone who was born overseas and spends much of their time in the UK but still considers another country to be their permanent residence or “domicile”.

The U-turn came on Friday, just hours after Mr Sunak admitted that he continued to hold a United States green card – granting him permanent residency in the US – for a period while he was chancellor.

There were also further questions after the Independent reported that Mr Sunak was listed as the beneficiary of trusts set up in the British Virgin Islands and Cayman Islands to help manage the tax and business affairs of Ms Murty’s family interests.

Alastair Campbell said that Rishi Sunak should be asked about “the B-word” next time he is interviewed. He might not be too keen to speak to the press over next few days.

Recently Sunak said it was “always inevitable” that Brexit would have an impact on UK trade with the rest of Europe, but did it benefit himself and his family?

Mr Sunak agreed that it “might well be” the case that the slump in trade intensity experienced by the UK compared to other leading economies has been caused by the fact that Britain was the only one of them to go through Brexit.

“I know journalists and Labour MPs don’t like the B-word. But next time @RishiSunak is in front of a camera, I really do think the Q needs to be asked: why did you think OK to reserve the right to live and work in US while removing right of UK people to live and work in EU?” Campbell wrote.

He then followed up with the longest hashtag we’ve seen in a while.