Sunak refuses to negotiate with nurses on pay 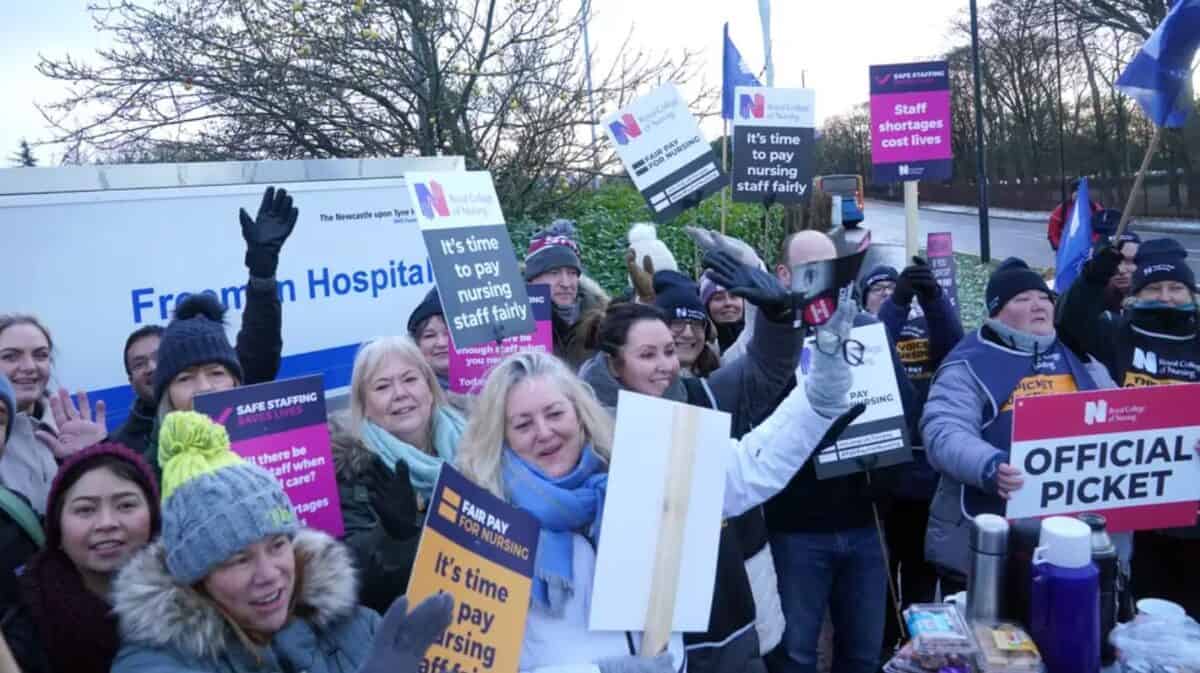 Rishi Sunak was refusing to bow to pressure from health leaders and some senior Conservatives to negotiate pay with nurses to prevent further strikes.

The Prime Minister insisted on Friday that the offer given to nurses is “appropriate and fair” as they warned strikes will escalate without a better pay deal.

Four Conservative former ministers have urged Mr Sunak to back down, amid suggestions that asking the NHS pay review body to rethink their recommended deal could be a way out.

Nurses in England, Wales and Northern Ireland will walk out again on Tuesday without a breakthrough after the Royal College of Nursing’s (RCN) first national action on Thursday.

Thousands of routine operations were cancelled but polling suggests the nurses’ action was being backed by the public amid a wave of industrial action.

But Mr Sunak and Health Secretary Steve Barclay were sticking by the pay deal recommended by the NHS pay review body in July and refusing to negotiate on salaries.

Speaking to the BBC during a visit to Belfast, the Prime Minister said: “The Health Secretary has always been clear, the door is always open, that’s always been the case.

“But we want to be fair, reasonable and constructive, that’s why we accepted the recommendations of an independent pay body about what fair pay would be.”

A health source was adamant that the pay review body would not be reconsulted, saying “if we unpick that settlement we will have to find billions more”.

Conservative chair of the Commons Health Committee Steve Brine has argued that the move would be an “elegant” and “sensible” way to avert further strikes.

Former Conservative Party chair Sir Jake Berry called for the Government to negotiate on pay, telling Times Radio: “Machismo and sort of chest beating and ‘we’ll take the unions on’ doesn’t work. You only get these things sorted out by talking.”

Dr Dan Poulter, a former health minister, argued ministers should up their offer because “inflation has significantly eroded real-terms pay” since the proposals.

Former justice secretary Robert Buckland told the PoliticsHome website “there must be a middle way” between the Government’s offer and the union’s demands.

Nurses were recommended a £1,400 raise, which is estimated to be an average of a 4.3% raise for qualified staff.

The RCN has been demanding a pay rise of around 19% but has indicated it is willing to accept a lower offer if ministers agree to negotiate.

It requested a rise at 5% above the RPI measure of inflation, which was running at 7.5% when they submitted their request to the pay review board in March.

But inflation has since soared, with RPI standing at 14.2% in September amid the Russian invasion of Ukraine.

RCN leader Pat Cullen warned that action by nurses would escalate unless ministers back down on their refusal to negotiate on pay.

“As time moves on – unfortunately if this Government doesn’t speak to us and doesn’t get into a room – I’m afraid that this will escalate,” she told BBC’s Question Time.

Saffron Cordery, the interim chief executive of NHS Providers, which represents trusts in England, said the first nurses’ strike had a “significant impact” on patients.

She told BBC Radio 4’s Today programme around 40 to 60% of routine operations were “cancelled in places where the strikes were held”.

“So it’s fair to say that there’s been a relatively significant impact and I think it was a very demanding day overall, on the front line in the NHS,” she added.

“It’s going to get increasingly difficult for trust leaders to manage this process because we know that the winter is always a very tricky time in the NHS and we know it’s a particularly demanding time.

“Coming alongside an ambulance strike on the following day, I think it’s going to be a very challenging time next week.”

Shadow health secretary Wes Streeting said ministers should have gone back to the pay review body for fresh recommendations when the RCN first balloted for strike action.

“I think at this late stage, the fastest, most effective thing the Government could do would be to engage in direct face-to-face negotiations with the Royal College of Nursing, Unison and others on pay,” the Labour MP said after a speech to the Policy Exchange think tank.

“That would immediately suspend strike action as the unions have promised to do.”