“I will not countenance in Scotland any kind of narrative around this that is seeking to almost intimidate people back to work before, as a country, we have taken a decision that that is safe.” 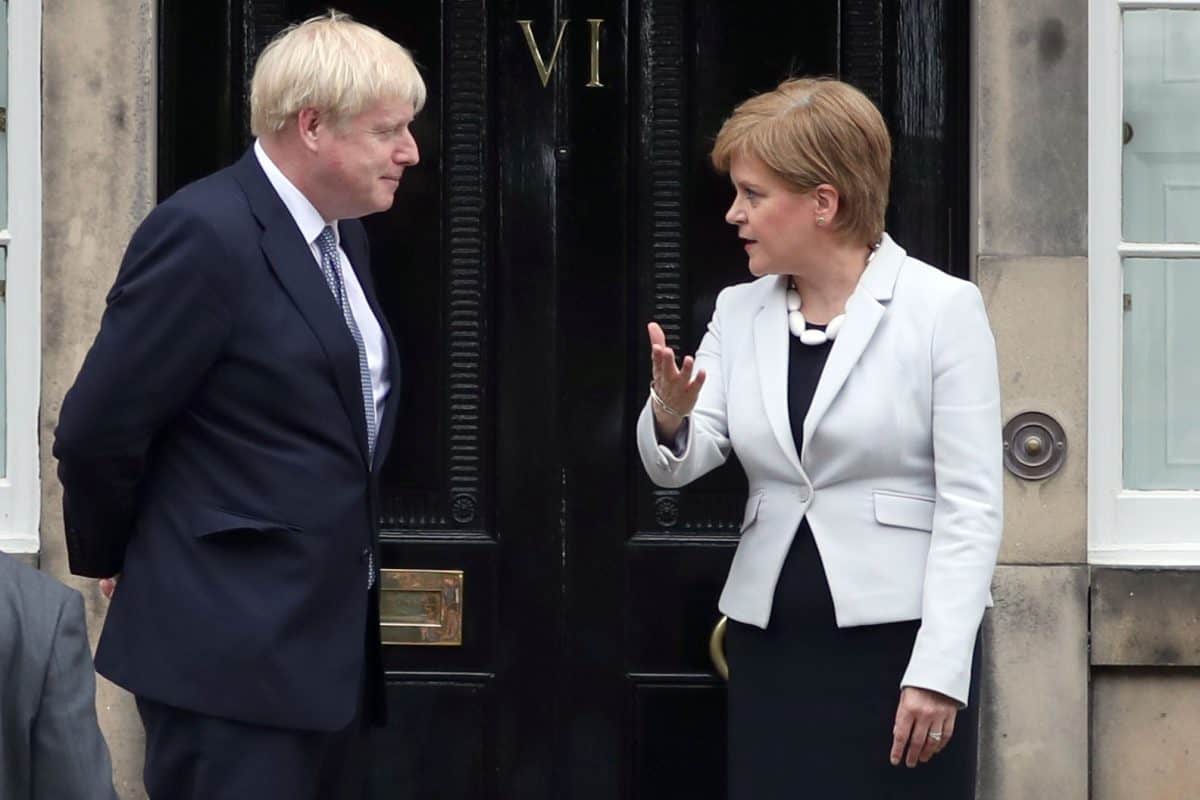 Speaking at the daily coronavirus briefing, the First Minister said reopening offices too soon would risk the virus spreading and compromise the ability to keep schools open.

“I will not countenance in Scotland any kind of narrative around this that is seeking to almost intimidate people back to work before, as a country, we have taken a decision that that is safe,” she said.

The UK Government is planning a newspaper and television blitz to get people back into the office, with an unnamed source suggesting to the Telegraph that those opting to keep working from home could make themselves more “vulnerable” to redundancy in any post-Covid business shake-ups.

Ms Sturgeon said people should not be told they risk being sacked if they do not go back to the office.

She said “we want to get back to normal as quickly as possible” and her Government will work in a “phased way” to support the return of offices that have not yet reopened.

But she added: “That has to be done in the context of suppressing the virus.”

She also told the briefing that 51 new coronavirus cases have been recorded in Scotland in the last 24 hours, bringing the total to 20,107.

She said a walk-in Covid-19 test centre will open at Victory Memorial Hall in St Andrews, Fife, in a bid to make testing more accessible and available.

Six such facilities will be created before the end of September in areas with a high student population, the First Minister said, coinciding with the return of universities and colleges.

Ms Sturgeon also confirmed a £59 million package of support for the culture and heritage sectors.

The funding comes from the £97 million given to the Scottish Government through the Barnett formula, based on spending by the UK Government.

Theatres, galleries, comedy clubs, music venues and nightclubs are among the groups eligible for the new fund, with information on how to apply to be released next week.

“They’ve been very hard hit by this pandemic and we’re determined to do everything we reasonably can to support them.”

Funding will also be made available for Historic Environment Scotland, as well as support for freelancers, the development of new creative work, independent cinemas ard youth arts.

Giving an update on ongoing coronavirus clusters in Scotland, the First Minister said there is no evidence in Coupar Angus of wider community transmission from the 2 Sisters factory at the centre of the outbreak.

Ms Sturgeon said 177 cases have been identified, 157 of which are staff at the factory and 20 who are close contacts, an increase of 11 from Thursday.

At Kingspark School in Dundee, where the First Minister said there is also no evidence of community transmission, two more cases were identified – taking the total number of cases to 36.

Of the 36 cases, three are pupils, 22 are staff members and 11 are contacts of staff.

In Aberdeen, where local lockdown measures were lifted earlier this week following a cluster, the First Minister said the situation is “under control”.

Addressing a small cluster in Hawick identified on Thursday, Ms Sturgeon said four more cases have been identified, bringing the total to 11.

Mr Livingstone said it is “vital” people stick to the rules, which have outlawed gatherings of 15 or more people indoors.

Related – Reminder: That more than 5,000 Britain First members joined the Conservatives after the election