A UK-wide inquiry is expected to begin in spring 2022. 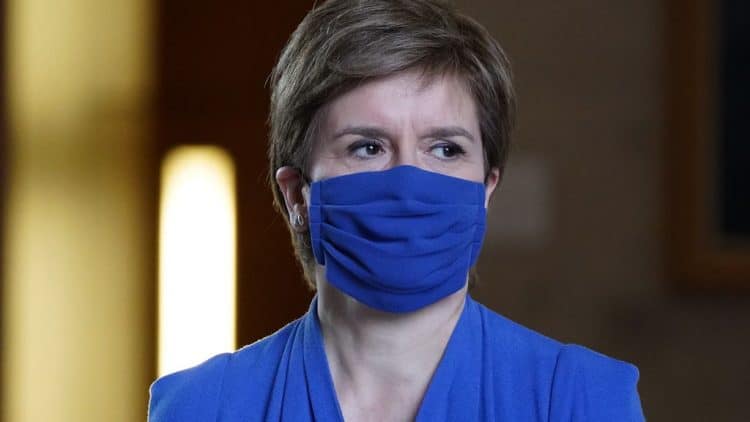 The Scottish Government will begin an independent inquiry into the handling of the Covid-19 pandemic by the end of the year, Nicola Sturgeon has said.

The First Minister said the judge-led inquiry would have a “person-centred, human rights-based” approach.

A draft of aims and principles for the inquiry was published on Tuesday, with members of the public invited to comment until September 30.

Ms Sturgeon spoke at a coronavirus briefing in Edinburgh shortly after the publication.

She said of the inquiry: “I can confirm it will be established by the end of this year, as promised, and it will take a person-centred, human rights-based approach.”

“It is fully our intention that this will be a judge-led inquiry,” Ms Sturgeon said.

“The inquiry will look at all matters related to the handling of the pandemic that are within our devolved competence, this will include of course the situation in our care homes.”

But she stressed the Scottish Government would “liaise closely” with the UK Government and other devolved administrations on the likely terms of a UK-wide inquiry.

“It will be important to avoid duplication and overlap,” Ms Sturgeon said.

She added: “However, the need for co-operation with other governments is not, in my view, a reason to delay the establishment of our own inquiry.”

The First Minister said the public inquiry would help to identify lessons to learn for the future as well as looking at decisions taken earlier in the pandemic.

Speaking at Wednesday’s coronavirus briefing, Ms Sturgeon gave an assurance that the Scottish Government would comply fully with the inquiry after being challenged about its record of transparency, including the obstruction of the Salmond Committee.

She said: “As the leader of a government over these past 18 months, I mean this really, really strongly, I desperately want every appropriate lesson from what we’ve gone through to be learned so that any future government that is in a similar situation has the benefit of that learning.”

Responding to the announcement, Scottish Labour leader Anas Sarwar said the inquiry itself should have begun within the first 100 days of the reformed Scottish Government.

He said: “Despite promising the people of Scotland that a Scottish-specific inquiry was on the SNP’s 100-day list, the SNP has shown that it simply is not a priority for them.

“They are dragging their feet, ignoring the pain of the grieving families and sacrifices of thousands of key workers.

“The SNP cannot hide behind Boris Johnson and claim that they have their hands tied by the absence of a four-nations inquiry.”

“It’s a disgrace that they are only getting around to this now, when Nicola Sturgeon promised it would be a priority during the election campaign.

“This inquiry must uncover what went wrong throughout the pandemic, especially in our care homes.

“Major errors were made by the SNP Government that left our most vulnerable citizens unprotected.

“We will be pushing the government to ensure this inquiry gets the answers that families deserve, and not more of the same SNP spin and secrecy as they’ve had so far.”

A spokeswoman for the UK Government said the UK-wide inquiry would begin in spring 2022.

She said: “Throughout the pandemic we have been guided by data and scientific advice and have acted quickly and decisively to save lives and livelihoods.

“Every death from this virus is a tragedy and our sympathies are with everyone who has lost loved ones.

“As the Prime Minister said, we have committed to holding a full public inquiry which will start in the spring.”