“This will be a further hit to the real incomes of these graduates on top of the rising cost of living, the freeze in the personal allowance, and the hike in National Insurance rates.” 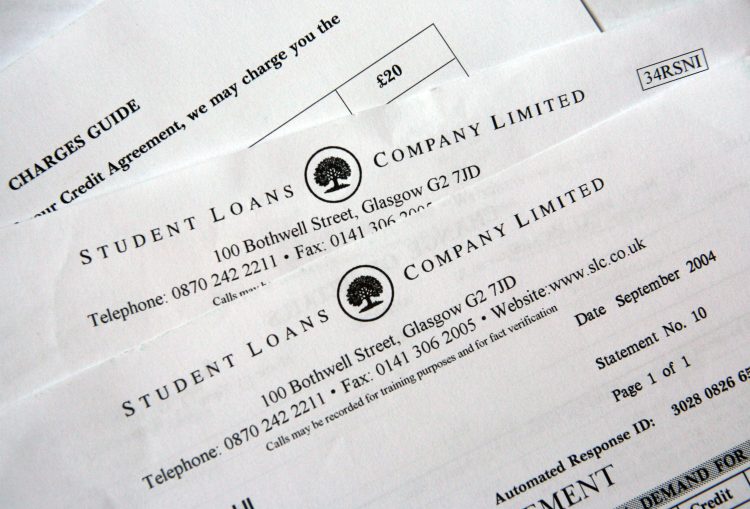 The income level at which people are required to pay back student loans has been frozen for the coming year.

In a written update, Michelle Donelan, the minister for higher and further Education, announced on Friday that the salary threshold for student loan repayments in England will be frozen at current levels of £27,295 per year, £2,274 a month, or £524 a week for 2022-23.

“It is now more crucial than ever that higher education is underpinned by just and sustainable finance and funding arrangements, and that the system provides value for money for all of society at a time of rising costs,” Ms Donelan wrote.

“This Government has already confirmed that we will freeze maximum tuition fee caps again for the 2022/23 academic year, the fifth year in succession that we have held fee caps at current levels.”

Some experts said the freeze represents a real-terms £150 increase in the amount to be repaid each year.

Writing on social media, Paul Johnson, director of the Institute for Fiscal Studies (IfS), said: “That’ll be a 6 or 7% real terms reduction and hence a real terms increase in repayments of c. £150 a year on graduates with student loans.”

He added: “Not an obvious response to ‘cost of living crisis’.”

In September 2021, a former Conservative minister said the earnings threshold should be lowered to tackle the “depressing experience” of student debt rising every year.

Lord Willetts, who oversaw a hike in tuition fees when he was universities minister, said at the time that a higher threshold “particularly upsets” parents of graduates who see their debt increase each year.

Ben Waltmann, senior research economist at the IFS, said: “Today’s announcement of a freeze in the repayment threshold on student loans effectively constitutes a tax rise by stealth on graduates with middling earnings.”

“Graduates with the lowest earnings do not reach the repayment threshold for student loans so they will be unaffected by the freeze. Those with the highest earnings will pay off their loans either way, so the freeze just means that they will repay their loans quicker,” he added.

“For a graduate earning £30,000, this announcement means that they will pay £113 more towards their student loan in the next tax year than the Government had previously said.

“This will be a further hit to the real incomes of these graduates on top of the rising cost of living, the freeze in the personal allowance, and the hike in National Insurance rates.”

“What really matters is how long this threshold freeze will stay in place. If it is only for one year, the impact on graduates will be moderate, and the Government can only expect to save around £600 million per cohort of university students.

“If it stays in place for longer, it could transform the student loan system, with a much lower cost for the taxpayer and a much higher burden on graduates than they thought they had signed up for when they took out their loans.”

And Nick Hillman, director at the Higher Education Policy Institute, said: “Few students or recent graduates will welcome this announcement but it is sensible because the current system has become out of kilter, with taxpayers paying much more than originally planned.

“It is also, however, a very modest and short-term announcement for just one year, reflecting the continuing failure to respond to the 2019 Augar report properly by setting out a long-term plan.

“People may think it sends a signal that the Government plans to reduce the repayment threshold significantly in due course, but today’s announcement sets our policy until April 2023.

“There needs to be a general election quite soon after that date and it would be rash to reduce the repayment threshold significantly just before people go to vote.”

Shadow universities minister Matt Western said: “We have a cost of living crisis made in Downing Street, and whilst No 10 is in paralysis (Chancellor) Rishi Sunak is raising taxes on millions of people.”

Hillary Gyebi-Ababio, NUS vice-president for higher education, added: “We were totally opposed to reducing the salary repayment threshold for student loans. We are pleased that the Government have U-turned on these plans, which would have retrospectively altered the terms of contracts which have already been signed and targeted those earning lower incomes, in the face of overwhelming student pressure.

“But the concept of a repayment threshold only exists because this Government prefer marketising higher education rather than seeing it as a public good. They should get their priorities right, stop viewing education as a product to be bought and sold for individual gain, and scrap tuition fees. Only then can we begin to build the student movement’s vision of a fully-funded, accessible, lifelong, and democratised higher education system”.