“The Tories would keep it this way and Labour has the chance to show it really does want to create a new normal." 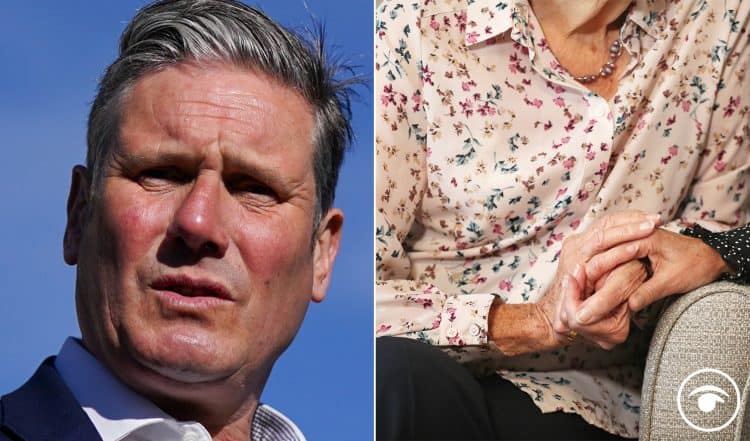 Britons have seen rises in their pay packets fall behind soaring inflation at a record pace as the cost-of-living crisis tightens its grip on UK households, according to official figures.

The Office for National Statistics (ONS) revealed that regular wages excluding bonuses plunged by 4.5 per cent in April when taking Consumer Prices Index (CPI) inflation into account – the biggest fall since records began in January 2001.

It comes as inflation has jumped to a 40-year high of 9 per cent due to soaring energy and fuel bills amid the impact of the Ukraine war, and as economies emerge from the pandemic.

With this worrying situation in mind, the Labour leader has been pressed to support £15 an hour for care workers.

Today GMB boss Gary Smith will call on Labour to back the union’s fight for £15 an hour for care workers today.

In his keynote speech to GMB congress, which takes place in Harrogate from 12th – 16th June, Mr Smith will say “many care workers get a penny above the minimum wage”.

GMB believes care workers should be paid no less than the UK average of £15 per hour.

Smith will tell GMB Congress:  “A symbolic and powerful start would be committing to paying care workers £15 an hour. Right now, many care workers get pennies above the minimum wage.

“The Tories would keep it this way and Labour has the chance to show it really does want to create a new normal.

“So, come on Keir, show the public you want better too. Back the fight for £15 and give care workers the pay they deserve.”