The Good Law Project said it was "a grotesque waste of public money". 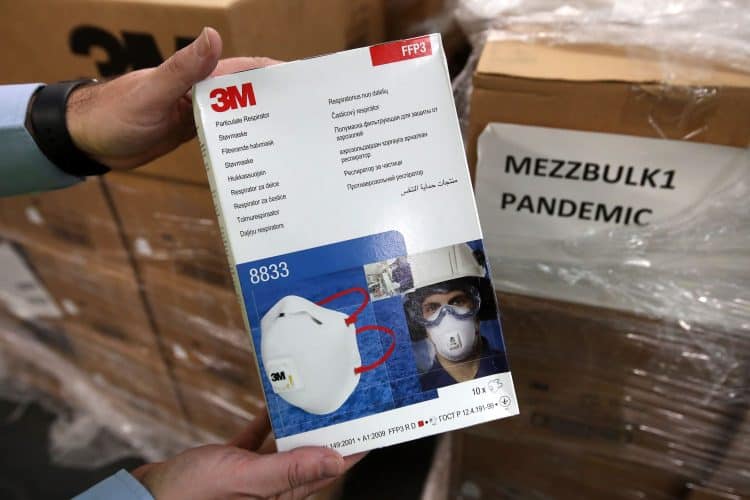 The government is spending £1 million every day storing huge stockpiles of excess PPE.

Over the last four months, the Department for Health has paid contractor Uniserve £124 million for “storage costs” – which the Good Law Project branded a “grotesque waste of public money”.

Gemma Abbott of the advocacy group said: “Not only did the Government squander billions on over-priced PPE that can’t be used but it turns out their mistakes are still costing taxpayers millions.”

According to the Mirror, the Department for Health splurged £7 million this summer buying shopping containers to slash storage costs for tens of billions of items of PPE.

Drone images show that up to 1,000 containers are being stored at Mendelsham Airfield next to Felixstowe port in Suffolk.

A local said: “The pile was going down until about six weeks ago when more arrived.”

During the first six months of the pandemic, officials paid £12.5 billion on PPE – with nearly £3 billion of the county’s stock deemed unusable by the NHS.

Earlier this year, the National Audit Office said: “The Government has budgeted an unprecedented £15bn to buy PPE for England during 2020-21.

“Hundreds of millions of pounds’ worth of PPE will not be used for the original intended purpose.”

The Department for Health said: “There are robust processes to ensure value for money and we have set out plans for managing excess stock of PPE.”

It emerged last month that the government modelled the impact of a coronavirus hitting England four years before the pandemic, with health officials warning of the need to stockpile PPE.

Exercise Alice, carried out in February 2016, recommended 12 actions for the government to make the NHS ready to cope with an outbreak of Middle East Respiratory Syndrome (Mers) coronavirus.

This included ensuring sufficient levels of PPE and producing a plan examining the evidence on quarantine and self-isolation requirements and recommending a “viable” approach.

The exercise was commissioned by the Department of Health in response to concerns raised by the chief medical officer about the planning and resilience to respond to a Mers outbreak in England.

The resulting 23-page report says that PPE stockpiles were suggested “as a means to ensure sufficient quantities were available”, and a live, web-based contact tracing system was also recommended.

A key section reads: “There was a general consensus on the need to identify capacity and capability of assets within the health system.

“Assets in this context would be all resources that would be required to effectively respond to a Mers-CoV outbreak such as trained personnel, appropriate PPE in sufficient quantities and the requisite beds with suitable clinical equipment.”