John Bercow is just 6/4 to step down as Speaker of the House of Commons this year and now priced at 16/1 to follow Ed Balls’ lead and switch politics for pirouettes by signing up for Strictly Come Dancing. Under fire for comments condemned as “completely unacceptable” by government ministers, Bercow’s future as speaker is […] 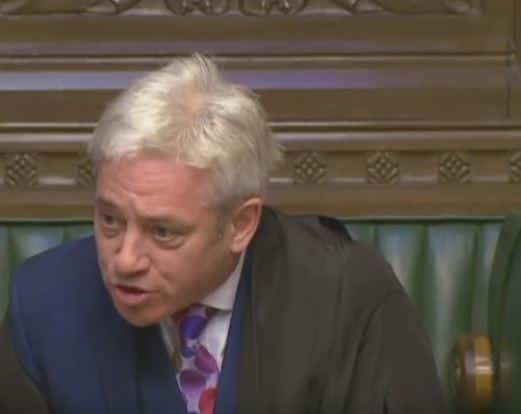 John Bercow is just 6/4 to step down as Speaker of the House of Commons this year and now priced at 16/1 to follow Ed Balls’ lead and switch politics for pirouettes by signing up for Strictly Come Dancing.

Under fire for comments condemned as “completely unacceptable” by government ministers, Bercow’s future as speaker is on very thin ice and he could be looking for a new job by the time Parliament sits after their summer break in September.

Bercow is 16/1 to sign up for Strictly, while there are also odds of 25/1 for him to leave his seat in Parliament and go Down Under to appear in I’m A Celebrity Get Me Out Of Here.

Current deputy speaker Lindsay Hoyle is overwhelming 9/4 favourite to replace Bercow by the time the House sits after their summer recess on 4th September.

Betway’s Alan Alger said: “Calls for John Bercow’s resignation from his role as speaker are becoming louder and clearer and there looks to be a strong chance of him stepping down at 6/4.

“While his future as speaker looks in trouble, he’s emerged as an outside fancy to take part in Strictly Come Dancing this year at 16/1 or even I’m A Celeb at 25/1!

“There’s been a good history of getting politicians on TV programmes such as Strictly and I’m A Celeb, and given Bercow is a bit of a character he could fit the bill for either of those shows quite nicely.”

To be speaker on 4 September 2018 (when House returns from summer break):