“The figures that the Government have introduced are really a slap in the face for those people who sadly test positive and there is no incentive in my opinion for those people to self-isolate." 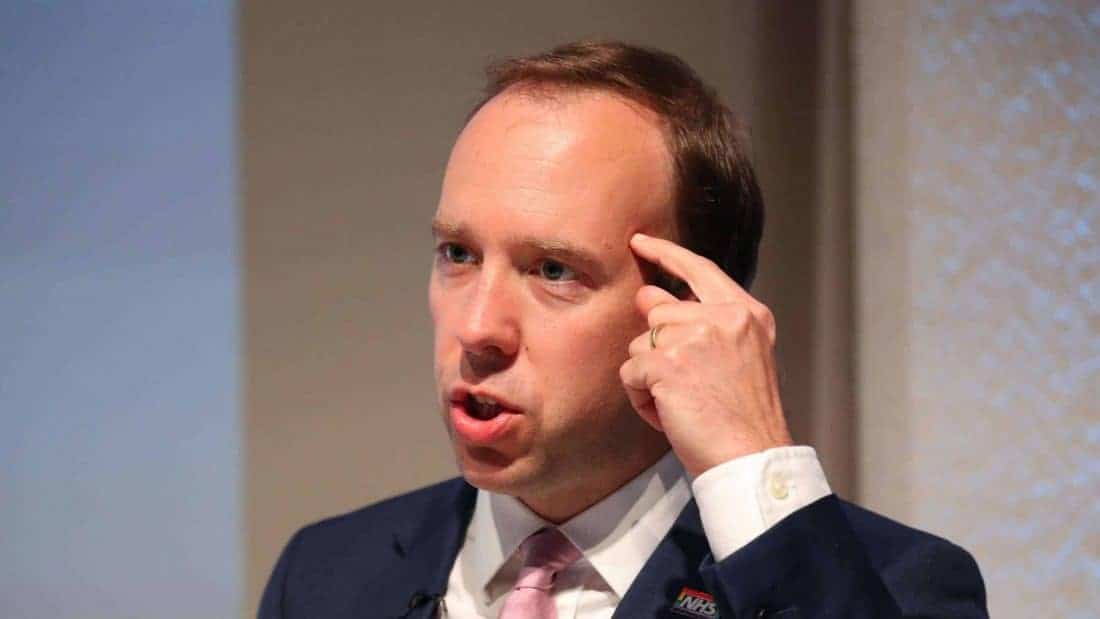 Health Secretary Matt Hancock has defended the level of compensation payments for people who have to self-isolate, but a council leader in one of the pilot areas has branded them “a slap in the face”.

The Government has confirmed payments of up to £182 will be given to people in areas with high incidences of Covid-19, with a trial beginning in Blackburn with Darwen and Pendle in Lancashire, as well as Oldham in Greater Manchester.

As of Tuesday September 1, people in those areas on either Universal Credit or Working Tax Credit, who are required to self-isolate and are unable to work from home will benefit from the new payment scheme.

Eligible people who test positive for the virus will receive £130 for their 10-day period of self-isolation, while other members of their household, who under the current rules have to self-isolate for 14 days, will be entitled to a payment of £182.

Mr Hancock said the extra financial support was “set at the level of statutory sick pay”.

Asked if payments representing £13 a day were enough, Mr Hancock said they were “in addition” to other benefits that people on low incomes receive.

When it was put to him that people self-isolating would be losing income from their jobs, Mr Hancock told BBC Breakfast: “Only in some cases, but absolutely we acknowledge that.

“It’s set at the level of statutory sick pay in order to make sure that people don’t lose out from doing the right thing.”

But Pendle Borough Council leader Mohammed Iqbal said the level of financial support is “not acceptable”.

The Labour councillor told BBC Radio Four’s Today programme: “The figures that the Government have introduced are really a slap in the face for those people who sadly test positive and there is no incentive in my opinion for those people to self-isolate.

“If you’re a manual worker who’s not able to do their job from home, normally getting paid the living wage or the minimum wage, the Government are now going to say to you we’ll pay you £4.55 an hour. Not acceptable.”

The current national living wage and national minimum wage for people aged 25 and over is £8.72 an hour.

Mayor of Greater Manchester, Andy Burnham, said while he is pleased the Government has “at last acknowledged this issue”, he is “sorry to say this move goes nowhere near far enough”.

He added: “The Health Secretary has already said that he couldn’t live on Statutory Sick Pay (SSP) at £95 a week. So how can an announcement like this work?

“For many workers in Greater Manchester, this will not provide the support people need to cooperate with NHS Test and Trace.”

Anneliese Dodds, Labour’s shadow chancellor, said: “Labour has been warning for months that the Government needs to make sure that people can afford to do the right thing, but once again ministers have taken far too long to realise there’s a problem.”

She added: “It’s concerning that this will only apply to a limited number of areas with high rates of Covid-19.

Mr Hancock said there is potential for the new payments to be rolled out beyond initial pilot areas.

He told BBC Breakfast: “This is where we’re doing it in the first instance, firstly to make sure that the systems work, that we can get the money fast to people, because obviously if you’re asking somebody to self-isolate for a fortnight we want to try to get the money to them at the start of that rather than afterwards.”

He said the payments were being introduced in areas which have “the most acute need” and added: “We’ll see how that goes and we’ll get the feedback, with the potential to roll it out further.”

Mr Hancock said local lockdowns were “working” but further support was required to help encourage those contacted by NHS tracers to stay at home.

He acknowledged the NHS Test and Trace system is “not quite there” in terms of meeting its target of reaching 80% of contacts and getting them to self-isolate.

Need to go to work

He told LBC radio: “We talk to all these people because NHS Test and Trace phones them up and has a conversation, and one of the things, especially in areas of low income, that is causing some people to say ‘I can’t do that’ or ‘I can’t give you the contacts’ is because they need to go to work.

“Bringing in extra support, in addition to the Universal Credit they get, if people self-isolate is one of the things that people have been asking for to get those rates up because it really matters that the people that need to self-isolate do because that’s how we stop the spread of the virus.”

Officials are due to meet on Thursday to decide whether local lockdowns should continue in England.

The next announcement on restrictions in parts of Greater Manchester, east Lancashire and west Yorkshire is due to take place after a meeting on Thursday of the Joint Biosecurity Centre (JBC), chaired by Health Secretary Matt Hancock and England’s chief medical officer Professor Chris Whitty.

Last week Mr Hancock announced a more targeted approach to restrictions, in which the views of MPs would also be sought to gain “the maximum possible local consensus”.

People living in specific wards in Pendle and Blackburn as well as Oldham were told not to socialise with anyone outside their household from midnight on Saturday, and only to use public transport if essential.

The leader of Kirklees Council in West Yorkshire has described the restrictions in place as “confusing” and urged the Government to lift restrictions for the whole of Kirklees.

Shabir Pandor said: “The current restrictions are keeping us from visiting our friends and families in a safe way.

“How is it right that you can go to a pub or restaurant that is full of people you don’t know, but you cannot visit a relative in their garden?”

Chris Whitty to self isolate after experiencing coronavirus symptoms