“Everyone loses until the Government intervenes to mend a broken system that relies on paying skilled staff a pittance." 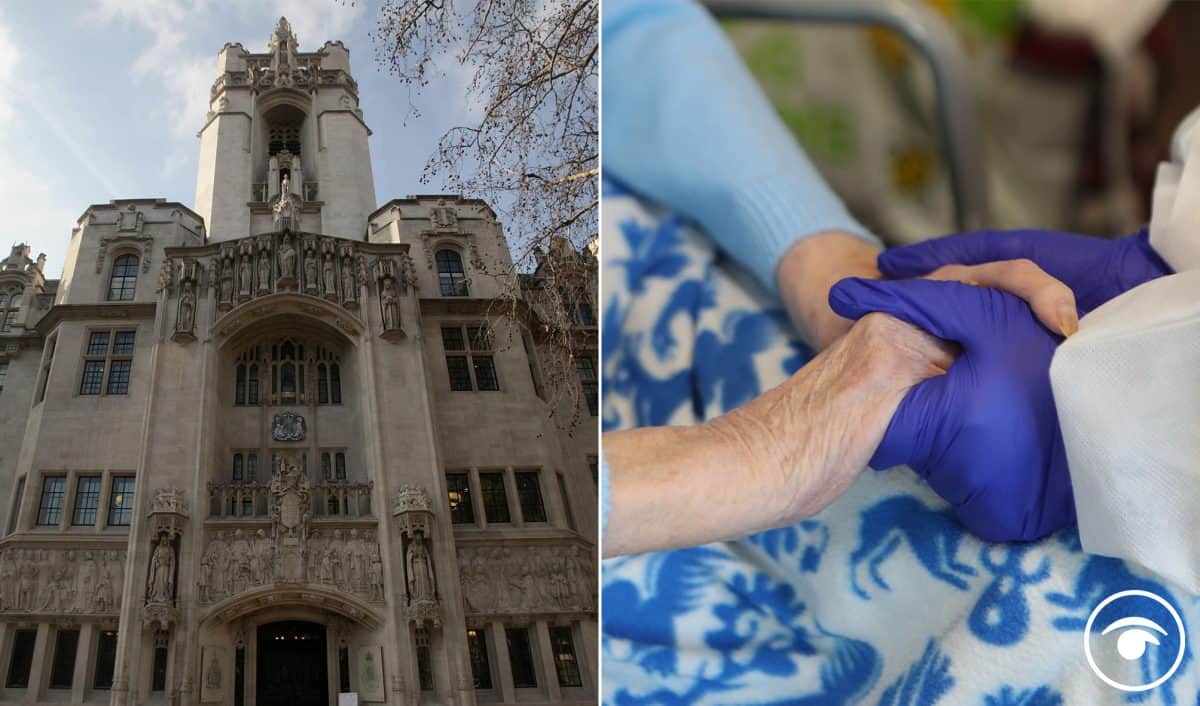 Carers who have to sleep at their workplace in case they are needed overnight are not entitled to the minimum wage for their whole shift, the Supreme Court has ruled.

Claire Tomlinson-Blake, a Mencap support worker in the East Riding of Yorkshire, appealed against a Court of Appeal ruling that carers are only entitled to the minimum wage when they are required to be awake for work – and not while asleep.

She challenged the decision at the UK’s highest court at a hearing in February last year alongside a linked appeal brought by John Shannon, a Surrey care home worker whose case was heard along with Mrs Tomlinson-Blake’s at the Court of Appeal.

“Everyone loses until the Government intervenes to mend a broken system that relies on paying skilled staff a pittance.

“This dire situation was ignored by the Government for years before Covid, and again in the recent budget.

Gail Cartmail, assistant general secretary of the trade union Unite, said the social care sector “has been facing a funding crisis for the last 20 years”.

She added: “It is now time for the Government to step in and change the legislation so care workers receive at least the national minimum wage during the course of the whole night.”

Edel Harris, chief executive of the learning disability charity Mencap – which opposed Mrs Tomlinson-Blake’s appeal – said that, if the appeals were allowed, care providers could have faced “devastating unfunded back-pay liabilities” of around £400 million.

She said Mencap understood that “many hard-working care workers will be disappointed”, but added: “It is no exaggeration to say that, if the ruling had been different, it would have severely impacted on a sector which is already underfunded and stretched to breaking point.

“Some providers would have gone bust and, ultimately, the people who rely on care would have suffered.”

Ms Harris called on the Government to reform legislation covering “sleep-in” payments, which she described as “out-of-date and unfair”.

Deaths of care home residents with coronavirus could increase, providers may stop operating and visiting could be curtailed if the Government does not extend key funding beyond the end of March, a care boss has warned.

Professor Martin Green, chief executive of the membership group Care England, said the social care sector will be put under “severe pressure” if three funding streams run out at the end of the month.

The Government has provided £1.146 billion through the infection control fund to help adult social care providers reduce transmission within and between care settings.

It is intended to support staff who need to isolate, limit staff movement between settings where possible, support the recruitment of additional staff, support safe visiting and meet admin costs for organising testing and vaccinations.

And the Government has said providers can receive free personal protective equipment (PPE) until June.

Prof Green said he is “cautiously optimistic” that some of the funding will be extended but, with less than two weeks until the end of the month, has not had any confirmation from the Government.

The Department of Health and Social Care (DHSC) said it is reviewing the need for further funding and decisions will be made “in due course”.

Prof Green told the PA news agency: “I think certainly if we lost things like the free PPE or if we lost the infection control fund, because we’ve got low levels of occupancy it will put a huge strain on the care provider.

“They might not be able to, for example, offer as much support as they might in things like visiting. Some care homes will find themselves in a very, very desperate financial position and may actually cease to operate because they will not be able to sustain things because of the extra expenses.”