Hope Barden, 21, died after Jermone Danger, 45, had paid her to perform sexual acts via the internet 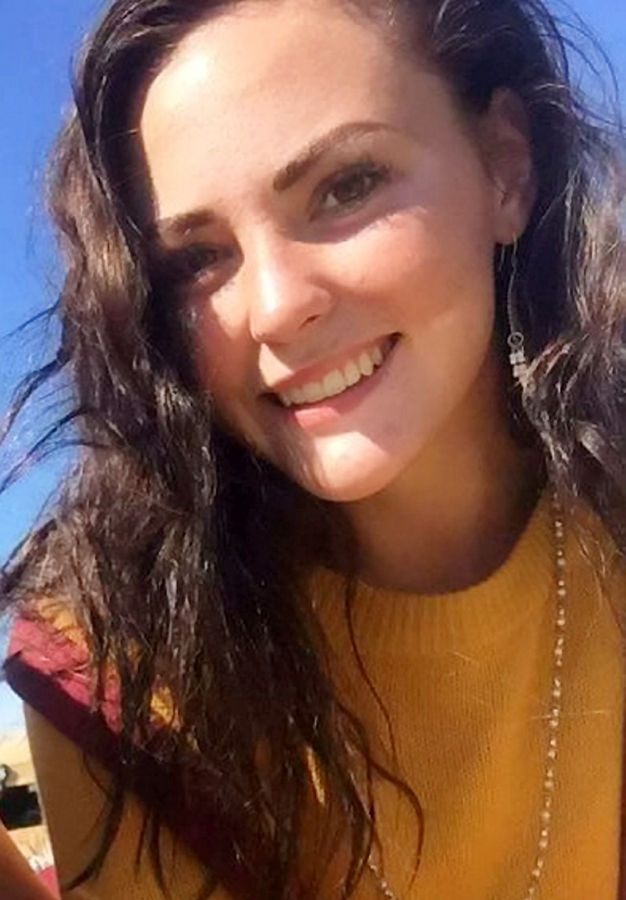 Graduate Hope Barden, 21, had been working in the online adult film industry as a way of boosting her income as a carer for people with learning difficulties.

Hope was found asphyxiated after carrying out a degrading sex act on the internet for a pub landlord over 250 miles away.

Her body was discovered by her flatmate at her home in Burton-upon-Trent in March last year after Jerome Dangar had asked her to engage in dangerous sexual practices.

Staffordshire Police said Jerome Dangar, 45, from Tintagel, Cornwall, was online when Hope died, but made no attempt to raise the alarm.

It is understood a file was being prepared by police for submission to the Crown Prosecution Service to consider charging him with Hope’s manslaughter.

Last month an inquest ruled that her death was ‘unlawful’ but Dangar could not be charged as he died in his prison cell in April 2019 after being convicted of possessing extreme pornographic images.

Hope’s sister Lily, from Penzance, Cornwall, has now spoken out and said her family was devastated by what happened.

“I know he was asking her to blow fag smoke down the camera and paid her £50 for that, which is bizarre,” she explained.

“Then he was asking for very random and extreme things. He was giving her thousands of pounds and she liked designer clothes.

“They weren’t in an online relationship. It was the money and I think it just escalated too quickly.

“She had no mental health issues. It was a terrible accident, which that sick man didn’t report.”

Lily said specific guidelines were needed in the online sex industry where the performer and the punter clearly understood what was and was not acceptable by law.

“The main thing that isn’t acceptable is being able to watch someone (potentially) die on webcam and then not do anything about it,” she told the BBC.

She said Dangar had a “duty of care” by contacting the emergency services when Hope became incapacitated, which could have saved her sister’s life.

“He (Dangar) thrives off stuff like this. He wanted her to do this and it went terribly wrong,” she said. “It was going to be a landmark case.”

“If there’s anything positive that can come out of this ridiculous situation it’s that young girls should be sensible and think about people you are going to hurt from your actions or just don’t do it,” she said.

“But I feel there should be some sort of electronic contract between the performer and the person paying or watching that they both understand – like terms and conditions.

“If the performer is agreeing and contracted with whatever it is, they know what they’re doing, and the guys or girls who are watching know what they are getting themselves into as well.

“That way there’s no wires crossed.”

The family have shared a report on the subject with every UK police force, to assist officers in dealing sensitively “should a dreadful situation like this arise again”.

Two months after Miss Barden was discovered unresponsive at home, Staffordshire Police arrested Dangar in connection with her death.

In January, he was separately convicted of having extreme pornographic images and jailed for 15 months, while the investigation continued.

A file was then submitted to the Crown Prosecution Service to consider a charge of manslaughter.

Detectives found evidence showing Dangar was online while the mental health degree graduate died but made no attempt to raise the alarm.

But Dangar was found dead in his prison cell in HMP Dartmoor in April.