The author said the coin should ‘be boycotted by all literate people’. 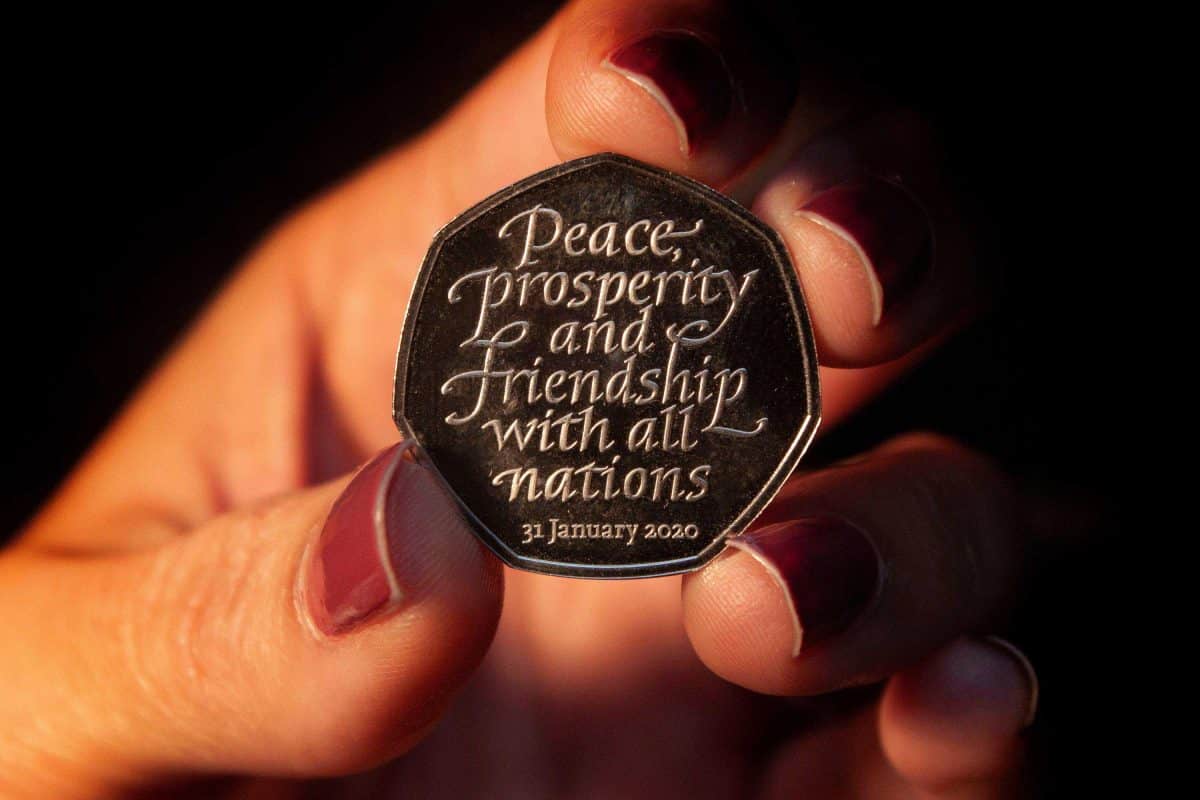 The author Sir Philip Pullman has called for the commemorative Brexit 50p to be boycotted for not having an Oxford comma.

An Oxford comma is used after the penultimate item in a list of three or more items, so would be placed after the word “prosperity”.

His Dark Materials author Sir Philip wrote on Twitter that the omission meant the coin should “be boycotted by all literate people”.

He tweeted: “Not perhaps the only objection, but the lack of a comma after ‘prosperity’ is killing me.”

However user @TychoNestoris1 replied: “Be gone with your American serial comma nonsense!”

Also known as a serial comma, the punctuation mark derives its common name from its use in by the Oxford University Press (OUP).

On its use, the OUP’s style guide states: “In a list of three or more items, insert a comma before the ‘and’ or ‘or’.”

Author and economics commentator Frances Coppola said the punctuation was not essential for the new 50p.

Responding to Sir Philip, she tweeted: “As all literate people know, the Oxford comma is entirely optional.

“But it offends both in its presence and its absence.

“Whatever the choice, someone will think it wrong.

“There could not be a better commemoration of Brexit.”

Sir Philip noted the debate was not a matter of grammar but orthography, the conventions of language.

Two peers recommended to be suspended over lobbying claims