The shocking devastation of wildlife is being caused by a red tide event, a blooming of algae which is worsened by sewerage and fertilization pollution from super farms. 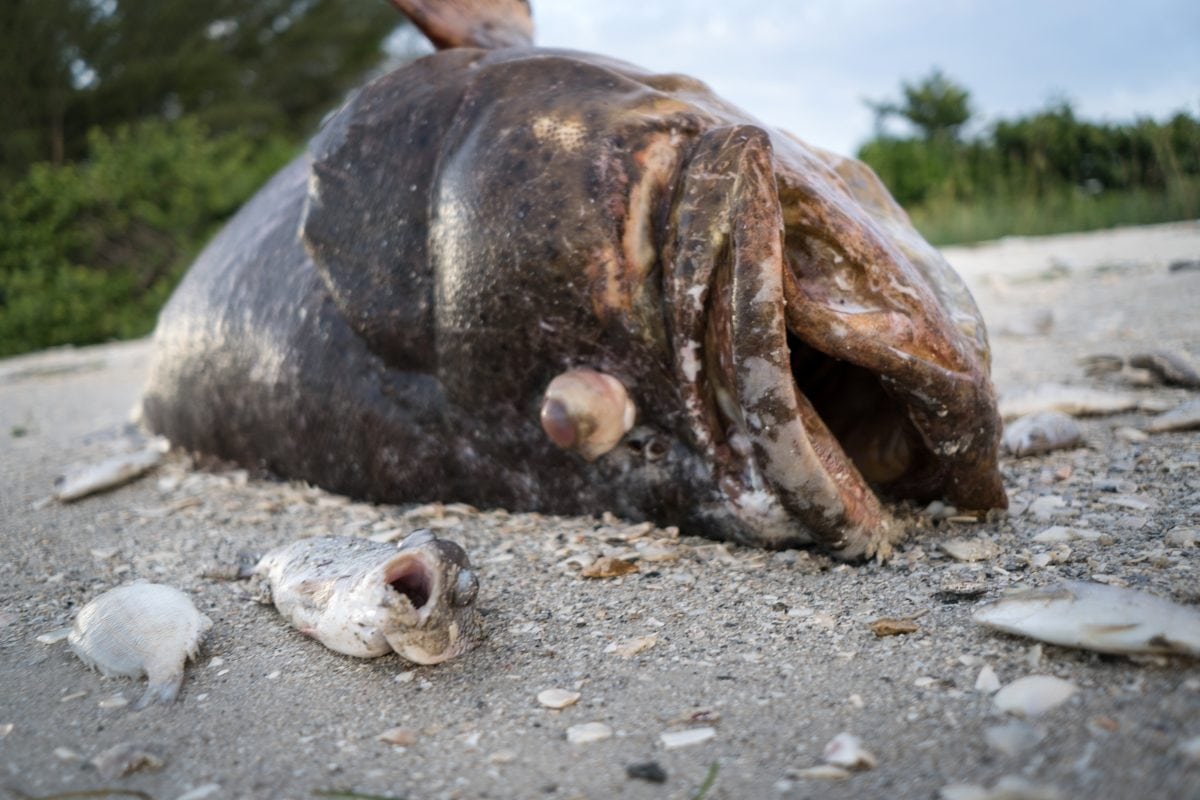 These shocking images show the corpses of sea turtles, manatees, dolphins and fish which perished on Florida’s coasts this week as a result of ongoing pollution.

The shocking devastation of wildlife is being caused by a red tide event, a blooming of algae, which is worsened by sewerage and fertilizer pollution from super farms. 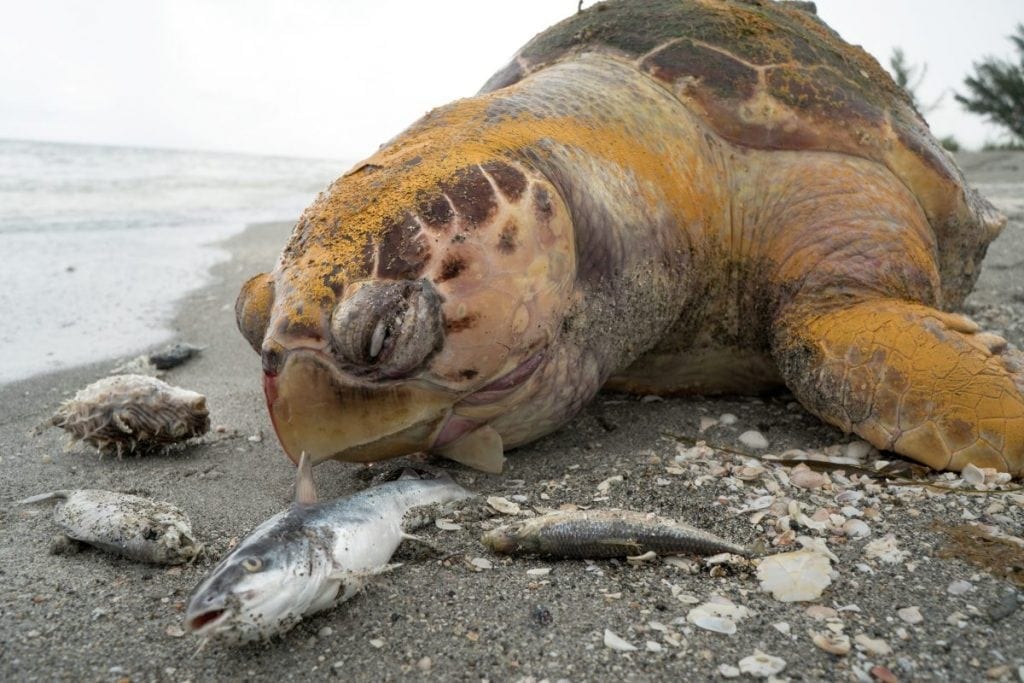 The upsetting footage was captured by Ivy Yin, a videographer with Our Children’s Earth Foundation, who traveled to various beaches along Florida’s coast on July 30 and 31. 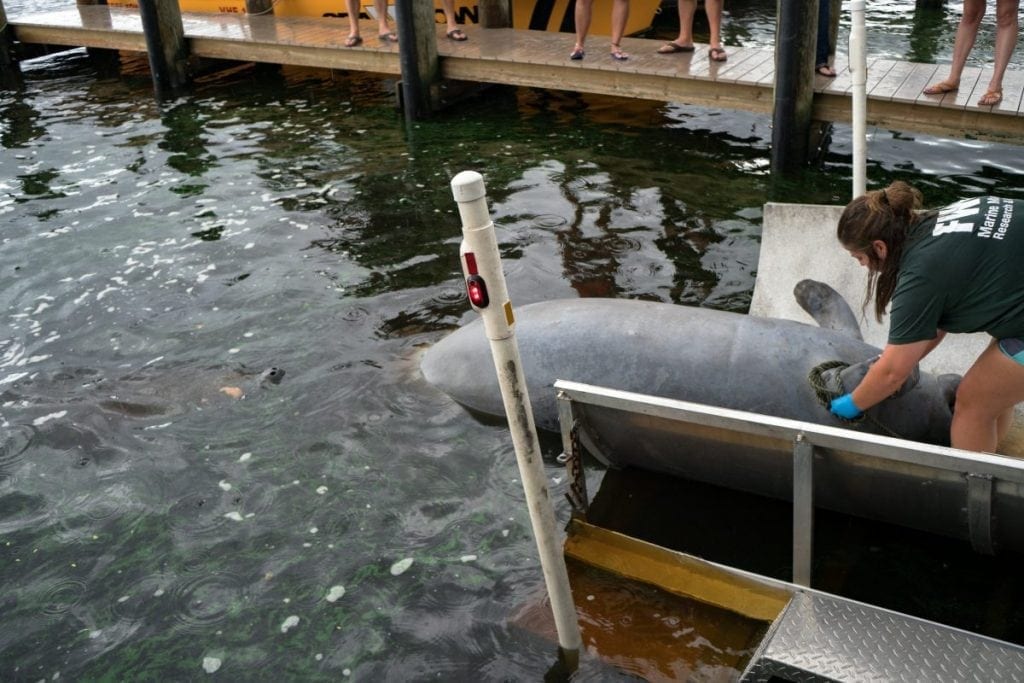 The videographer captured footage of a dead endangered loggerhead turtle in Captiva, a lifeless manatee floating in the water in Cape Coral and thousands of fish that perished in the ocean because of the algal bloom.

Dr. Richard Bartleson, research scientist with Sanibel-Captiva Conservation Foundation, said: “This Red Tide Event has been prolonged by human activities such as farming, development and manufacturing. 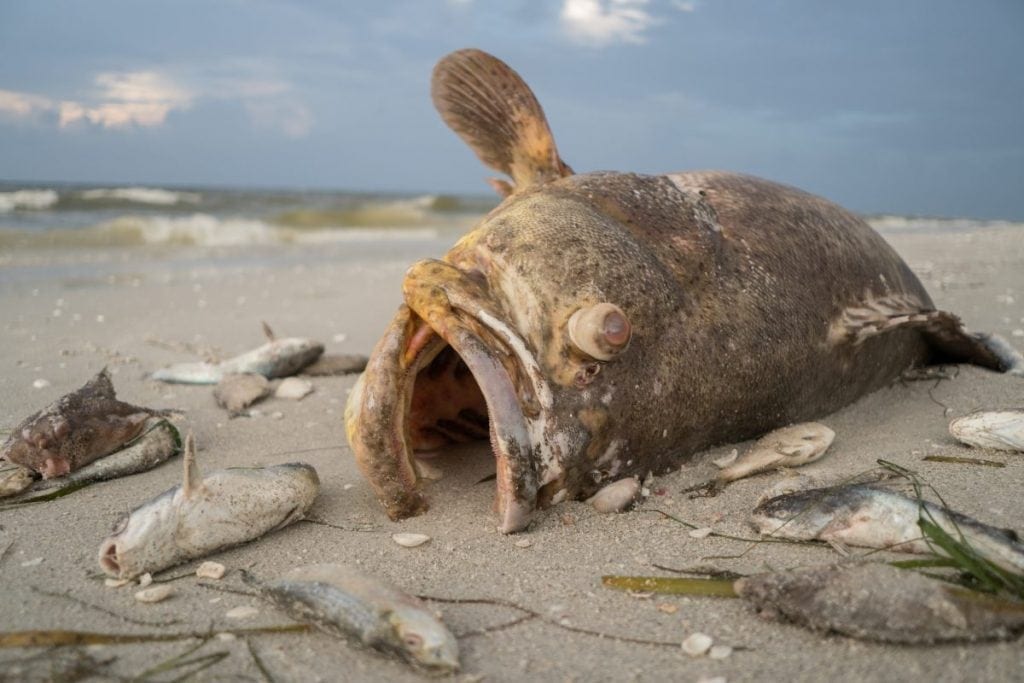 “Over the past number of years, the build up of chemicals such as phosphorus and nitrogen, among other elements typically found in fertilizer have provided the perfect nutrients to worsen the bloom.”

The algal bloom is also impacting the turtle population, which are currently in the middle of their hatching season.

Heather Barron, head of the Center for the Rehabilitation of Wildlife Veterinarian Hospital on Sanibel, says the red tide outbreak has collided with the height of sea turtle reproduction. 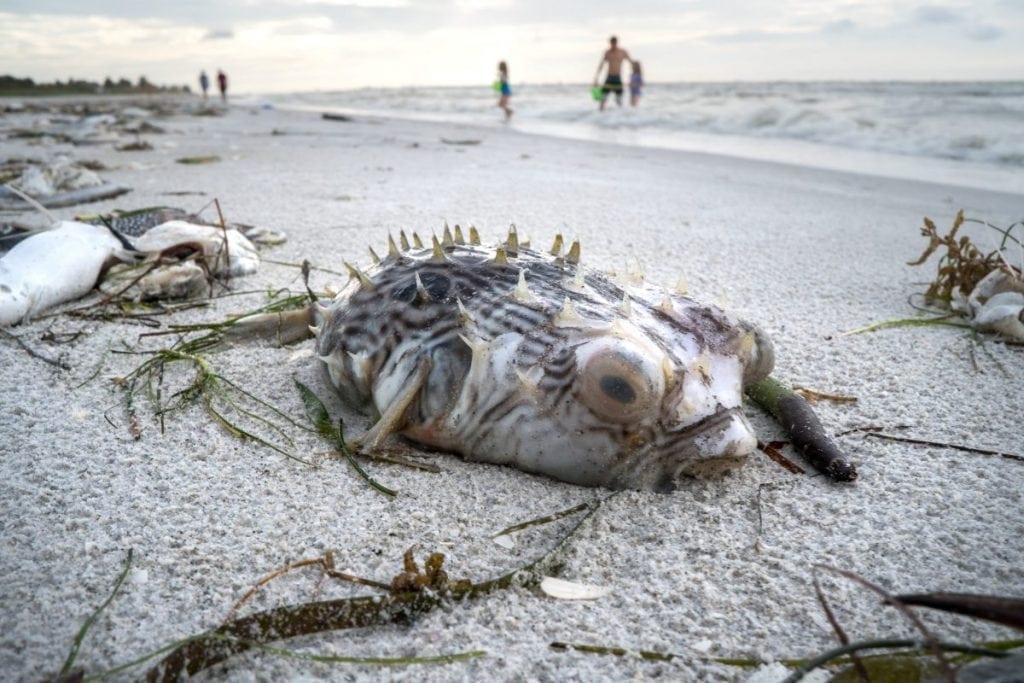 She said: “Normally red tide season is over in April. But now sea turtle nesting is at its peak, and you have adults in nearshore waters. And because of that they’re being effected.”

Videographer Ivy Yin, of West Palm Beach, Florida, said more needs to be done to clean up Florida’s beaches and draw a halt to the ongoing wildlife devastation.

Ivy said: “I captured these images and videos of the horrible conditions on Florida’s coasts on Monday and Tuesday.

“I witnessed the ongoing devastation of wildlife including endangered turtles, dolphins, manatees, fish, and other aquatic animals.

“The unprecedented loss of life is being caused by a red tide event that is far beyond historic or natural levels due to ongoing sewage and fertilizer pollution.

“There is no escape for these animals from the effects of human indifference, poor resource management, and climate change.

“The mass mortality event happening now is absolutely devastating. There is death everywhere. It smells horrible. Animals are struggling to live and mourning their dead. 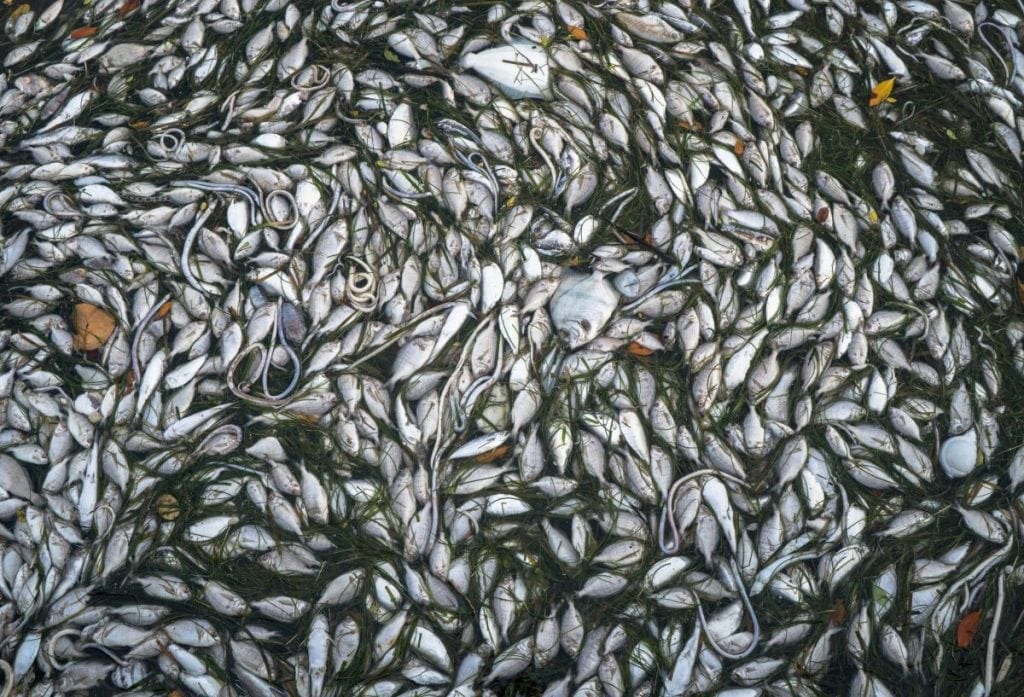 “We need to resist the temptation to close our eyes to the pain and suffering that these animals are experiencing.”
ENDS