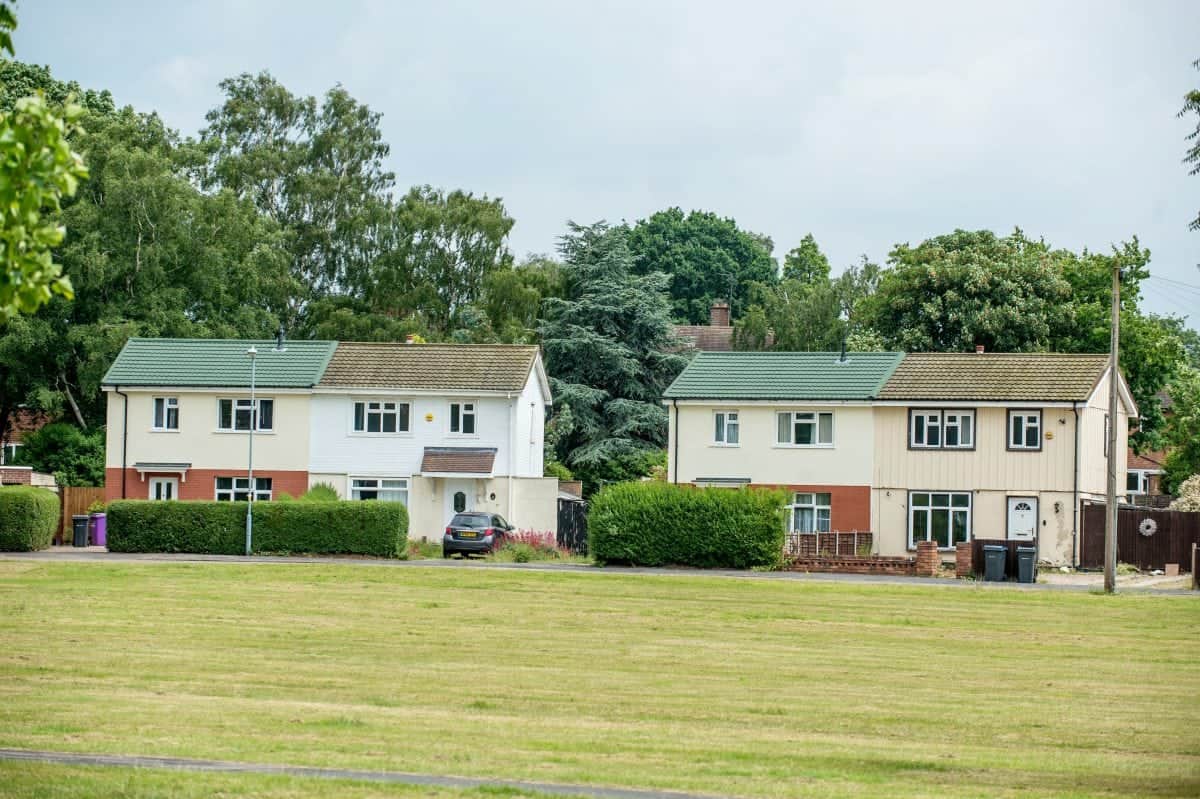 Furious residents have hit the roof and accused town hall chiefs of shaming them for being “poor” after they changed the colour of council houses in one street – to GREEN.

Council workers have replaced the roofs of ten properties with the garish tiles leading to accusations of tenants being “stigmatised” for not owning their own homes.

People living in council houses on Dugdale Crescent, Sutton Coldfield, West Mids., have now complained about the change in the tiles which were completed last week.

The issue was brought up by resident Marc Buck, 52, who made a Freedom of Information Act request to Birmingham City Council demanding answers.

In a letter to the council, the dad-of-one said: “The green roofs instantly highlight each property as being council owned.

“As a result, some residents have stated that the council is shaming its tenants by making their properties stand out amongst the majority of right-to-buy purchased homes.

“The colour is totally at odds and out of keeping with existing roof colours in the street and within the general locality.”

The former police officer, who owns his semi-detached property on the crescent, added: “I’m considering a challenge to the planning department about the roof colour.

“We are extremely grateful the council have done these properties up because the homes are very poorly insulated and a lot of people are on benefits here.

“But there is a number of people who are not very happy with the council for one reason or another.

“The council decided to upgrade the properties last year about 50 per cent of the properties have private owners and those which are green are going to stick out like a sore thumb.”

Another man, who did not want to be named, said: “It’s embarrassing enough to live in a council house but to be marked out for everyone to see feels a bit much.

“The council might as well have told us to ring a bell so everyone knows we’re poor.

“Luckily my neighbours, who own their house, are wonderful people but they even said to me they felt the council were victimising us.”

The coloured tiles were chosen as the council carried out repairs on the properties last week.

Another resident, who has rented a house from the council for two years, said: “I’m happy the roof has been repaired because we had some loose tiles but why use green ones? 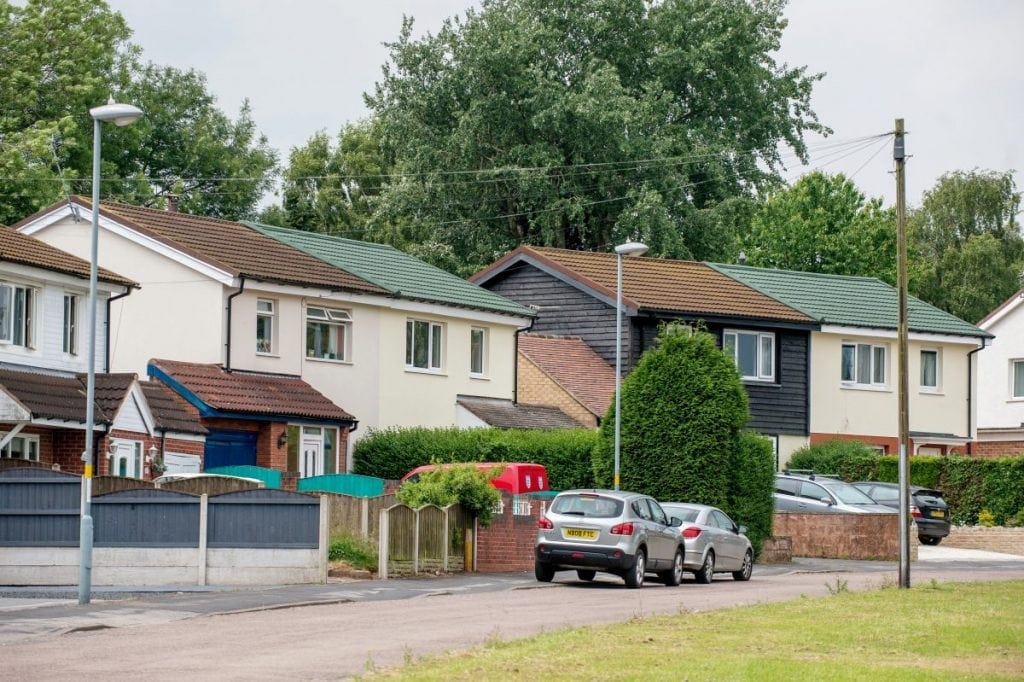 “It quite obviously identifies which properties are council houses and which aren’t. I don’t think it’s fair and aside from that the colour of the tiles look gross.”

Others have complained the roofs create a “stigma” around living in council houses in the crescent where house prices average £200,000.

A woman, called Sue, added: “A friend from Devon came to visit me the other day and commented on the tiles, saying the roofs looked weird.

“There’s already a stigma around living in a council house. People think you’re a scrounger or on benefits but the fact is most people work hard like anyone else.”

The Labour-run council has defended the choice of tiles, saying they have used red tiles on other properties they own. 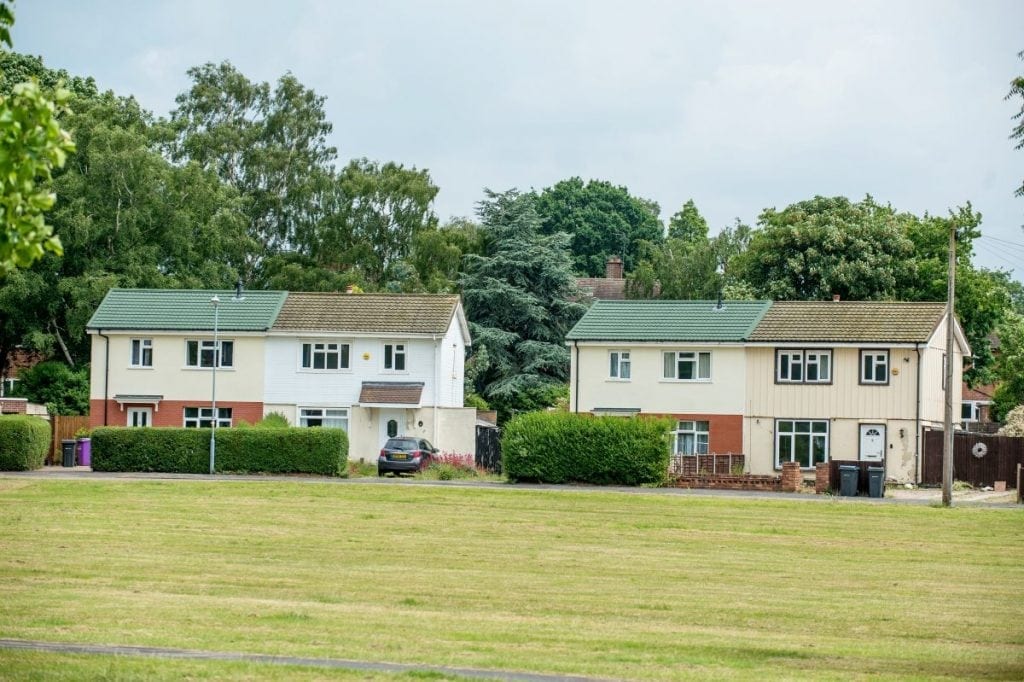 A spokesperson said: “Both red and green tiles have previously been used on other roofs and it was based on these facts that a green tile was chosen.

“There is a permanent site supervisor in place, a customer liaison officer who has visited every property on the project and as of the time of enquiry, no resident has complained to any member of the project delivery team.

“Additionally, there are several different architectural styles represented in Dugdale Crescent with varied features and changes to properties that have been installed over time, by different owners.”

*In January 2016, the Home Office launched an investigation after asylum seekers in Middlesborough had the front doors of properties they were housed in painted red.