"These women were only here to remember the victims of male violence but were subjected to it themselves." 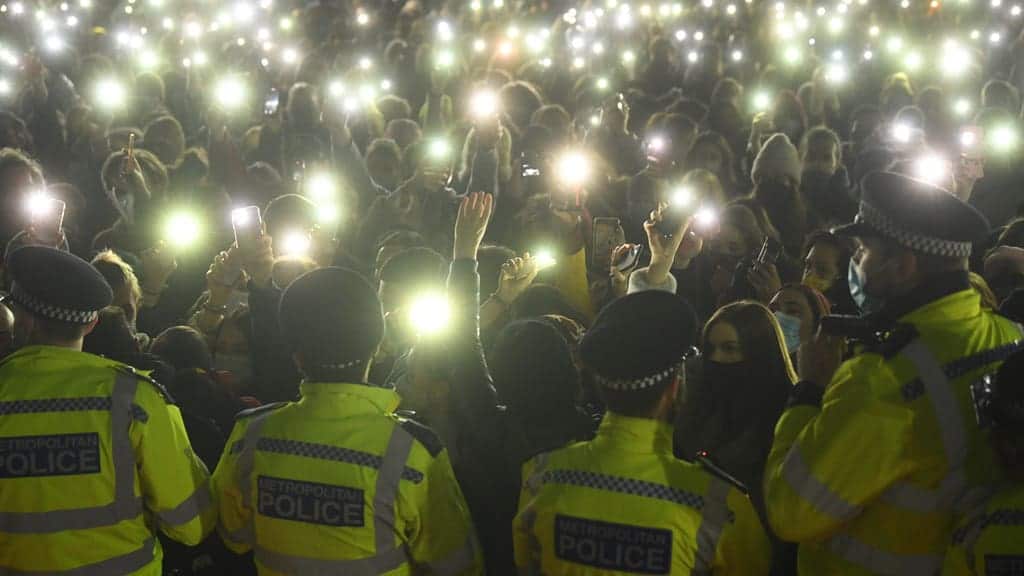 Several women were arrested and bundled to the ground as protesters clashed with the police during Clapham Common protests this evening.

She told the Evening Standard: “The level of police violence today was immense.

“These women were only here to remember the victims of male violence but were subjected to it themselves.

“The police relied on Covid regulations to disperse a peaceful vigil. We’re concerned about the police’s failure to consider our fundamental human right to protest.”

By 8.30pm, most of the area around the bandstand had been cleared and police, who brought in police dogs at one stage, left the park.

Footage from the protests has been circulating on social media.

Ash Sarkar shared video from the arrests, tweeting “shameful, shameful scenes”, while others posted that the Met had “shamed Britain tonight”.

Women being snatched by police at the vigil for Sarah Everard. Shameful, shameful scenes. pic.twitter.com/fyUqcfCyug

While Declan Cashin added that this will surely come to haunt the Met in the coming weeks.

Here's an image to haunt the Met after an utterly disastrous week for the institution (via https://t.co/uT11j3y7iG) pic.twitter.com/JBPYpEITqz

Related: Demonstrators chant ‘shame on you’ as they defy police requests to stay away from Clapham Common