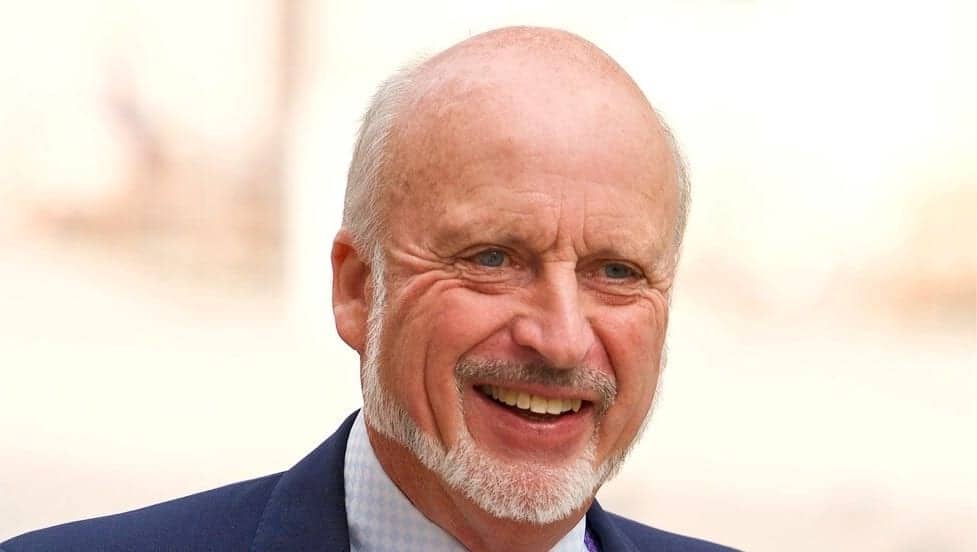 A controversial politician who once said that women couldn’t work in construction is in hot water again – after describing breastfeeding as a ‘FAD’.

John Le Bailly is a member of the States Assembly on the Channel Island of Jersey and is known for his lack of progressive views.

The Constable, as politicians are known on the island, had to be stopped during a debate on extending family-friendly employment rights.

Riotous laughter broke out through the chamber as Le Bailly said he had it on “good authority” that breast feeding “is a current fad.”

The Constable for St Mary’s full comments were as follows: “This parental issues affects all businesses, large and small, they understand the principal – they don’t understand the lack of consultation.

“I have it on good authority that this breastfeeding thing is a current fad. Many women are unable to breastfeed….”

At that point other constables started laughing, and Bailiff Timothy Le Cocq had to step in to restore order in the chamber.

He said: “At the risk of being controversial, I think it’s difficult to describe breastfeeding as a current fad.

“But in any event, obviously the debate is on whether or not this particular reporting back requirement should be adopted.

“So if your remarks are addressed to that, of course they are entirely in order. Otherwise, they are not relevant to the debate.”

A video clip of Le Bailley’s comments was shared online, and many took to the post to criticise the Constable.

Alexandra Curzons wrote: “What an outrageous and wholly naive thing to say!

“Following the Constable’s comments on the clip here, most women are actually able to breastfeed – it is the minority who are sadly unable to.

“Breastfeeding brings a whole host of health and wellbeing benefits to both mother and child and should be encouraged and celebrated – especially by such a public figure.

“Shame on you, Constable of St Mary!”

“A natural process that has protected and sustained our species for hundreds of thousands of years.

“Something which people in positions of authority should protect and promote in order to support the healthy development of our children, to promote a healthier population, to save families and society money, to reduce waste.

“Hopefully he reflects on this, reads some of the feedback, and comes out of this more educated, and throws his weight behind supporting breastfeeding women!”

Henry Woolley said: “It’s a sad indication of the way in which we measure success in society based purely on economic success, that an educated, and I’m sure caring and compassionate man, can stand up and say something like that, on the bases that it’ll be bad for business.

“In my world raising a happy, healthy and contented child and making sure mum and baby are both able to thrive in society, is infinitely more important and a much greater measure of the success of a civilisation.”

Michelle Taylor wrote: “Unbelievable, this ‘breast feeding thing’ has been going on for hundreds of thousand of years!

“Such short sightedness of our states members never fails to amaze me! For gods sake wake up!”

Others commenting online mocked him. Clive Billenness said: “This whole childbirth thing is a fad. It’s only come in because of the stork shortage after the unicorns found out that they taste like chicken.

“And I have that on good authority, too.”

Earlier this year, in April, Le Bailley was again in the firing line for airing his controversial comments – this time about women and employment.

In an interview with BBC Radio Jersey, the carpentry and building businessman said that he stopped employing a woman after she got pregnant.

At the time, he was discussing employees taking time off to raise children.

He said: “Now that’s alright for the women because I wouldn’t be employing a woman to normally go up on a roof and rip timbers out and change slates and what have you.

Later, when he was grilled about the comments, he said his comments were taken “totally out of context” and that he welcomed women in the construction industry.

But then he added: “There’s no reason why a woman cannot do a man’s job, but there are obviously limits.”

His comments were described as “unjust” and there were calls for the constable to be suspended.

Summer Boulter, a security engineer on Jersey, said at the time: “To me, it’s very offensive, it’s sexually discriminating and it puts females, as a whole, down.”