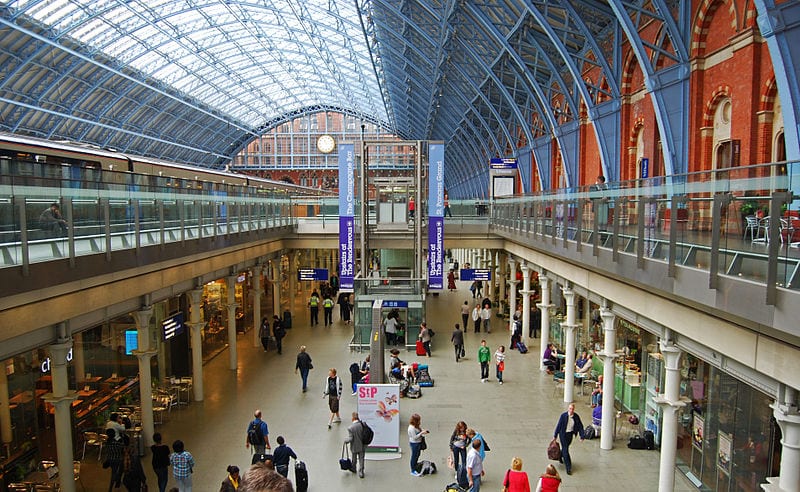 A senior murder detective racially abused a cleaner and threatened to urinate on the floor when he was told the toilets at St Pancras station were closed for cleaning at 1am, a disciplinary tribunal was told.

A misconduct hearing was told Mr Yare, from Somalia, was left “scared for my life” when DCI Lloyd threatened to “smash” him during the dispute.

He is also alleged to have called Mr Yare a “n****r c**t” and insulted the cleaner’s family.

It is claimed the toilets were closed for cleaning when an off-duty DCI Lloyd entered at around 1am on May 11, 2017.

He then unleashed the racist rant when Mr Yare asked him to leave, the tribunal heard.

The officer, who “has a significant amount of experience and expertise in respect of hate crime and diversity”, denies the claim.

Outlining the allegation, Catherine Elliott, chair of the hearing, said: “Whilst in the toilets you became involved in an argument with a cleaner, Abdi Yare.

“He told you the toilets were closed for cleaning and during that argument you used racist and abusive language and behaviour towards Mr Yare.

“In particular you called him a ‘f*cking n*****’ and used offensive language in relation to Mr Yare’s parents and waved your fist.”

The tribunal heard DCI Lloyd had ignored barriers which said the toilets were closed.

Giving evidence, Mr Yare said: “I told him in a polite way that you can see the place is closed, there’s a barrier in front of it, you’re a big man, wait and use this other toilet.”

Mr Yare added: “He said I will smash you on the wall. I was scared for my life.”

James Berry, from MPS legal services, which brought the case against DCI Lloyd, claimed the officer then told Mr Yare to “do your work”.

“You say he said he would ‘smash my head against the wall, just do your work’.”

Mr Yare said the incident left him feeling “helpless”, adding: “My dad already passed away during the war in Somalia.”

Representing DCI Lloyd, Heather Oliver asked Mr Yare: “Did you develop an allegation of racist abuse to divert attention away from your aggressive behaviour?”

But the cleaner denied the allegation was made up.

He said: “He’s repeating the word n****r to me two or three times. It bothers me even now.”

Mr Berry told the panel DCI Lloyd did not deny there was a confrontation about him using the closed toilet, but said he was not racist.

He said: “What’s in dispute is the language that was used by DCI Lloyd to Mr Yare.”

Mr Berry said DCI Lloyd was “of good character”, adding: “He has a significant amount of experience and expertise in respect of hate crime and diversity.”

Press and members of the public were made to watch the hearing on TV screens in a separate room.

The panel were shown CCTV footage recorded during the alleged incident but it could not be clearly made out in the public room.

Mr Yare said he moved to Britain from Somalia in 2004 and began working for a cleaning contractor at St Pancras two years ago.

He spent one year as a cleaner in the toilets before the incident happened.

He said he initially believed DCI Lloyd was speaking in an American accent during the confrontation.

He said: “I knew he was using an American accent because of the way he was talking to me.”

Asked why he opted not to pursue a criminal case, Mr Yare said: “A criminal case everyone knows someone will go behind bars, to prison, while this one will make a disciplinary action.”