Professor Jeff Kuhn of the University of Hawaii at Manoa’s Institute for Astronomy (IfA) said: “It is literally the greatest leap in humanity’s ability to study the Sun from the ground since Galileo’s time. It’s a big deal." 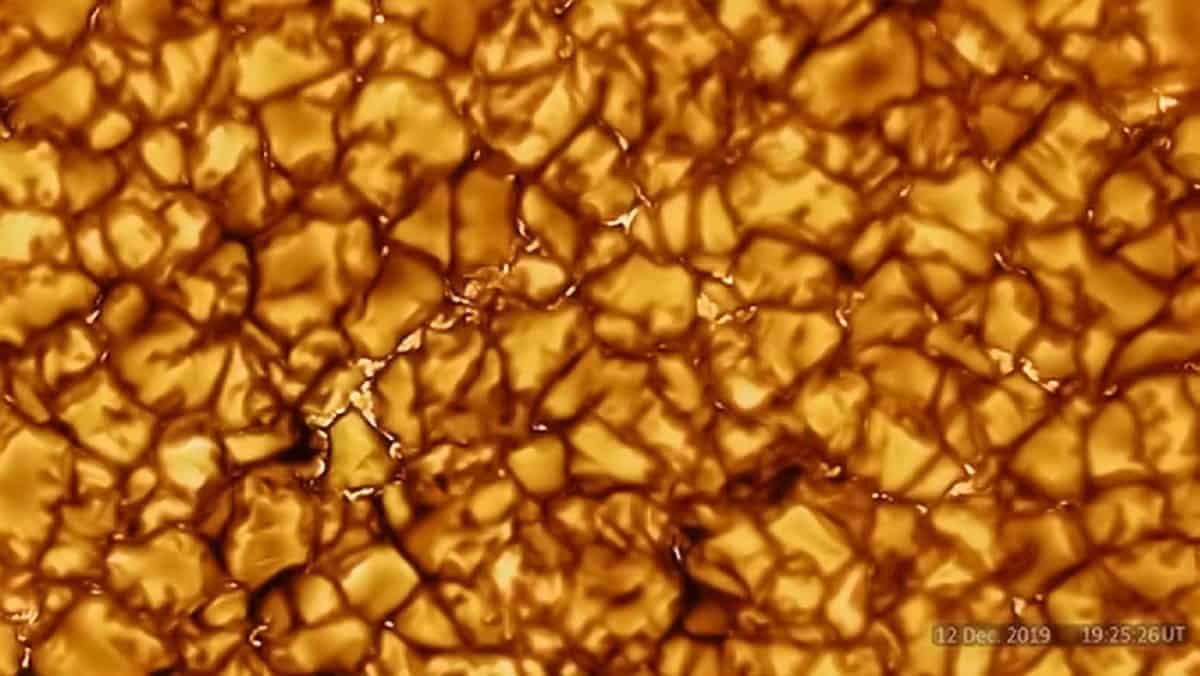 New amazing video taken by a massive space telescope shows the most detailed pictures of the sun ever taken.

Images captured by the device reveal the surface of our solar system’s star is made up of pulsating ‘cells’ – each the size of Texas.

Professor Jeff Kuhn of the University of Hawaii at Manoa’s Institute for Astronomy (IfA) said: “It is literally the greatest leap in humanity’s ability to study the Sun from the ground since Galileo’s time. It’s a big deal.”

The National Science Foundation’s Inouye Solar Telescope (DKIST), based 10,000ft above sea level on Haleakala – literally meaning “House of the Sun” – in Maui, can also detect “tiny footprints” of magnetic energy reaching out into space.

It even has seven miles of coolant piping to prevent the mirror heating to such a degree it would melt metal.

Researchers using the telescope say the information it provides about the Sun’s magnetic activity could help protect electrical systems on earth which can be disturbed by solar storms.

They hope to map the magnetic fields within the Sun’s corona, where solar eruptions occur that impact air travel, cause blackouts, and even disable technologies such as GPS used for navigation.

Prof Kuhn added: “These instruments use sensitive infrared technology and complex optics that reveal sunspots and small magnetic features, and how their magnetism reaches into space. With these new tools we expect to learn how the Sun interacts with the Earth.”

But pointing four-meter-long DKIST directly at the Sun causes some serious technical challenges for the team.

The Sun’s sweltering surface temperature is about 6,000 degrees Celsius so a specialised cooling system is in place to protect it from massive amounts of heat.

Inouye Solar Telescope director Thomas Rimmele said: “The focus of the telescope mirror is hot enough to melt metal within a short time.

“To deal with these heat problems we make the equivalent of a swimming pool full of ice every night to provide cooling for the optics and structure during the day.”

An enormous seven miles of piping is distribute coolant throughout the observatory.

But DKIST will be even more powerful after a suite of state-of-the-art instruments come online in the coming months.

The first is called the Cryogenic Near-Infrared Spectropolarimeter (CryoNIRSP) which will take measurements of the Sun’s magnetic field out beyond the visible solar disc, in the corona – a layer of plasma which surrounds the sun.

The second, called the Diffraction-Limited Near-IR Spectropolarimeter (DL-NIRSP), will allow DKIST to view the evolution of the Sun’s magnetic fields in extreme detail.

The state-of-the-art telescope was renamed in honour of the late Sen. Daniel K. Inouye, a strong supporter of STEM education.