The "Frankenschwein" Easter 'resurrections' offer hope humans could one day return from 'the other side'. 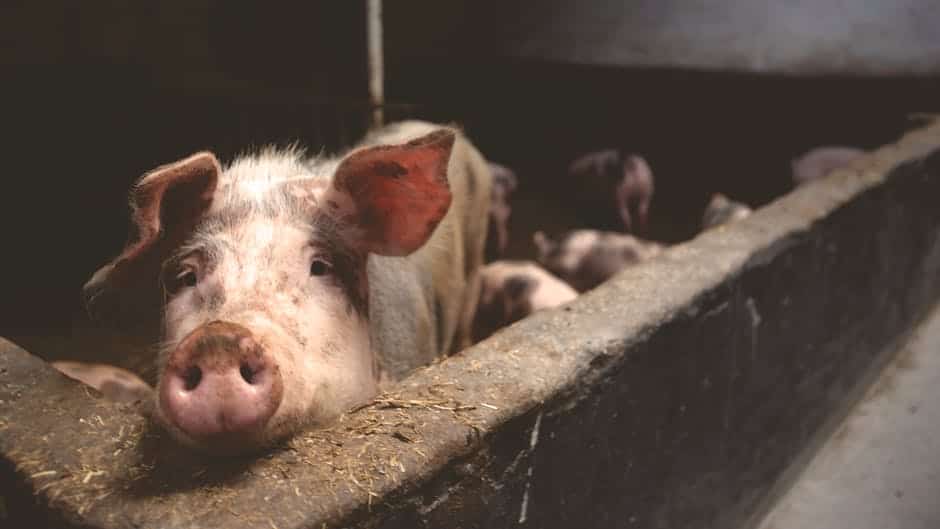 The “Frankenschwein” Easter ‘resurrections’ offer hope humans could one day return from ‘the other side.’

Circulation and cellular activity were restored using tubes that pumped a chemical solution replicating blood into the decapitated heads.

However it’s currently unclear if the technique would work on a recently deceased person, the US team said.

But it opens the door to salvaging mental powers in stroke patients – and the development of new treatments that boost recovery of neurons after brain injury.

The gruesome Frankenstein-style experiments open up a huge ethical debate.

Senior author Professor Nenad Sestan has described the results as “mind-boggling” and “unexpected” but believed the technique could work on humans.

Prof Sestan, a neuroscientist at Yale University in Connecticut, said: “The intact brain of a large mammal retains a previously underappreciated capacity for restoration of circulation and certain molecular and cellular activities multiple hours after circulatory arrest.”

His team obtained 32 pig brains from abattoirs and placed them in their system called BrainEx.

Over six hours Prof Sestan and colleagues observed a reduction in the death of the brain cells.

There was also revival of some cellular functions including the firing of synapses – vital connections between neurons that transport signals.

The study suggests certain brain activities have the capacity to be restored at least partially – even a few hours after death.

It challenges long-held assumptions about the timing and irreversible nature of death, say the researchers.

There was no evidence of global network activity or full-brain function during the experiments.

But many basic cellular workings – once thought to cease seconds or minutes after oxygen and blood flow stop – were observed, reports the journal Nature.

Co-first author Dr Zvonimir Vrselja said: “At no point did we observe the kind of organised electrical activity associated with perception, awareness or consciousness.”

He explained: “Clinically defined this is not a living brain – but it’s a cellularly active brain.”

Cellular death within the brain is usually considered to be a swift and irreversible process.

Cut off from oxygen and a blood supply, electrical activity and signs of awareness disappear within seconds – while energy stores are depleted in minutes.

Current understanding maintains a cascade of injury and death molecules are then activated leading to widespread, irreversible degeneration.

This was even when it was harvested many hours after death. Intrigued, they used the pigs’ brains to discover how widespread this is.

Four hours after death they connected up the blood vessels to circulate a uniquely formulated solution they developed to preserve the tissue using BrainEx.

The breakthrough will also shed light on the structure and function of the human brain – which is difficult to analyse.

This hinders rigorous investigations into topics like the roots of brain disorders as well as neuronal connectivity in both healthy and abnormal conditions.

Co-first author Stefano Daniele, a PhD candidate in Prof Sestan’s lab, said: “Previously we’ve only been able to study cells in the large mammalian brain under static or largely two-dimensional conditions utilising small tissue samples outside of their native environment.

“For the first time, we are able to investigate the large brain in three dimensions, which increases our ability to study complex cellular interactions and connectivity.”

The chemical solution used lacks many of the components natively found in human blood – such as the immune system and other cells.

Dr Andrea Beckel-Mitchener, chief of functional neurogenomics at the National Institute of Mental Health which co-funded the study, said: “This line of research holds hope for advancing understanding and treatment of brain disorders and could lead to a whole new way of studying the postmortem human brain.”

Co-author Professor Stephen Latham, director of Yale’s Interdisciplinary Centre for Bioethics, said: “Restoration of consciousness was never a goal of this research.

“The researchers were prepared to intervene with the use of anaesthetics and temperature-reduction to stop organised global electrical activity if it were to emerge.