Tens of thousands of tourists and locals gathered as a total eclipse of the sun darkened the skies over Chile and Argentina. Tourists from around the world witnessed the cosmic spectacle, which began in the morning as the moon crossed in front of the sun and cast a shadow that passed over a tiny uninhabited […] 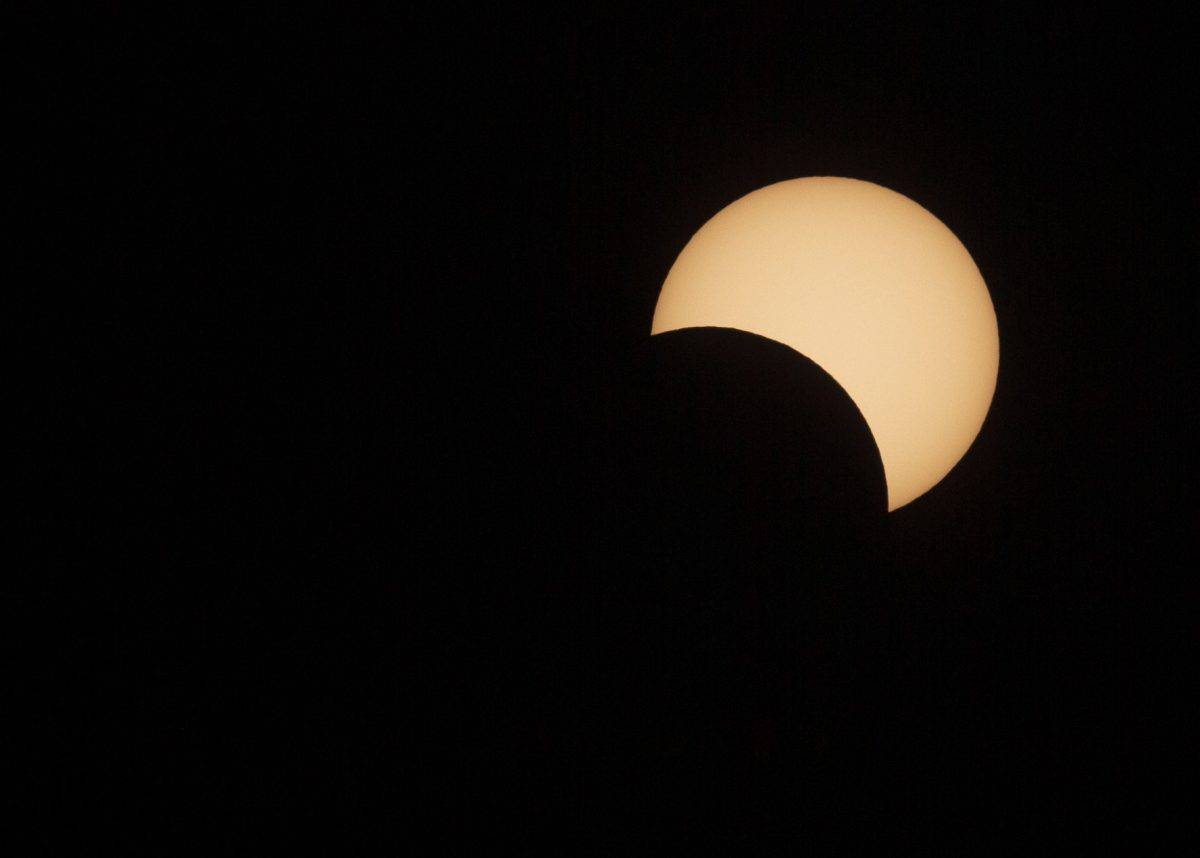 Tens of thousands of tourists and locals gathered as a total eclipse of the sun darkened the skies over Chile and Argentina.

Tourists from around the world witnessed the cosmic spectacle, which began in the morning as the moon crossed in front of the sun and cast a shadow that passed over a tiny uninhabited atoll in the South Pacific and headed to South America.

Chile and Argentina were the only inhabited places where the total eclipse could be seen.

The eclipse made its first landfall in Chile at 3.22pm local time in La Serena, a city of some 200,000 people where the arrival of more than 300,000 visitors forced the local water company to increase output and service petrol stations to store extra fuel.

“Oh! Oh! Oh!” thousands of spectators shouted as they jumped and danced without taking their eyes off the sky.

After a brief moment of silence, the yelling returned as the sun’s rays began reaching Earth again.

In northern Chile, meteorologists measured a three-degree Centigrade drop in temperature and in the centre a two-degree drop.

“Today Chile is the world capital of astronomy,” said Chilean president Sebastian Piñera, alluding to the dozens of giant observatories in the country, which amount to about half the world’s telescopic capacity.

“We are the eyes and senses of humanity to be able to look, observe and study the stars and the universe.”

In the Argentine town of Chascomus, dozens braved near-freezing temperatures and strong winds and claimed a spot at a pier in a lagoon, hoping to catch a glimpse of the eclipse.

“I’ve been looking at the sky since my youth. My first telescope when I was a kid was made out of cardboard,” said Ricardo Rumie, a 68-year-old veteran eclipse-watcher, who set up his camera with a tripod and a telescope with a sun filter along the banks of the lagoon.

“I’ve seen other eclipses but never like this one. I just couldn’t miss it. For me, it’s something supreme.”

Yoga teacher Cecilia Magnicaballi searched for the best spot to watch the eclipse with a green mat under her arm.

“This is about taking out the darkness, letting the sun, the light come in,” she said.

Some rushed to buy the cardboard-framed protective eyeglasses at the last minute.

“This is something that they say won’t repeat itself for like 300 years, so we wanted to bring our son,” said Maximiliano Giannobile, who arrived at the pier with 18-month-old Vitto wrapped in a jacket and several layers of clothes.

Northern Chile is known for clear skies and some of the largest, most powerful telescopes on Earth are being built in the area.

“In the past 50 years we’ve only had two eclipses going over observatories. So when it happens and an observatory lies in the path of a totality, it really is special for us,” said Elyar Sedaghati, an astronomer working as a fellow at the European Southern Observatory in Paranal, Chile.

“We can finally use our toys during the day because it’s always at night that we use them.”

Thousands of visitors also trekked to neighbouring areas of Argentina for the eclipse.

Meanwhile, astronomers in Buenos Aires province planned to offer yoga and meditation classes during the eclipse, which will also be partially visible in other South American countries.

The Earth’s next total solar eclipse will be December 14 2020, and it also will cross Chile and Argentina, although on a different path.