Figures from the Sutton Trust suggest secondary school head teachers and parents are concerned about the social make-up of schools. 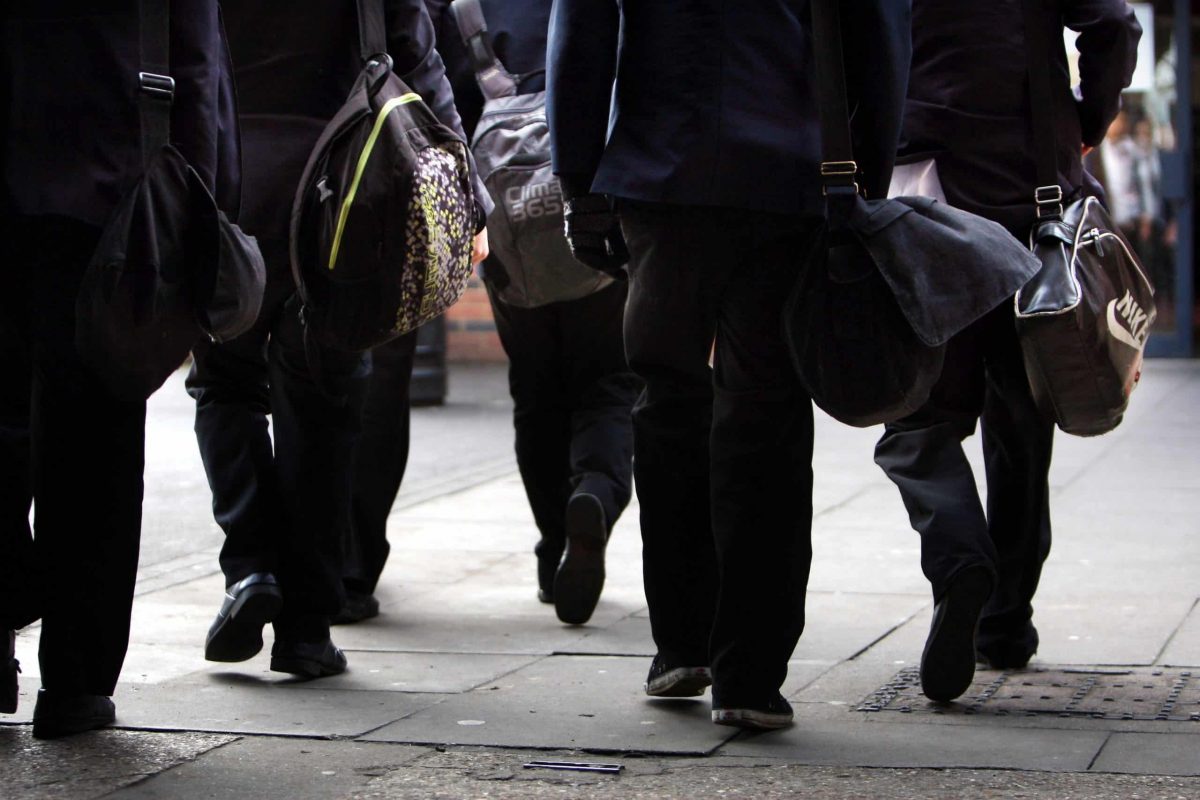 Half of secondary school head teachers think that social segregation is a problem in state schools, new data suggests.

Ahead of secondary school places being allocated, the Sutton Trust published its annual report into how spots are given out and how this varies from school to school.

The figures show that parents are also concerned about the social make-up of schools.

More than three-quarters of parents (78%) polled by YouGov believe that non-selective state schools should have a better mix of pupils from different backgrounds.

The report suggests the current system strongly favours wealthier parents, who can afford to rent or buy closer to the highest achieving schools.

“Schools with well-off intakes sit alongside those with high levels of disadvantage, and low and moderate income families are less likely to access the highest performing schools.

“It’s clear from today’s research that parents and teachers alike want to see a much fairer system, where schools better reflect their communities.

“This would have far-reaching benefits, from better levels of overall attainment to improved teacher recruitment and retention.”

The data comes on the same day that the Office for Students (OfS) launched a review into college and undergraduate university admissions.

Students and staff at universities, colleges and schools will be asked questions on a range of issues, including the use of conditional offers – which have increased significantly in recent years – and the use and accuracy of predicted grades.

Possible reforms to the sector could include saving university offers until after a student has received their A-level results, or delaying the application process until after results day.

The regulator hopes the review will ensure a “system which works for all students”.

Sir Michael Barber, chairman of the OfS, said: “There is widespread recognition that certain aspects of the current admissions system are not working and may be especially unfair on students from disadvantaged backgrounds.

“This is fundamentally an open consultation and a genuine attempt to seek views from as wide a range of respondents as possible.

“Any changes to how and when students apply and receive offers will be complex, they will require the agreement of policy-makers, universities and colleges, examination boards and schools – and will need to demonstrably be in the interests of future students.

“We want to use our powers to convene, to consult and to discuss how we can arrive at a system of admissions where the interests of all students are paramount.”

Commenting on the OfS review, universities minister Michelle Donelan said: “Our world-leading universities should be open to everyone with the potential.

“It is therefore vital that their admissions processes are transparent and work in students’ best interests.

“It is clear some practices, such as conditional unconditional offers, can limit the opportunities and outcomes for some students and changes are needed.”

A Department for Education spokeswoman added: “Pupils are significantly more likely to be offered a place at a good school than they were 10 years ago, with 86% of schools rated good or outstanding now compared to 68% in 2010.

“The Schools Admission Code is clear that admission arrangements must not unfairly disadvantage any child.”

Labour shadow education secretary Angela Rayner said: “Our system of school admissions lets down too many children, and means opportunities are determined by the wealth of a child’s parents.

“The Government should make school admissions fairer and more consistent by taking these powers away from individual academies and giving them back to local authorities.”