It comes on the week that the Covid-19 jab is starting to be rolled out to pupils aged between 12 and 15 across the UK. 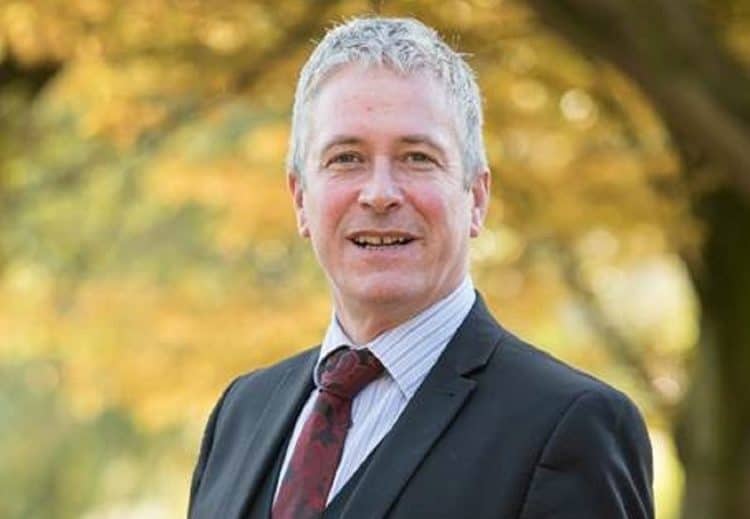 Staff at a school targeted by anti-vaccination campaigners have received “abusive” and violent threats and an “unwelcome” visitor on the site.

David Phillips, head of Chilwell School in Beeston, Nottingham, is making preparations for possible protests outside the school after receiving threatening phone calls, emails and a “poster attack” in just 48 hours.

Mr Phillips told the PA news agency that he has contacted the police about the rise in activity at the school as he condemned the actions of the anti-vaccination campaigners as “reprehensible”.

His comments come after a minister insisted teachers should not face “unacceptable” pressure from anti-vaccination protesters amid the rollout of the Covid-19 jab to children aged between 12 and 15.

On Thursday, Conservative frontbencher Alex Burghart condemned “dreadful anti-vaccination protests” taking place outside schools – which are primarily the sites where vaccines are being offered to children.

The Association of School and College Leaders (ASCL) has urged campaigners to stop targeting schools amid reports of protesters leafleting students.

Chilwell School pupils were handed out campaign leaflets near to the school in the summer term and posters were put up in the car park accusing the school of “treating children like experimental animals”.

And in the last week, when the school began seeking consent from parents for the Covid-19 vaccination, the headteacher said incidents involving anti-vaccination campaigners have become “more frequent”.

But Mr Phillips said he has “every confidence” that the harassment is not from parents or students.

He told PA: “In the last 48 hours I can now count up one poster attack, two voice messages, either left on the answering machine or directly to reception, I’ve had about five or six email contacts from people, and today (Thursday) also an unwelcome visitor onto the school site and into our reception.”

Mr Phillips said the campaigner who had walked into the school reception area handed him an alleged “cease and desist” letter while filming the incident.

He added: “I have been in fairly frequent communication with the police through this week with the rise of the incidents mainly in order so they have a full picture of the kind of activities that take place.”

Speaking to PA on Thursday afternoon, Mr Phillips said: “In the last 24 hours I’ve had two abusive and threatening messages.

“One voicemail message, the other was a phone call into the receptionist who was threatening violence.”

He added that the voicemail message used “obscene language” and mentioned him personally.

Mr Phillips said: “I don’t feel that actually they have rocked my boat at all, but their behaviour remains reprehensible.”

Recent guidance from the UK Health Security Agency (UKHSA) suggests that headteachers should contact police if they believe protests could be held outside their buildings.

Mr Phillips said: “We are very conscious about needing to make sure that we keep our students safe when they are arriving and leaving school.”

When asked whether the school is making preparations in case protests are held outside the gates in the future, he replied: “Indeed. Yes we are.”

The head added: “It’s important that we have something in place that would mean there would be minimal impact for any of our students who attend school and I’m reassured that our dialogue with the police means there would be immediate action.”

Geoff Barton, general secretary of ASCL, told PA: “It is a particularly nasty turn of events to hear of threats of harm being made against a school leader and such behaviour is completely unacceptable.

“Most anti-vaccination activity has taken the form of letters threatening schools with legal action, and we have recently heard reports of protesters leafleting outside schools.

“This is extremely unhelpful and unsettling and we urge campaigners to stop targeting schools.

“The vaccination programme for 12 to 15-year-olds is aimed at reducing educational disruption and seems to us to be in the best interests of young people.

“But it is an offer of vaccination and ultimately a matter for pupils, along with their parents or carers, to decide whether or not to take up that offer.”

Related: Billions squandered on cronyism, but Universal Credit lift will ‘have to come out of people’s pockets’