“We warned bringing the extremist Greens into Government would damage Scotland’s economy and the effects of this are now being seen," he added. 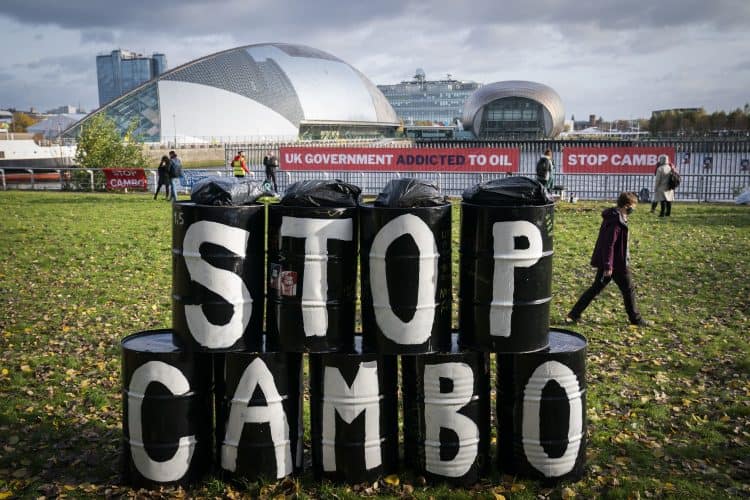 Work on the controversial Cambo oilfield is being paused, the company behind the project has said.

It follows a decision last week by Shell to pull out of the proposed development off Shetland.

He said: “Following Shell’s announcement last week, we are in a position where the Cambo project cannot progress on the originally planned timescale.

“We are pausing the development while we evaluate next steps.

“We continue to believe Cambo is a robust project that can play an important part of the UK’s energy security, providing homegrown energy supply and reducing carbon intensive imports, whilst supporting a just transition.”

They warned it would jeopardise hundreds of species in the ocean and have threatened the UK Government with legal action.

Sam Chetan-Welsh, political campaigner at Greenpeace UK, said: “The economics of the Cambo oilfield were looking decidedly shaky, and the climate maths never did make sense.

“Both the Westminster and Scottish Government now need to end support for new oil and gas infrastructure.

“They should urgently deliver a just transition to clean energy, providing the money, policy and training to ensure the communities who have relied on the oil industry can move to the green jobs of the future.”

Last week Shell, which had a 30% stake in the development, said it had “concluded the economic case for investment in this project is not strong enough at this time, as well as having the potential for delays”.

In November, Scotland’s First Minister Nicola Sturgeon said the project should not go ahead.

It followed months of pressure from opposition parties and campaigners for the Scottish Government to make its position on Cambo clear.

The party’s shadow secretary for net-zero Liam Kerr said: “The hostile SNP-Green stance on projects like Cambo is making it less attractive for energy companies to invest in Scottish oil and gas.

“It’s clear the shameful, ignorant, anti-business views of this coalition are now not only jeopardising our ability to meet net-zero targets but also abandoning thousands of jobs in the sector.

“Without investment in these projects, we risk becoming even more dependent on foreign imports rather than making use of Scotland’s domestic reserves of oil and gas.

“We warned bringing the extremist Greens into Government would damage Scotland’s economy and the effects of this are now being seen.”

He added: “The path to net zero lies not in vast amounts of continued subsidy for an oil and gas industry that is already cutting jobs, but investing in stable jobs in industries like renewable energy, such as the new facility at Nigg.

“So while the Tories have been scaremongering, Greens in Government have established a transition fund for the north east and Moray to do exactly that.”