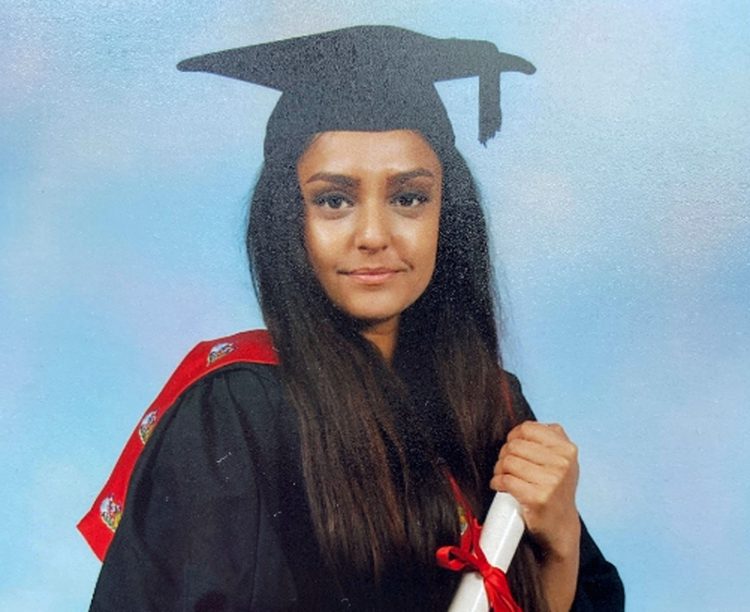 The sister of murdered primary school teacher Sabina Nessa has said their family would have been treated better if they had been a “normal British white family”.

Jebina Yasmin Islam said there has been no support from the government, describing people in senior positions as “useless”, and pointing out that the murder of Sarah Everard received more coverage in the press.

Koci Selamaj, an “evil” sexual predator, was jailed for at least 36 years for the murder of Nessa.

The 36-year-old travelled to London from the south coast to carry out the premeditated attack on a random woman on September 17 last year.

On Friday, Selamaj refused to go to the Old Bailey and was jailed for life in his absence.

In an interview broadcast on Monday morning, Islam said she had had support from the Royal Borough of Greenwich and MP Clive Efford but “higher up people” had been “useless”.

She told BBC Radio 4’s Today programme: “They’ve not said nothing. Priti Patel has done a tweet on Friday and I was not happy about it because all of a sudden she’s using my sister’s name for publicity reasons.

“And to be honest she has no right.”

“My sister didn’t get as much headlines, I feel, at the start. Maybe was it down to her ethnicity?” she said.

“She didn’t get the front pages on some of the papers, and in Sarah Everard’s case she did. I think it’s just down to our ethnicity, to be honest.

“And I feel like if we were a normal British white family we would have been treated equally, I guess.”

‘He’s such a coward’

Asked about Selamaj not attending his sentencing, Islam said: “I was frustrated. We were like, ‘He is such a coward, not facing up to what he has done’.

“It made me angry because I wanted him to hear our impact statement to show how much hurt he’s caused my family.”

Asked if the court should have the power to force someone to attend, she said: “Definitely. I think it’s so important, the fact that they should be able to make the murderer, the perpetrator, come into court and listen.”

Islam said convicts should not have the freedom to say they do not want to attend court.

Garage worker Selamaj targeted 28-year-old Nessa as she walked through Cator Park in Kidbrooke, south-east London, to meet a friend at 8.34pm on September 17.

CCTV footage captured the moment he ran up behind her and hit her over the head 34 times with a 2ft metal traffic triangle.

He carried her unconscious body up a grassy bank and out of view. He then pulled up her clothes, removed her tights and underwear, and strangled her before covering her body in grass.

Nessa, who taught a year one class at Rushey Green Primary School in Catford, was found nearly 24 hours later near a community centre in the park.

Related: Rishi hands himself in to PM’s independent adviser