The Government in April signed a £120 million economic and migration agreement to send failed asylum seekers to Rwanda, though none have yet departed. 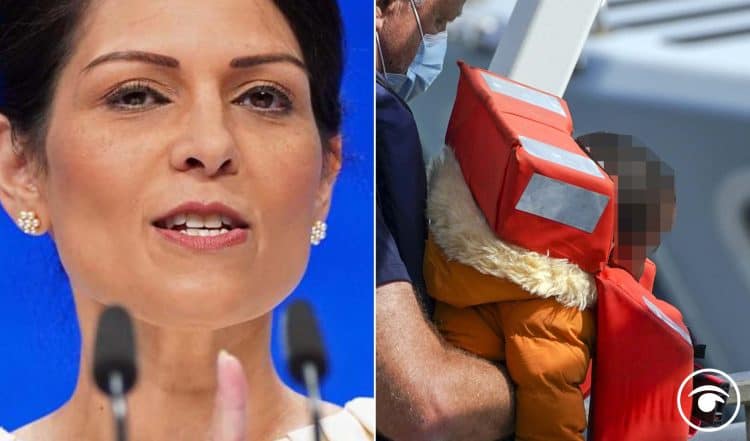 Priti Patel will reportedly create a so-called “league table” of nations based on their level of co-operation in accepting criminals and failed asylum seekers from the UK.

The table will be used to pressure countries to agree to individual return deals, according to the Times, with those who refuse to take back their own foreign criminals and illegal immigrants to face sanctions.

The Government in April signed a £120 million economic and migration agreement to send failed asylum seekers to Rwanda, though none have yet departed.

However, Patel has been left frustrated by so-called ‘lefty lawyers’ hampering her plans.

It led to a Bar Council and Law Society statement calling on the PM to “stop attacks on legal professionals” helping refugees fight removal to Rwanda.

But it might not be lawyers that stop this much-criticised plan.

The region could be on the brink of war, reports the FT.

Congo’s president Félix Tshisekedi has wanted of risk of armed conflict with Rwanda.

The leaders of the two respective countries are due to meet today in Angola to talk about the armed conflict in eastern Congo, where M23 rebels last month took a town near the Uganda border.

Congolese officials have asserted that M23 is backed by Rwanda, and have accused the much smaller neighbour of occupying Congolese territory.