Maria Zakharova said ‘similar adjectives’ to those used about the Russian leader could be directed at Britain’s PM. 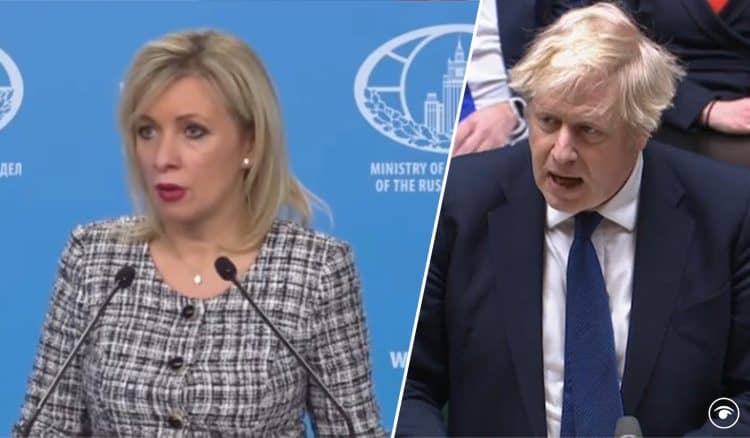 The Defence Secretary could have used “similar adjectives” to describe Boris Johnson when he told troops that Vladimir Putin had gone “full tonto”, Russia has said.

Ben Wallace made the unguarded comments while chatting to serving military personnel at the Horse Guards building in Westminster on Wednesday.

Speaking about the situation in Ukraine, he said: “It’s going to be a busy Army.

“Unfortunately we’ve got a busy adversary now in Putin, who has gone full tonto.”

Maria Zakharova, Russia’s Foreign Affairs Ministry spokeswoman, was asked about the comments by Sky News at a press briefing on Friday.

According to the translation on Sky News, she said it was “surprising that such evaluations are given by (the) defence minister of the UK regarding authorities of a different state”.

She added: “I think he could have thought up of similar adjectives… thinking of (the) British Prime Minister if we talk about personal judgment.”

Mr Wallace, a former Scots Guards officer, also said on Wednesday that his regiment had “kicked the backside” of Tsar Nicholas I during the Crimean War and “we can always do it again”.

He said: “Tsar Nicholas I made the same mistake Putin did… he had no friends, no alliances.”

Mr Wallace’s assessment of the Russian president came after Mr Johnson accused Mr Putin of being “in an illogical and irrational frame of mind”.