"This successful attack will surely break the backbone of the 35th Ukrainian Odessa Public Toilet Battalion." 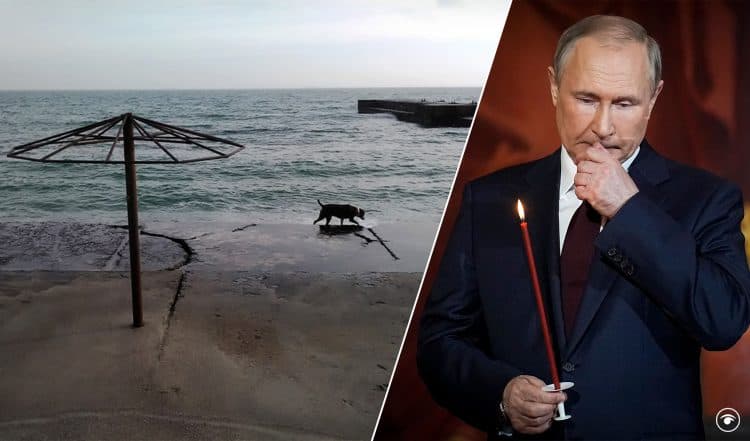 Another Russian offensive went down the drain this weekend after a £4 million missile strike managed to destroy nothing but a beach toilet.

Advancing on the Ukrainian city of Odessa, a key strategic target for Vladimir Putin, Russian commanders appeared to get their targets confused after one projectile took out nothing more than a beach bog.

Ukraine’s southern operational command confirmed that the public bathroom had been destroyed in a statement, reports the Daily Star.

“Another missile strike with the use of aircraft was inflicted on the Odesa region,” it read.

“With air-based missiles, the enemy significantly ‘damaged the air’ in the southern Odesa region.

“The beach toilet was destroyed. Apart from the hopelessly lost conscience and reputation of the aggressor, there were no other losses.”

People were quick to share their thoughts about the missile strike and could not resist mocking the Russian army on social media.

“Do you know any other better military investment?”

Another wrote: “This successful attack will surely break the backbone of the 35th Ukrainian Odessa Public Toilet Battalion, the lynchpin of the Ukrainian coastal defence.”

Related: ‘Battle of Techno House’: Russian solider beaten by a door gets his own Wikipedia page