Sergey Andreev was ambushed by activists as he arrived at the Soviet soldiers cemetery in Warsaw. 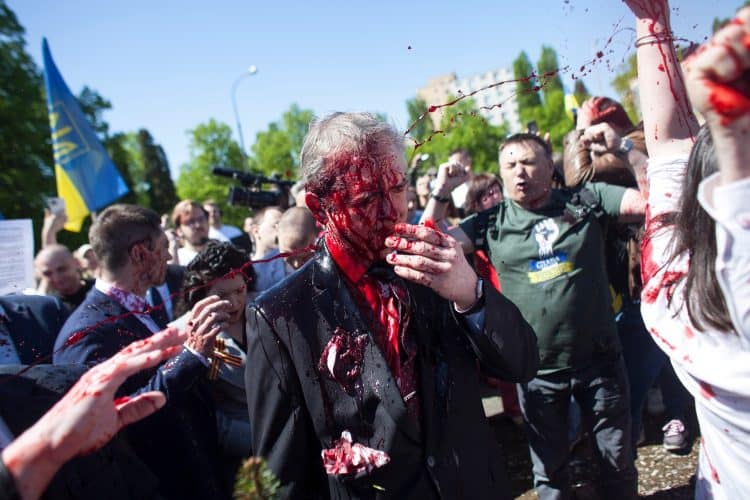 The Russian ambassador to Poland has been hit by red paint thrown by protesters.

Sergey Andreev was ambushed by activists as he arrived at the Soviet soldiers cemetery in Warsaw to honour Red Army troops who died during the Second World War.

Video footage showed paint being thrown from behind Mr Andreev before a protester beside him hurled a big blob of it in his face.

The protesters prevented the ambassador and other members of a Russian delegation from laying flowers.

They carried Ukrainian flags and chanted “fascist” at Mr Andreev, while some were dressed in white sheets smeared with blood, symbolising Ukrainian victims of Russia’s war.

Other men in Mr Andreev’s entourage were also seen splattered with what appeared to be red paint.

Police arrived at the scene to help the ambassador and other members of his delegation get away.