“We wanted to reiterate the numbers of people who’ve lost their lives to this virus and the people who’re battling on the frontline against this." 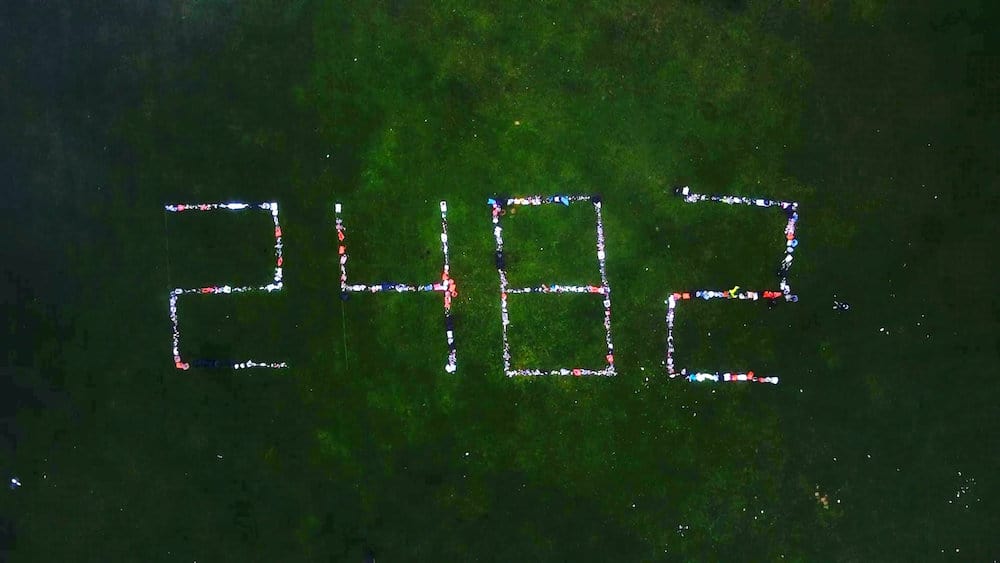 Revellers who trashed a beauty spot were reminded of the dangers of crowds – with bags of rubbish arranged to form the coronavirus death toll.

Volunteers got up at 4am to make the striking formation out of more than 100 bags of litter collected from the Meadows in Edinburgh.

The bags were arranged into the number 2,482 – the current death toll in Scotland.

Artist Denny Hunter, 45, came up with the idea along with his wife, Alison Grieve, 43.

The couple live close to the park and were disgusted by the mess – which included broken glass, nappies and used tissues.

They wanted to remind young people to be cautious, and to pay tribute to key workers.

Mum-of-five Alison said: “We live right next to The Meadow, it’s a special place for us.

“We could see thousands of people appearing each day and people were moaning about all the rubbish.

“We thought we’d do something about it and had a message.

“We wanted to reiterate the numbers of people who’ve lost their lives to this virus and the people who’re battling on the frontline against this.

“We wanted our local community to chip in and help and alter its behaviour for the better.”

Another eight people joined in their efforts, and by 7am the bags had been arranged, and half an hour later all the litter was in rubbish sacks and ready to be collected by the council.

Alison, who runs a manufacturing business, said: “So many strangers stopped and picked up a bag to help.

“This was about the local community pulling together – even if it meant getting up at 4am.

“But it’s not a big sacrifice, it’s a message to say ‘we’re still in this’.

“There were nappies, bloodied tissues and broken bottles – it was nasty.

“The council guys who were clearing it up yesterday said the rubbish was ‘just as bad as the day before’.

“It seems young people have had enough and it’s a protest against the situation we’re all in.

“It doesn’t feel like we’re in a war just now but we are – I have friends who’re ICU nurses.

“But it’s as if people just want it to end and are sick to death of it, but we do need to be pulling together more than ever.

“People are more than willing to chip in and help out.

“We didn’t want to create a massive group and be counter intuitive so we kept it to around ten people and social distanced.

“There’s so much anger just now but we can all do one small thing and make our community a little bit better.”

Related – ‘When they urinate in your garden, it’s the pits’: Residents condemn beachgoers