Bournemouth, Christchurch and Poole Council declared a major incident after huge numbers of visitors crowded on to the beach. 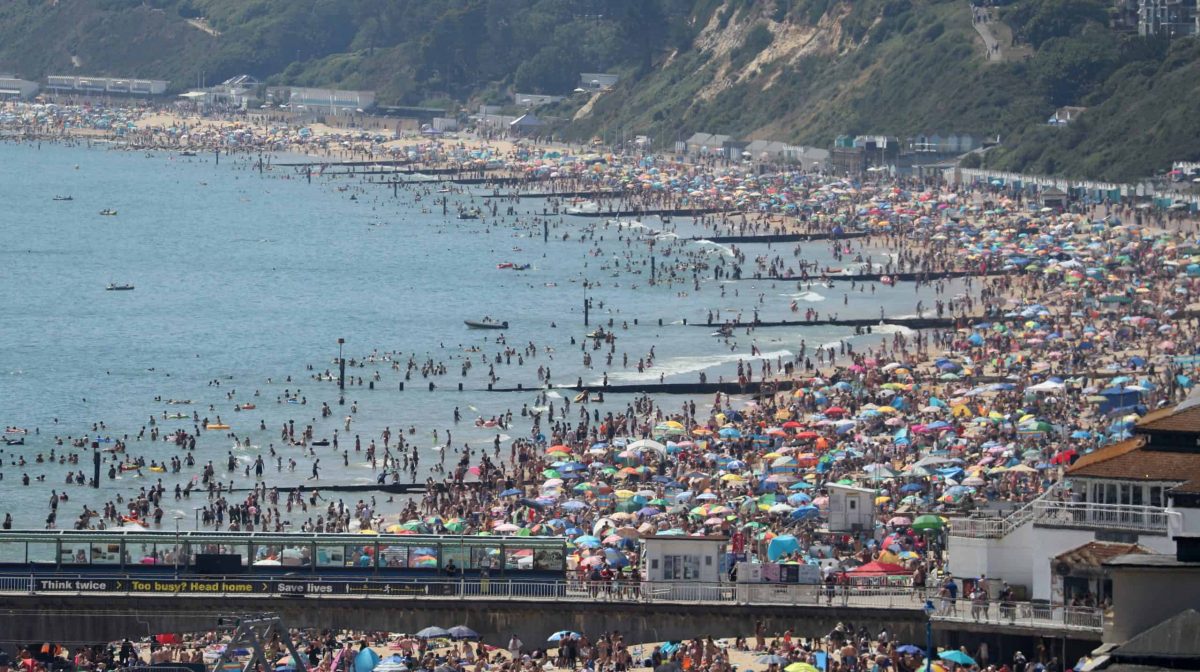 Residents have described the “mayhem” as tens of thousands of sun-worshippers descended on Bournemouth beach “with no idea of social distancing”.

Bournemouth, Christchurch and Poole Council declared a major incident after services were “completely overstretched” as huge numbers of visitors crowded on to the beach on Thursday.

The council said extra police patrols had to be brought in following the “irresponsible” behaviour of crowds who gridlocked roads, dumped rubbish, abused refuse collectors and parked illegally.

Police and security were seen patrolling the beach on Friday morning, although the crowds had not arrived in such numbers, possibly put off by forecasts of storms arriving later.

Local resident Pat Munday, 73, described how cars were double-parking and blocking driveways, preventing emergency vehicles from getting through, while people were using the gardens of her apartment block as a toilet on Wednesday and Thursday.

“They just don’t give a monkey’s about others”

She said: “It was just mayhem, people just want to have a good time but they just don’t give a monkey’s about others.

“It’s a shame, it’s such a beautiful part of the country but people just need some control, people have lost all sense of respect – when they urinate in your garden, it’s the pits.”

Vic Williams, 75, said: “There was no idea of social distancing, when we left at 2pm the crowds were still arriving, there wasn’t any two metres.

“Because the restaurants are closed, there’s nowhere else for people to go.”

Mr Williams said the council’s tractors had been out in the early hours clearing up the tonnes of rubbish left.

He added: “The litter afterwards was unbelievable, they just walk away from the beach and leave their rubbish, there were tents left, BBQs, it costs us ratepayers a fortune.”

A senior lifeguard said there was an “excessive” number of people during the hottest days, and added: “Bournemouth has a reputation as one of the best beaches in Europe … but it’s important we work together so everyone can feel safe.”

Jessa Bane, 18, and a group of friends travelled down from the Reading area to enjoy the beach after finishing college.

She said: “We have created our own social bubble by drawing a line in the sand around us to make sure we can social distance.”