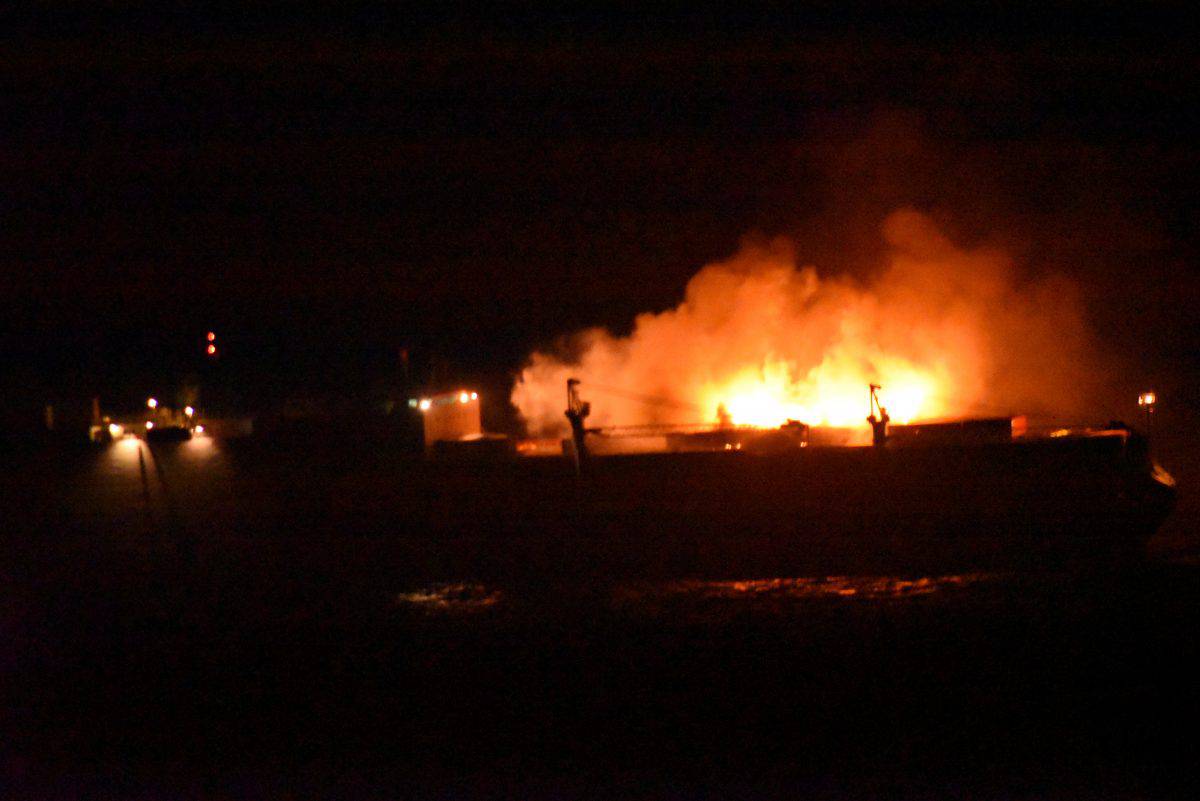 Royal Navy sailors have rescued 27 crew trapped on a blazing container ship which turned into an inferno off the French coast.

HMS Argyll saved everyone aboard the MV Grande America in the Bay of Biscay during a treacherous eight-hour operation in “horrendous” sea conditions.

The British warship was on her way home to Plymouth, Devon, after nine months in the Asia-Pacific region when it responded to the burning vessel’s mayday call.

They were crammed aboard an orange lifeboat which was damaged as it crashed into the heavy seas and “bobbing around like a cork in a bathtub”, according to rescuers. 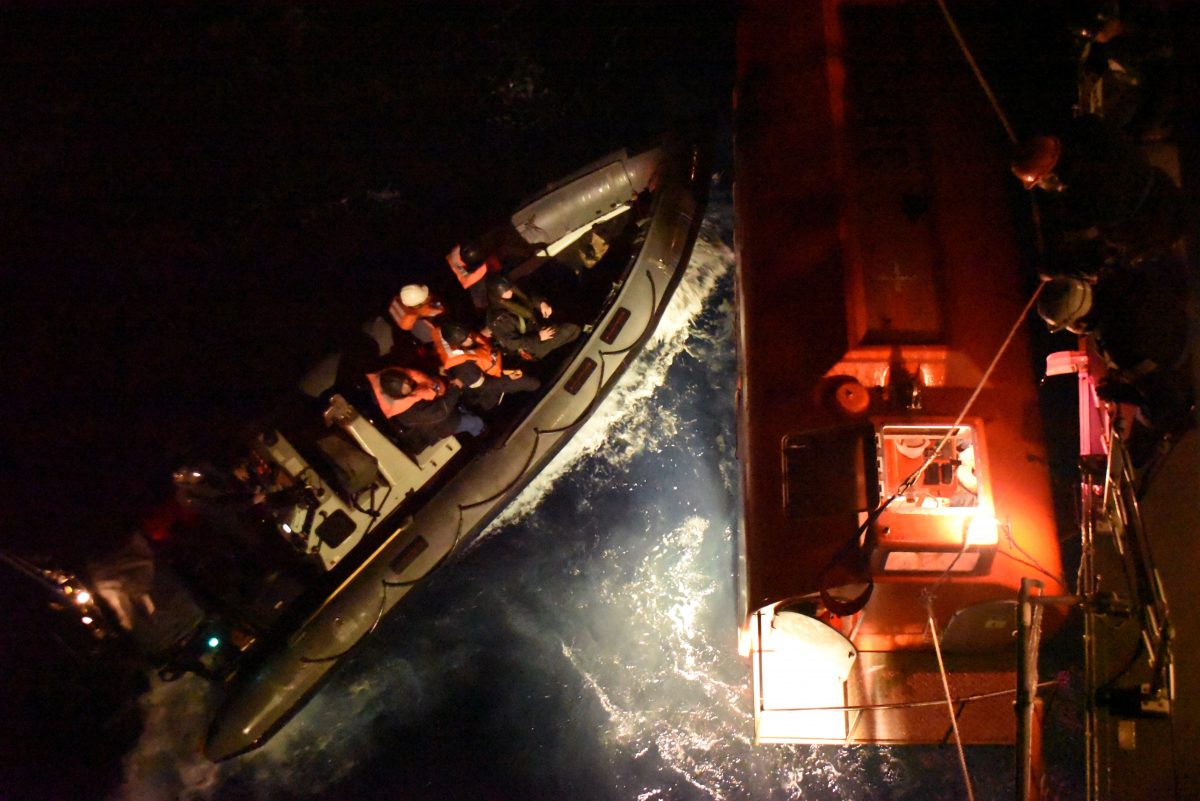 A sea boat was deployed from Argyll which pushed the lifeboat next to the military vessel and enabled the stranded crew to climb aboard.

Defence Secretary Gavin Williamson commended the navy sailors for their “swift and selfless response to a difficult situation” and said they “undoubtedly saved 27 lives”.

He said: “This rescue demonstrates that even on the final leg of a challenging nine-month deployment to the Far East, the Royal Navy’s sailors remain vigilant and professional at all times.”

The Italian-registered vessel was bound for Casablanca from Hamburg when the fire broke out at 8pm yesterday (Sun).

Lieutenant Commander Dave Tetchner, HMS Argyll’s weapon engineer officer, said: “The conditions were horrendous – the vessels were rolling at 30 degrees which made it extremely hairy getting the sailors safely on board.

“Royal Marines were on the ropes hauling people up, the sea boat was pushing the lifeboat against Argyll.” 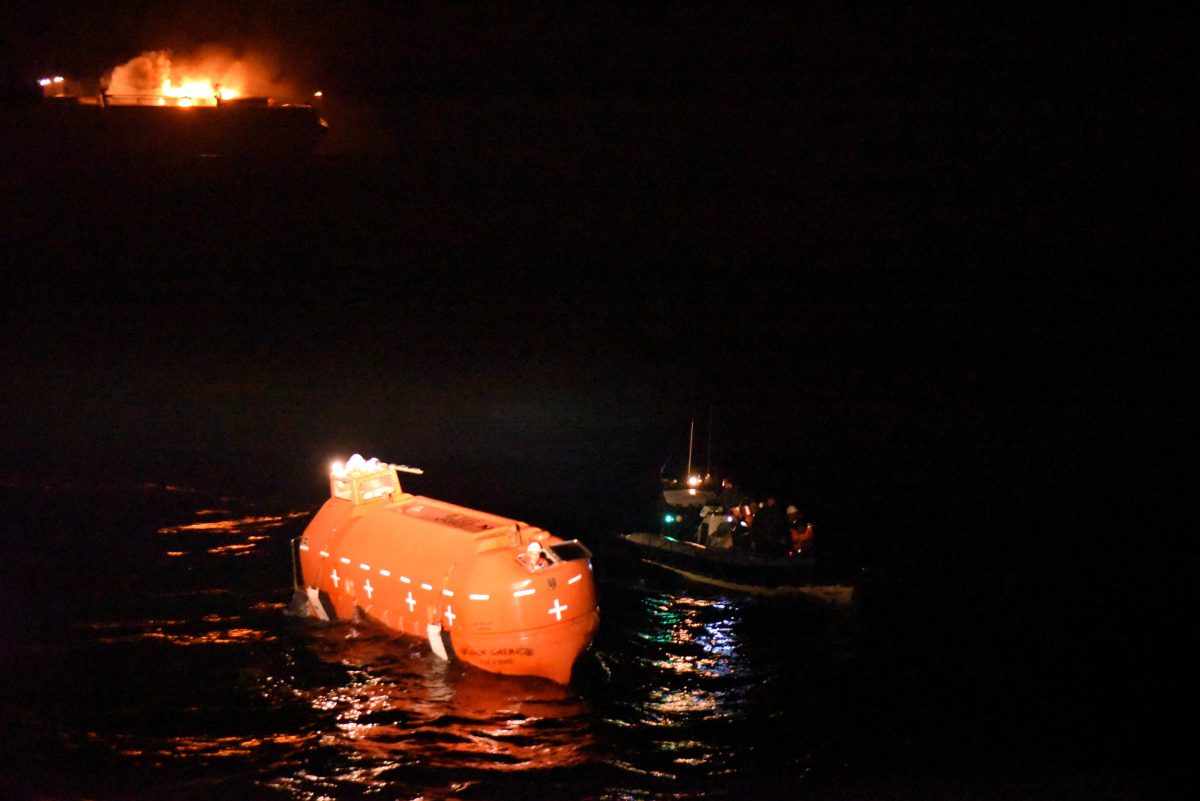 He added that the orange lifeboat was “just like the one in Captain Phillips, bobbing around like a cork in a bathtub” when they arrived.

MV Grande America was still alight when Argyll left the merchant ship around 5am.

The rescued sailors are being taken to the French port of Brest.

He said: “It was pretty awful for them – they’d had to fight a fire in dreadful seas. Every one of them suffered smoke inhalation.

“Then they faced the prospect of abandoning ship and then their lifeboat failed. It was pretty awful all round and they were shocked.

“You see container ships like this every day when you’re sailing around the world.

“What you do not see is one in flames – it was a dreadful sight.” 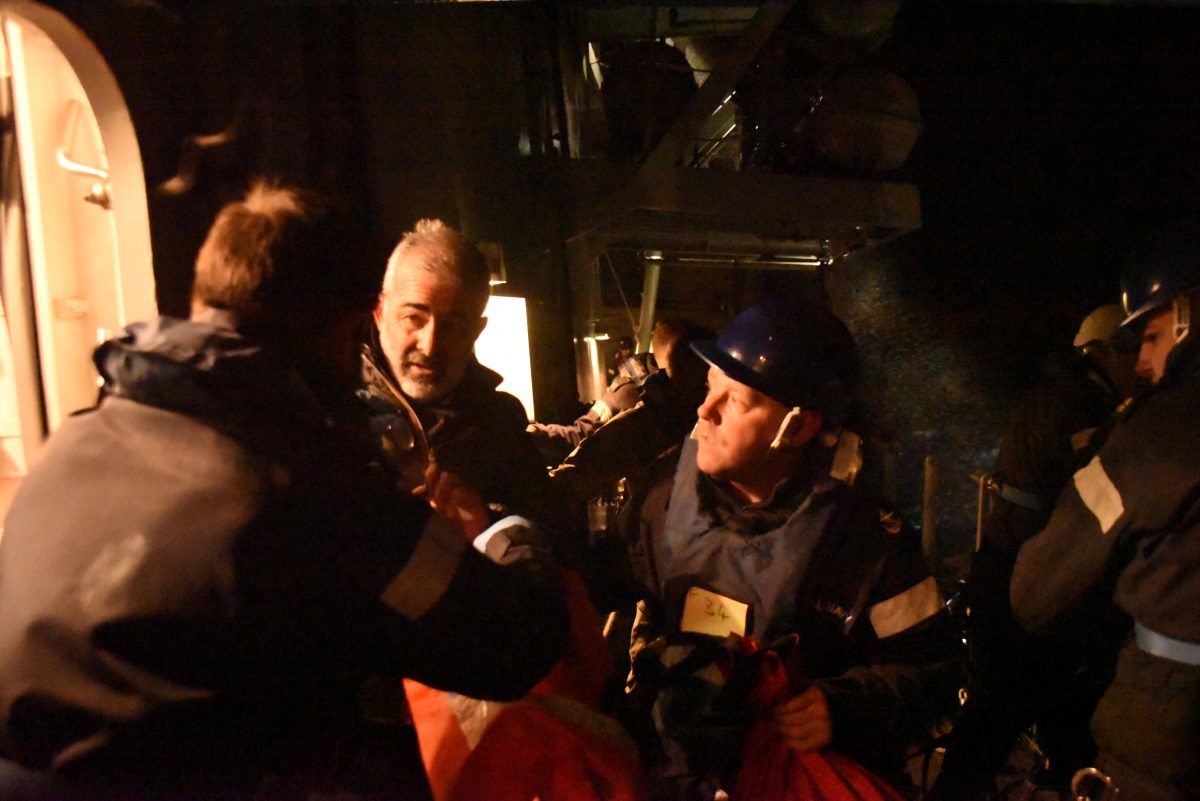 Lt Cdr Tetchner said the 200 sailors and Royal Marines aboard HMS Argyll – due home on Friday – responded to the incident in an exemplary way.

He said: “You couldn’t single any one individual out – the way the whole ship responded was magnificent and demonstrated how good our training is and how every person on board reacted.

“The sea boat crew and the seamanship specialists, the Royal Marines getting stuck in, the bridge team handling the ship, the communicators co-ordinating things, the doctor, medics and stewards treating people and the chefs cooking up beans on toast in the middle of the night.

“These are the things people join the Navy for – a real life, really worthwhile job, especially when the result is a good one like this.” 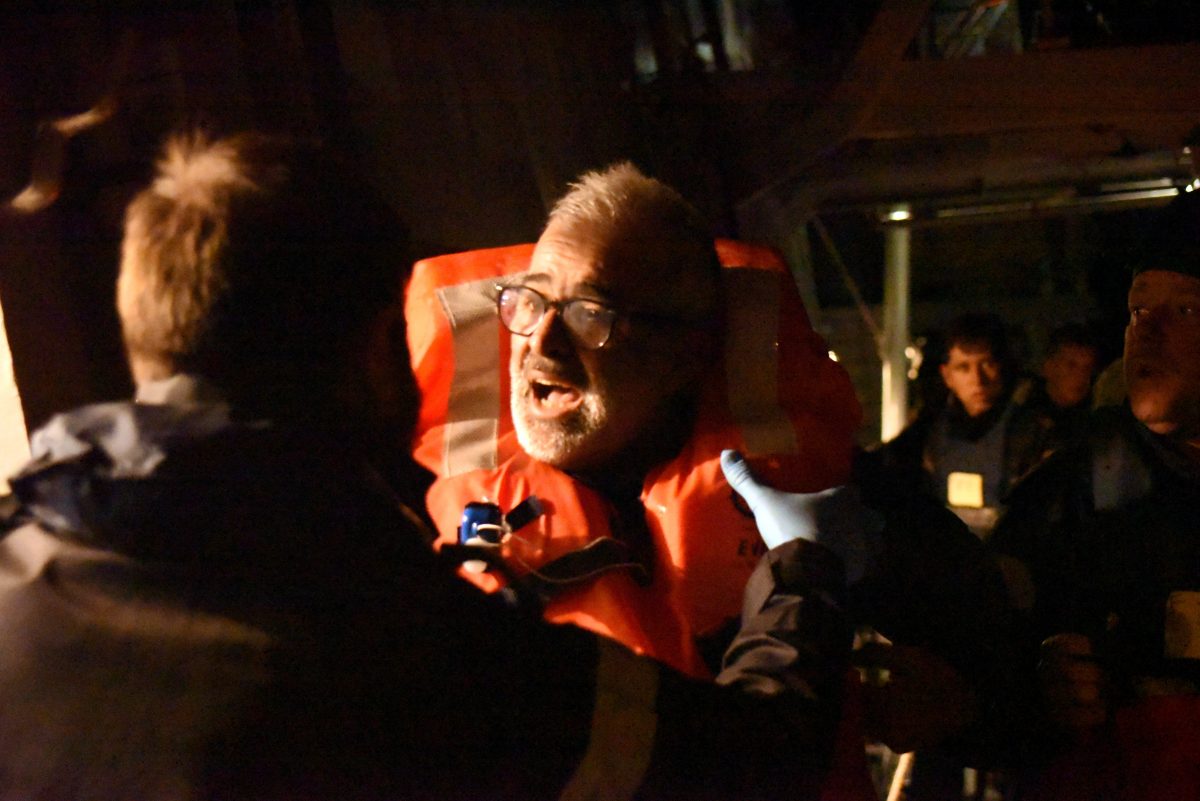 The Commanding Officer of HMS Argyll, Commander Toby Shaughnessy said: “I am incredibly proud of my ship’s company and the way they performed in this rescue effort in the most challenging of conditions.

“Without a doubt, this was a near run thing.

“The conditions were on the limit for recovery and this could just as easily been a different result. It was an exceptional team effort and there’s a great feeling on board after a successful result – everyone was saved.”