“There is a problem potentially directly after Christmas and that is really in fresh produce, so we’re talking here about things like salad, vegetables, fresh fruit, of which the vast majority come from Europe at this time." 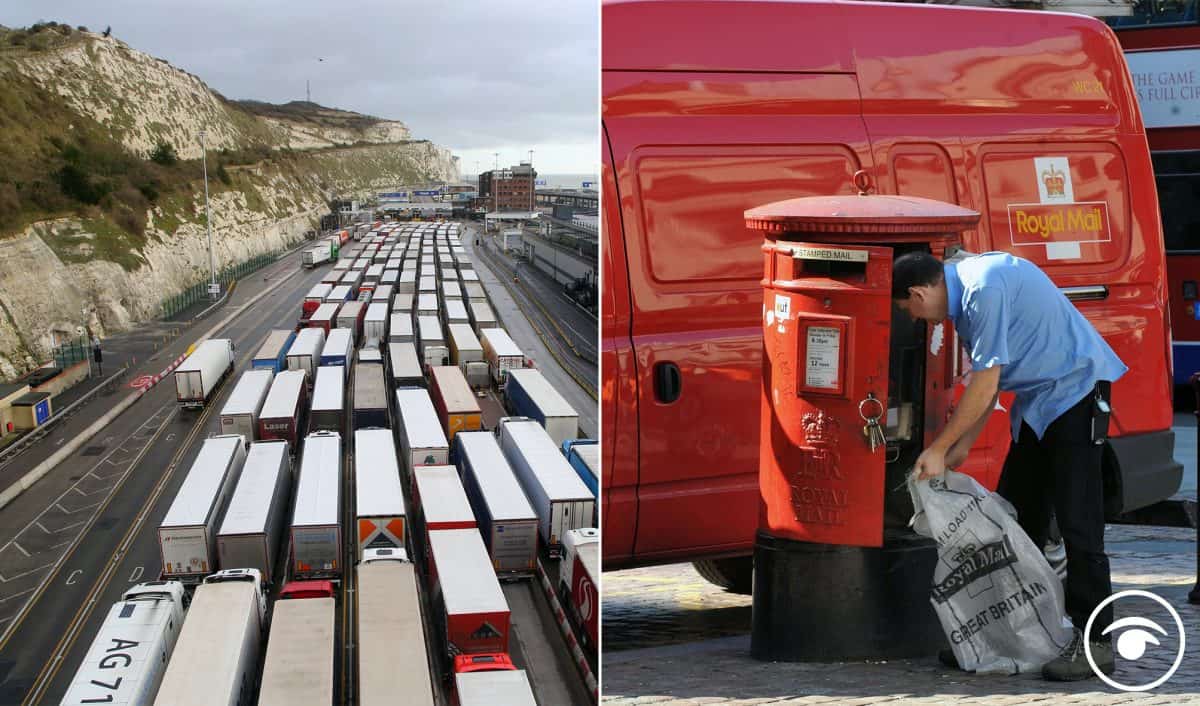 Royal Mail has suspended deliveries to mainland Europe amid transport restrictions due to the mutant coronavirus strain. It comes as Andrew Opie, director of food and sustainability at the British Retail Consortium, said the “borders really need to be running pretty much freely from tomorrow to assure us that there won’t be any disruption”.

The Royal Mail said it was also experiencing delays to Canada and Turkey, both of which were listed as part of its “on suspension” list.

Deliveries to the Republic of Ireland are unaffected.

In a statement on its website, Royal Mail said: “We are working to keep as many international mail services running as possible given the current restrictions around air, road, ferry and train movements from the UK.

“Royal Mail has temporarily suspended all mail services to Europe, with the exception of the Republic of Ireland. We are keeping the situation under close and constant review.”

The company said it was monitoring the “fast-moving situation” on an hourly basis, adding: “We’re… ready to open our services as soon as we are able to once the restrictions have been lifted.

“We continue to explore all options. We’re additionally experiencing delays to Canada and Turkey as air capacity is severely limited.

“We’re working with our airline and postal/courier partners across the globe to maintain services, however delays should be expected.”

Royal Mail also said it could not guarantee special delivery items posted on Wednesday (December 23) would arrive before Christmas due to the impact of the new coronavirus restrictions.

Meanwhile, Germany’s DHL said it was temporarily suspending deliveries of packages to the UK.

Border must open by Wed

He told BBC Radio 4’s Today programme: “There is a problem potentially directly after Christmas and that is really in fresh produce, so we’re talking here about things like salad, vegetables, fresh fruit, of which the vast majority come from Europe at this time.

He added: “As long as it can be cleared today, there’ll be minimal impact for consumers – remember the shops are shut on Christmas Day which takes one day of buying out of the equation, but those lorries that are stuck in Kent, they do need to get back within the next day.”

Ms Patel told Sky News: “We speak to our colleagues in France constantly on a range of issues and that work has been under way over the last 24 hours and will continue today.

“We’re working to get a resolution, I think that’s really important to put this into context. It’s in both our interests, both countries to ensure that we have flow, and of course there are European hauliers right now who want to be going home and, quite frankly, it’s in both our interests to carry on those discussions and negotiations and we will see what materialises today.”

Government sources told the PA news agency that discussions with the French government are “ongoing” after Prime Minister Boris Johnson said on Monday evening that the two countries are working “to unblock the flow of trade as fast as possible”.

The M20 in Kent was closed on Monday night to allow for the implementation of Operation Brock – contingency measures which involve using a moveable barrier to keep traffic moving on the motorway whenever there is disruption at the Channel.

Meanwhile, the Government’s chief scientific adviser, Sir Patrick Vallance, said tougher restrictions may be needed across the UK because cases of the mutant strain of Covid-19 are now appearing “everywhere” and it is transmitted more easily.

London and parts of southern and eastern England were rushed into the new Tier 4 lockdown regime at the weekend, effectively cancelling Christmas plans and imposing measures similar to the previous national lockdowns.

At a Downing Street news conference on Monday, Sir Patrick said: “I think it is likely that this will grow in numbers of the variant across the country, and I think it’s likely, therefore, that measures will need to be increased in some places, in due course, not reduced.”

Scotland and Northern Ireland have already announced new lockdowns from Boxing Day, while Wales’s tough restrictions will only be eased for Christmas Day before being reimposed.

Northern Ireland’s Executive voted against imposing a travel ban on Great Britain and the Republic of Ireland overnight but did agree to issue guidance warning against all but essential travel.

But more positive news came from the Prime Minister, who said more than 500,000 people have now received their first dose of the Pfizer/BioNTech Covid-19 vaccine.