“I don’t know why we trust the Tories to make this legislation when we all know they have absolutely no f**king clue." 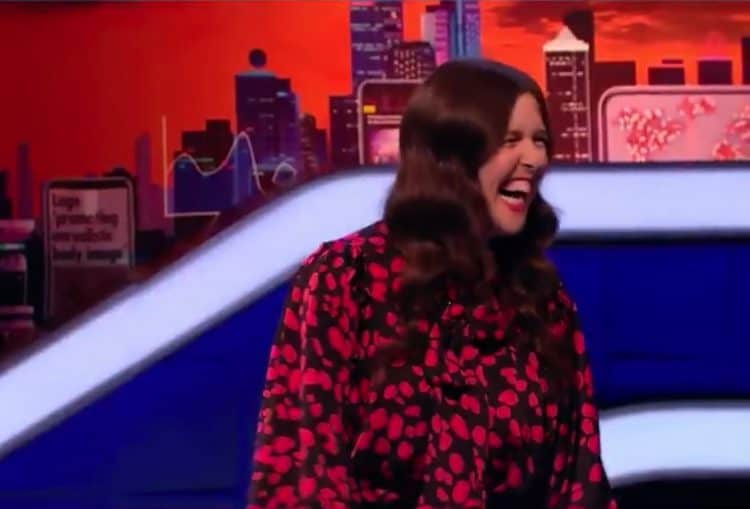 Disabled comedian Rosie Jones has been widely applauded for an “amazing” takedown of the government’s plans to reform social care.

Jones, who has ataxic cerebral palsy, appeared on Late Night Mash on Dave to talk about proposals for a reform of health and social care which was unveiled earlier this month.

Heralded as a “landmark” Bill by Conservatives, a new levy has been passed aimed at tackling the backlog in the NHS.

It will also provide a “new permanent way to pay for the Government’s reforms to social care and it will allow the Government to fund its vision for the future of health and social care in this country over the longer term,” Treasury minister Jesse Norman said.

But not everyone is convinced of the party’s capabilities of doing so.

Commenting on the announcement, Jones said: “I don’t know why we trust the Tories to make this legislation when we all know they have absolutely no f**king clue.

“The Tories tried to justify the removal of essential support by claiming that it helped improve independence. That’s like the proverb about giving a man a fish: it works, unless that man has no arms, no fishing rod, and lives in the desert.

“If you teach that man to fish, you killed him. Just give him a f**king fish!”

She then went on to tackle benefits assessments, describing the process as “ludicrous”.

“A stranger comes into your house for 10 minutes, has a look at you and makes a decision that affects the rest of your life.

“I mean, sometimes, a snap judgement is accurate,” she said, before turning to Kumar. “D**khead.”

“Involve us, ask us, and stop speaking for us”

Concluding her monologue, Jones said that the government’s social care plan “reads like not a single disabled person was involved in it”.

“How on earth are we ever going to make change if our fates are decided for us by a bunch of cretins who wouldn’t know a group of disabled people even if we ram raided parliament with our scooters, frames and chairs – which, I’m not suggesting, but I am free on Tuesday.

“But it’s just not up to us lot. It’s a job of able-bodied people to be good allies and to fight our fight with us.

“You’re fighting for a group you could belong to in the future – if you’re lucky.

“Involve us, ask us, and stop speaking for us. Thank you,” she said.

Jones’ remarks have since seen her branded a “legend” online, with Twitter users describing her appearance on Late Night Mash as “fabulous” and “outstanding”: