The City of London Police officer, known as BX44, was giving evidence anonymously at the Old Bailey. 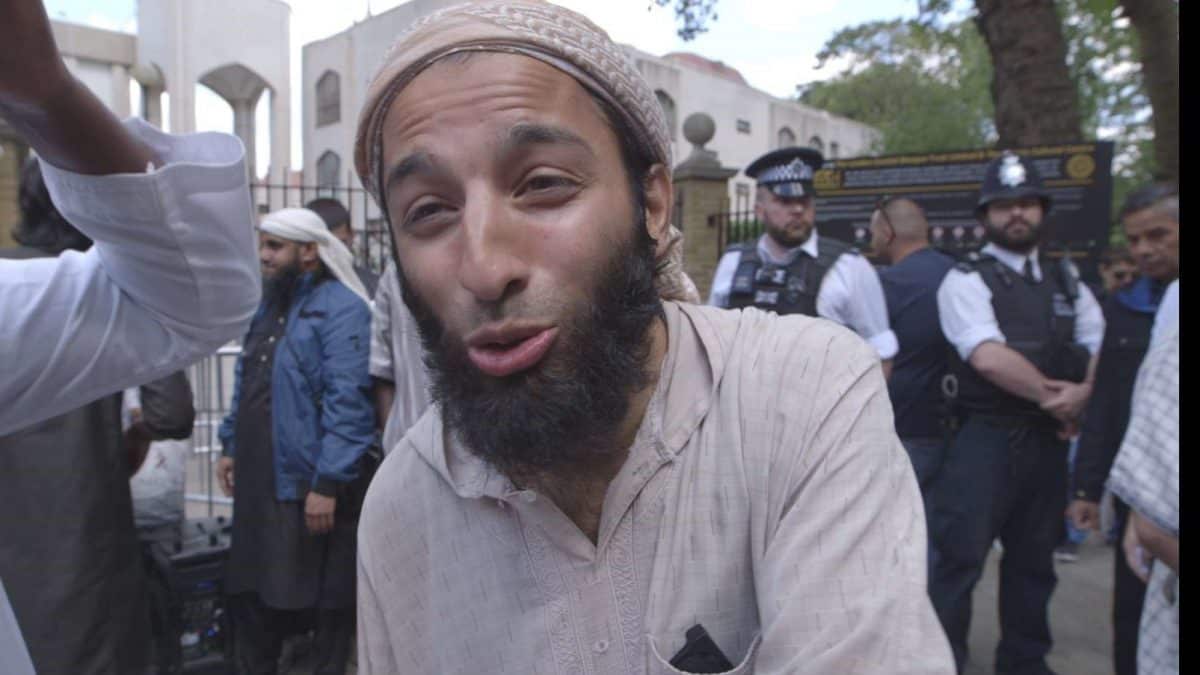 A rookie firearms officer has told an inquest how he fell over and shot one of the London Bridge terrorists on the ground through his legs fearing he was about to be killed.

The City of London Police officer, known as BX44, told jurors that the confrontation with Khuram Butt, 27, Rachid Redouane, 30, and Youssef Zaghba, 22, was his first spontaneous firearms incident.

As he got out at Stoney Street at Borough Market, he saw three Asian men with large knives emerging from a crowd “closing us down”, he said.

He fired first at Butt because he thought he was about to kill his colleague BX46, who was first out of their Armed Response Vehicle (ARV).

Giving evidence anonymously at the Old Bailey, BX44 said: “The red dot (from the gun’s sights) was on him but there was very little reaction and I was surprised he was still coming.

“I continued to track him and fire shots until I had to break away to deal with Rachid Redouane who at this point was closing us down and was about to kill another colleague, BX45.

“The red dot was on him. I fired shots and there was no immediate reaction. I carried on firing until I had to deal with the third threat of Youssef Zaghba who was on top of me.

“I thought he was about to kill me.”

Afterwards, he kicked Zaghba’s hand away from his chest, as he assumed he was about to detonate an explosive belt, before moving on to support BX46, he said.

BX44 told how minutes after the first burst of gunfire, he saw Butt’s chest rise and fall.

He said: “I did not see his hands but his arms started to move down slowly towards the suicide vest.

“I thought he was going to detonate. I fired shots. They were aimed shots.”

The officer said he could hear colleagues also firing from his cover behind a pillar opposite the Wheatsheaf pub.

He said: “I thought he was dead and officers were in the process of moving up to the Wheatsheaf pub to evacuate and during that I again noticed movement and took further shots.”

BX44, who fired 17 shots, went on to help in a search for a fourth possible attacker, carried a woman having a seizure to safety, and found three people in a cupboard during a search of the nearby Black and Blue restaurant.

When the call came in of pedestrians being struck by a van on London Bridge, he said he “feared the worst” – a copycat terror attack like the one at Westminster three months before.

On route to the scene, Operation Plato was declared for a “marauding terrorist attack” and his role was to “identify, locate, confront and neutralise” the suspects, he said.

As they neared Stoney Street, he said he saw people with “terror, fear and concern” on their faces saying “they’re stabbing people”.

He told jurors: “I could see a lot of commotion and a lot of people.

“My initial reaction was a bar fight that had spilled out into the street.

“I could see either a chair or bollard being thrown but I could not see what was the cause of this commotion.

“My next recollection is seeing an Asian male in front of our car wearing a blue Arsenal football shirt.

“His attention seemed to be on our car and I could see he had a large knife in his hand.

“I formed the view he was an immediate threat to me and I would have said words to the effect ‘armed police, stand still, drop the knife’.”

He told jurors that the whole incident lasted a matter of seconds and that he had hoped to “dominate him verbally”.

But as he moved back to create a gap, he said Butt came forward to be one or two metres away from him.

He said: “I believe his intention was to use the knife and stab me, kill me and get hold of my weapons.

“The knife was in a raised position, which gave me great concern.

“At this point I was aware that around his torso he was wearing an improvised explosive device.

“I already knew he had a knife and he was a threat to my life but now he was an even bigger threat, even with one or two metres, a detonation would be fatal to colleagues, members of the public, anyone in the location.

“So I aimed my rifle towards the male and I was moving back quickly and I moved the fire selector lever to fire and I pulled the trigger.”

BX46 said he was not aiming at any particular part of Butt’s body as he was still moving backwards quickly and was “off balance”.

He told jurors that he fired a “number of shots”, adding: “I stopped firing when the male fell to the floor in front of me.”

The officer said he looked around and saw his two colleagues dealing with the other suspects.

BX46 said he saw his colleague BX44 fire towards the Wheatsheaf pub, near where Butt had collapsed.

He saw Butt moving his head off the ground as he lay injured, jurors heard.

BX46 told jurors: “I used lethal force to avert the danger of him detonating his device. I took an aimed shot to his head.”

Driver BX45 told the court: “As soon as I stopped the ARV two males started running towards where I was getting out of the driver’s side.

“They were very close to me indeed, a matter of a metre or two. Both males had knives in their hands. I recall seeing one of them had what I believed was an IED (improvised explosive device) strapped to his chest.

“I shouted a verbal warning. It was a matter of a split second and the person was on top of me. I thought I was either going to be stabbed or his IED would explode. I shot the male. I continued shooting until the male hit the floor.”

Amid the fast paced incident, BX45 said the handbrake on his ARV had not been put on and the car slowly rolled forward and stopped about 15 metres away.

In all, BX46, who was the operational commander, said he discharged six rounds.

Butt, 27, Redouane, 30, and Zaghba, 22, were all shot 10 minutes after embarking on a van and knife attack which left eight dead and 48 injured.

The inquest has heard that one pub-goer in the Wheatsheaf was inadvertently injured by a stray bullet.

Between them, the three firearms officers fired 31 shots.