England’s most senior Catholic clergyman, Cardinal Vincent Nichols is to face questions at the Independent Inquiry Into Child Sexual Abuse (IICSA) today. The Archbishop of Westminster was due to appear last month, but pulled out of the central London inquiry due to ill health. He will face questions from the inquiry about his time as […] 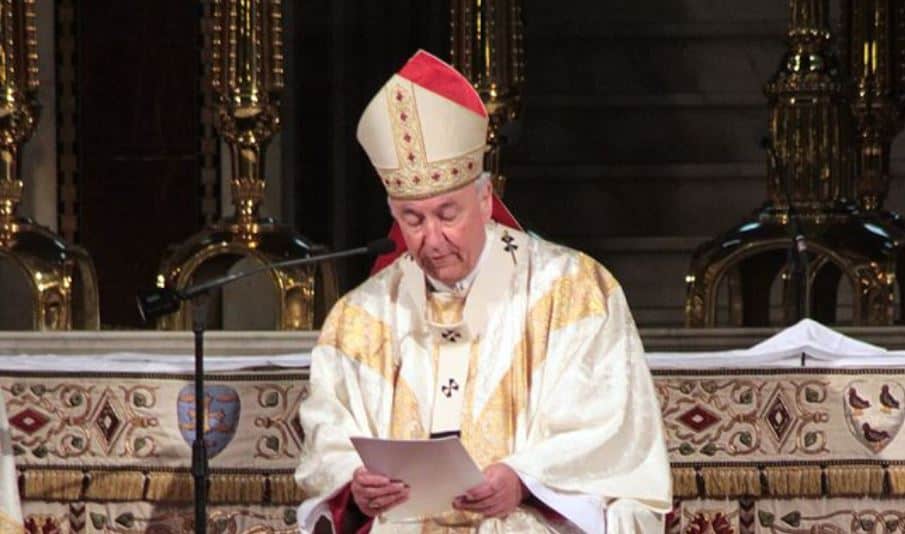 He will face questions from the inquiry about his time as Archbishop of Birmingham, and the handling of allegations of abuse by four priests, including the now dead Father John Tolkien, the son of Lord of the Rings author J. R. R. Tolkien.

The inquiry has heard evidence that the Roman Catholic Archdiocese of Birmingham may have been aware of sexual abuse by Father John Tolkien, alleged to have made scouts strip naked in the 1950s, when he was based in Sparkhill, Birmingham.

The investigation has revealed a note from around the time that Mr Carrie reported the abuse, written by Archbishop Maurice Couvede Murville that suggests that before Fr Tolkein died in 2003 he had admitted the abuse and may have been sent for treatment.

The note suggests the Archdiocese of Birmingham had been aware of abuse allegations as early as 1968, yet they were not reported to the police.

Cardinal Vincent Nichols, the Archbishop of Westminster, is expected to be questioned today about why when he was Archbishop of Birmingham between 2000 and 2009, Fr Tolkien was still allowed to practice, despite promises made to his victim.

Fr Tolkien denied allegations against him and when further allegations emerged police investigated. Yet the Crown Prosecution Service decided not to prosecute the priest after a medical assessment shortly before his death.

The IICSA is also investigating the response to the cases of priests Samuel Penney and James Robinson, both of whom were convicted and imprisoned for child sexual abuse; and one other priest, who has not been charged with a crime, and is not named by the inquiry.

“Those who instruct me take the view that the evidence so far presents a picture of the Church as a clear and present danger to children as it is structurally organised,” said Mr Jacobs, warning that the Church’s attempts tobuild effective mechanisms since the Nolan Report in 2001 are “clearly not working.”