An activist labelled the scenes in the video as "the peak of brutality" as the hashtag #RomaLivesMatter circulated on social media. 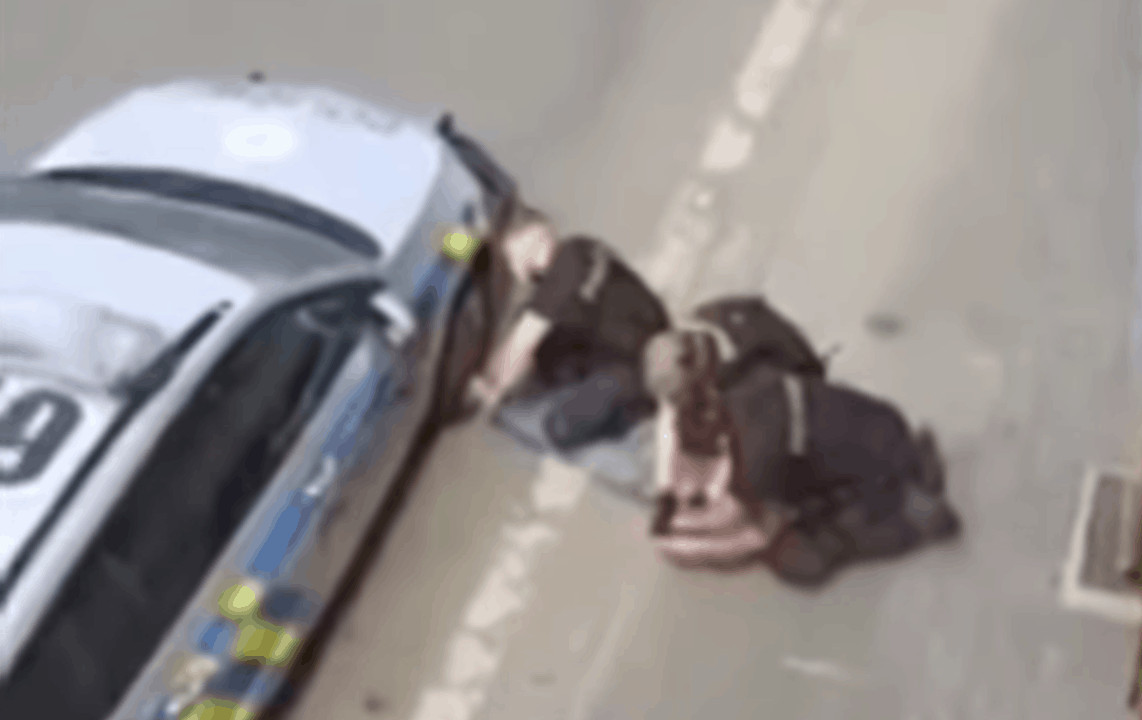 A Roma man died after police in Czech Republic kneeled on his neck for several minutes.

A video of the police intervention in the city of Teplice has been massively shared on social media.

Michal Miko, director of Romanonet, a Czech group coordinating Roma minority organisations, labelled the scenes in the video as “the peak of brutality” and later shared the hashtag #RomaLivesMatter.

An ambulance was called to the scene, but the man died inside the vehicle.

Police deny their intervention caused his death, and blame the Roma man’s alleged drug use.

Nicu Ion, UK’s first Roma councillor who won the May elections in Newcastle on behalf of Labour, said he noticed “shocking similarities to the tragic death of George Floyd” upon watching the video.

He told The London Economic: “The use of force seems very disproportionate as the victim was outnumbered by the police forces.”

He expressed concerns that the cause of death has been ruled as “drug overdose” and said the authorities did not have enough time to conduct all necessary investigations into the “actual cause of death”.

Ion called for an impartial investigation into the death of the victim which would “bring those responsible to justice.”

He added: “From my experience in Eastern European countries a vast majority of police brutality cases against Roma people are not objectively investigated and the act of justice is highly biased.

“I will follow up this incident as this is one of the many cases of police violence against Roma in Eastern Europe.”

Michael Daduč, a Roma activist who has been living in the UK for 14 years, told The London Economic: “People in the Czech Republic are angry. There was a lot of injustice.

“I am a former police officer from Czech Republic, when I saw what they were doing I thought they shouldn’t have done what they did. They should have put him in a car and removed him.”

Honorary Consul of the Czech Republic in the UK Petr Torak, who moved to Britain more than two decades ago because of racially-motivated attacks, said: “It’s too early to draw conclusions, but the video shows that another person died because of a police intervention. Is this a a Czech version of the Floyd case?

“I will keep a close eye to the investigation and I hope that if the police is proven guilty, the Czech legal system and the whole society will condemn the police brutality and take measures to prevent this from happening in the future.”

Michal Mižigár, a Romani student of comparative history from the Czech Republic, said what happened is not the first case of Roma people being victims of police brutality – and that this happens across other European countries too, such as Hungary, Slovakia and Romania.

He told The London Economic: “We in the Roma community are aware of the fact that this can happen to any of us.”

But he thinks he should be alive: “He didn’t have such big problems with drugs as he had in the past.

“He was a young person who was looking for a new job and a new life, and was respected.”

“They shouldn’t have used the knee on the neck because he suffocated and preliminary autopsy says that he died because of drugs.

“He was put on the hot asphalt road and he was suffocating so this made him die,” he added.

“They have no power”

He expressed sadness at the fact that Roma people were watching the man and did not tell the police to stop kneeling on his neck.

He said: “I think they didn’t say anything because they were afraid, they have no power.

“This is the result of the long-term persecution because Roma people weren’t allowed to speak their language, and children are being segregated in schools.”

A spokesperson for the emergency rescue services in the Ústecký Region, Prokop Voleník, said a fight broke out between two people who were allegedly under the influence of drugs.

“When the police patrol arrived at the scene, one of the men fled while the other was subdued by the officers and handcuffed,” police spokesperson Veronika Hyšplerová told Blesk.cz. Police said a doctor recorded the preliminay cause of death as drug overdose, and an autopsy has been ordered by a court to establish the exact cause of death, according to Euractiv.