Donald Trump's long-time friend said “I can’t believe I’m arguing with this Negro" in an interview with Morris O'Kelly. 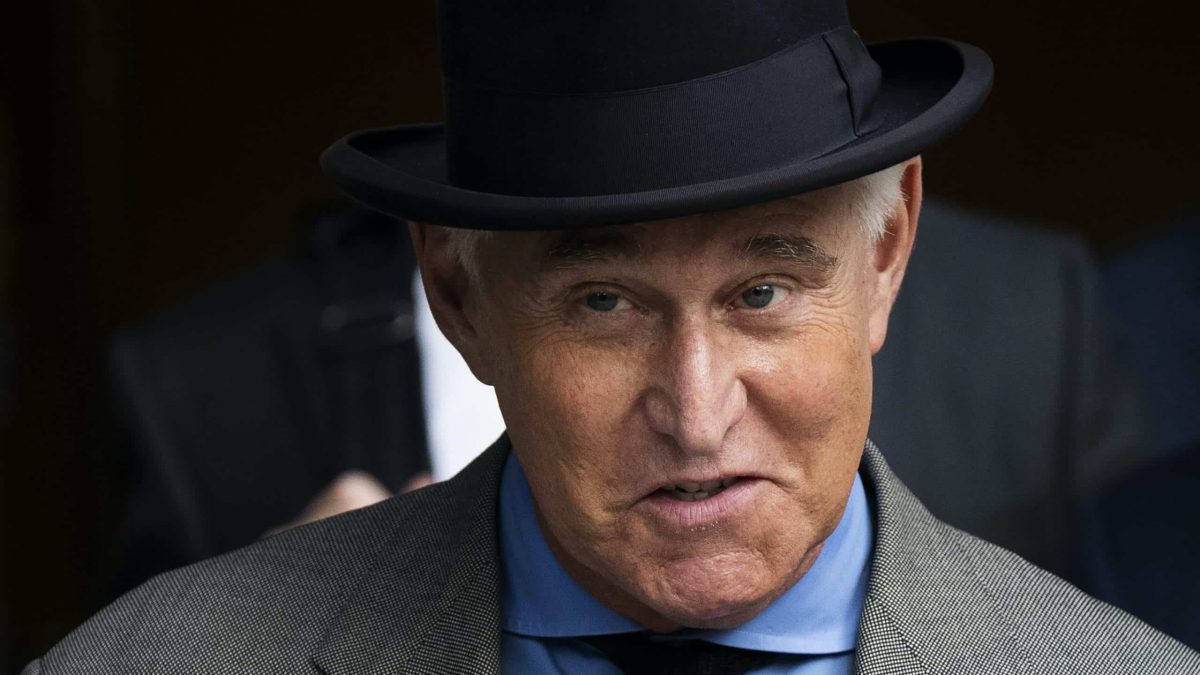 Roger Stone, a long-time friend of Donald Trump whose 40-month prison sentence was commuted by the US president earlier this month, has used the racial slur “Negro” while talking to a black radio host.

The exchange occurred on Saturday’s Mo’Kelly Show, whose host – Los Angeles-based Morris O’Kelly – grilled Stone on his conviction for lying to Congress, tampering with witnesses and obstructing the investigation into whether Mr Trump’s campaign colluded with Russia to win the 2016 election.

Mr O’Kelly wrote on his show’s website: “Stone could have reached for any pejorative, but unfortunately went there.”

Low-calorie version of the N-word

He added: “Stone offered an unfiltered, unvarnished one-sentence expression of how he saw the journalist interviewing him.”

Mr O’Kelly characterised “Negro” as the “low-calorie version of the N-word”.

Stone’s lawyer said on Sunday that he was unaware of the broadcast and had no immediate comment.

Stone was sentenced to 40 months in prison, but Mr Trump commuted that sentence on July 10 — just days before Stone was due to report for detention.

As Mr O’Kelly asserted that Stone’s commutation was because of his friendship with Mr Trump, Stone’s voice goes faint but can be heard uttering that he was “arguing with this Negro”.

Mr O’Kelly asks Stone to repeat the comment but Stone is momentarily silent.

“I can’t believe I’m arguing with this Negro”

The first part of Stone’s statement was not entirely audible but the radio show transcribed the complete sentence as: “I can’t believe I’m arguing with this Negro.”

“I’m sorry you’re arguing with whom? I thought we were just having a spirited conversation. What happened?” Mr O’Kelly said.

“You said something about ‘Negro’.”

Stone said he had not, adding: “You’re out of your mind.”

The interview then moved on.

Roger Stone Uses Racial Slur while talking to Morris W. O'Kelly (The Mo’Kelly Show), then immediately lies about it. pic.twitter.com/UxDYIwlivZ

During the programme, Stone said the president had acted out of compassion and that the jury who heard his case had been tainted.

“I did not get a fair trial,” Stone said.

“My life was in imminent danger,” Stone added, saying he was at risk of being infected with coronavirus in prison.